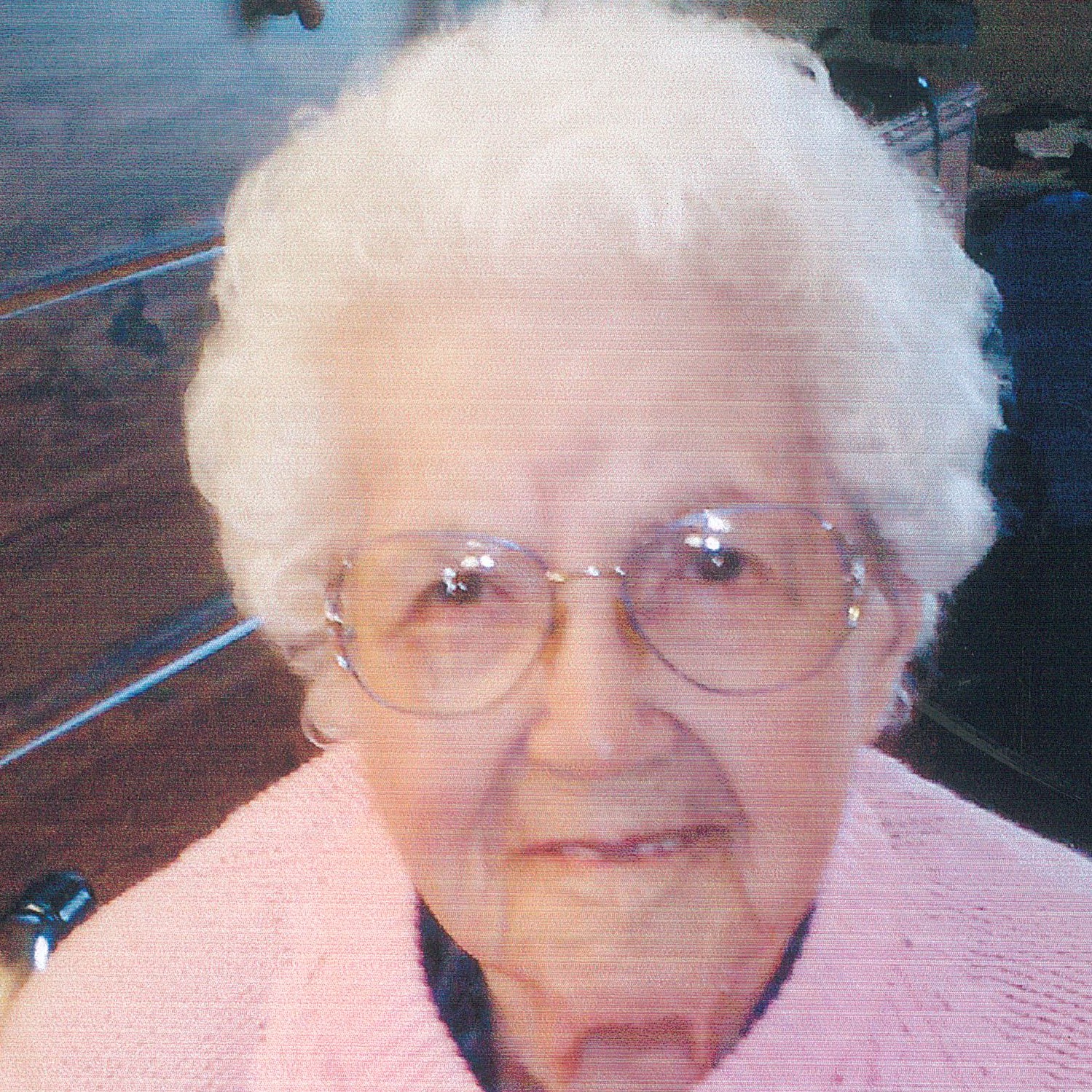 Funeral services for Ina L. Failor Arnett, 105, Lawrence, will be at 2 pm Tuesday at Rumsey-Yost Funeral Home. Private inurnment will be at a later date in Agricola, Kan. Ina passed away Fri., June 12, 2015, at Lawrence Memorial Hospital.

She was born July 25, 1909, on a farm northwest of Melvern to John and Rosa Kingery Failor. She graduated from Highland Grade School in 1924 and from Melvern High School in 1928. After graduation from high school, Ina worked in the IGA store at Melvern.

In 1937 she married Charles C. Arnett and moved to a farm northeast of Agricola. They lived there four years, and then moved one and one-half miles west where they spent 52 years of their lives. To this union were born three children: Francis Arnett (Linda) of Shawnee, Kan., Norma Henley (Jerry) of Lawrence, and Carol Arnett, Lawrence.

In her spare time, she liked to sew, crochet, embroider, and make quilts. She made sure all of her grandchildren had something she made. She also liked working in the garden, canning what she raised, and playing cards with the community card club.

She had five brothers, Larren, Roy, Ray, Lee, and Glen, and one sister, Ola Fine. All six preceded her in death.

Memorial contributions are suggested to Wlliamsburg Methodist Church, in care of the funeral home, 601 Indiana St., Lawrence, KS, 66044. Online condolences may be sent at rumsey-yost.com.

So sorry to hear about the loss of your mother. I remember coming to your house and having hamburgers for breakfast. I thought your mother was the best ever. We always had to have eggs and toast for breakfast. I know you will miss her. God bless. Diana

Surely this lovely busy lady will be missed by her family and friends. I did not know her, but I can see how many lives she must have touched. May God care for her kindly in His arms until the day of resurrection.
Beccy Strohm

With deepest sympathy to the family. My thoughts and prayers are with you at this difficult time. Linda Noel