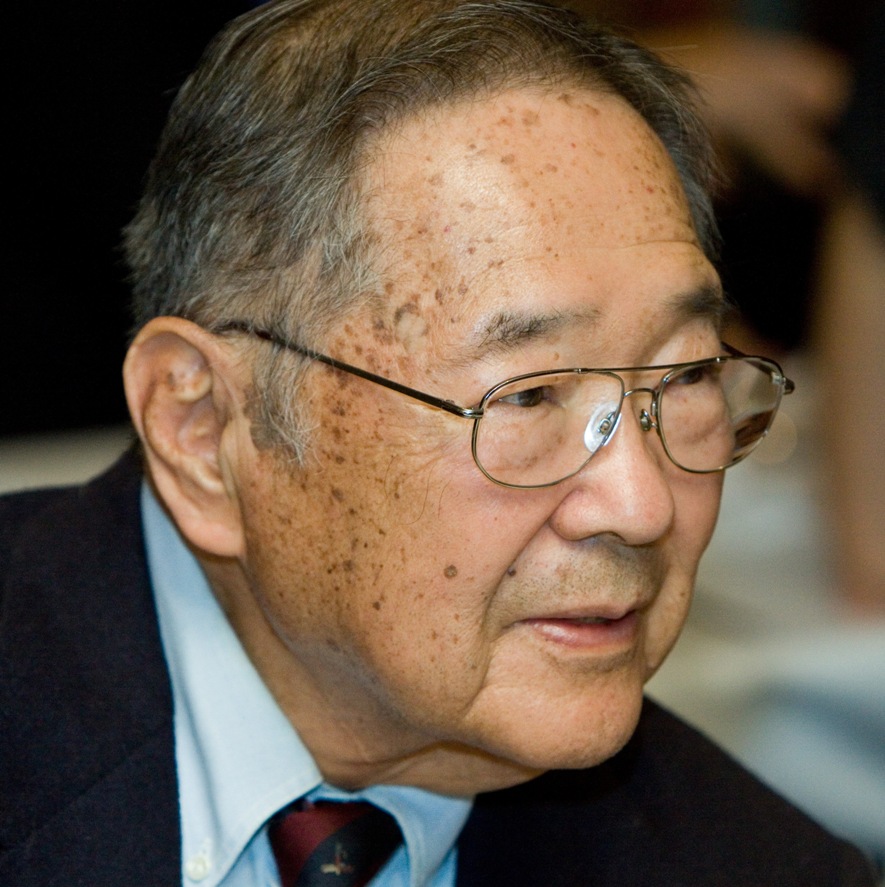 Reynold T. Iwamoto, 86, passed away at his home in Lawrence on Wednesday, June 17, 2015. He was born on Nov. 20, 1928, in Honolulu, Hawaii, the son of Shigeo and Hatsu Iwamoto.
He graduated from the University of Hawaii with bachelor’s and master’s degrees and received his Ph. D. from Harvard University. Mr. Iwamoto then was a part-time instructor and a postdoctoral scholar at Princeton University. For 35 years, Mr. Iwamoto was a professor of analytical chemistry at the University of Kansas. He also was an avid fly fisherman.
He married Kuniye (Florence) Yoshida on Dec. 23, 1951. Also surviving are a son, Bryan; daughters, Karen and Ellen; five grandchildren; and a brother Robert, and a sister, Bernice.
A private family burial will take place at a later date.
Online condolences may be sent at rumsey-yost.com

I knew Rey through LMH, and I will truly miss him! He was always so pleasant, kind, always a smile on his face. I admired him greatly! He will be missed.
Sincere condolences.

From Rich Givens and family...

Dear Florence and Family;
We were saddened to learn of Rey’s passing last week. Rey was a great colleague and a good neighbor (for the past 12 years). I especially remember Rey’s good sense of humor and his hard work ethic as a member of the Chemistry Department. He was a good colleague and friend and an exellent fly fisherman.

Bryan, my heartfelt condolences to you and your family with the loss of your father. Fond memories of him from many, many years ago. A lovely man.

Dear Florence and family, I am very sorry to hear of Rey’s death! For many years Rey and I shared adjacent offices at KU, we went on some long bike rides together, and we even canoed down the Wakarusa on one occasion years ago with Bryan. We have missed seeing him lately at our monthly lunch gathering for chemistry retirees. Rey was a valuable colleague and a good friend, and I have fond memories of him!
Grover Everett

From Jack and Carolyn Landgrebe...

Carolyn and I are saddened to learn of Rey’s death. He was a wonderful mentor and teacher to his many students in the Chemistry Department for so many years. He was one of the individuals who helped develop a very strong tradition in the department for research excellence in analytical chemistry. We will miss him very much.

Ellen, my condolence to you and your family. I truly respected your father. He was a wonder teacher and a caring individual. “The charm of fishing is that it is the pursuit of what is elusive but attainable, a perpetual series of occasions for hope.” John Buchan. Rest in peace Dr. Iwamoto.

Karen, I’m sorry to hear of the passing of your father.