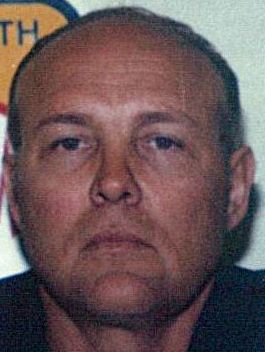 A Celebration of Life for William E. ‘Bill’ Merkel, 72 rural Lawrence, will be at 7:00 pm Thursday, July 16, 2015, at Rumsey-Yost Funeral Home, with Chaplain Paul Reed of Visiting Nurses officiating. A visitation will follow the service. Bill passed away Wednesday, June 24, 2015, at his home.

He was born April 4, 1943, in Lawrence, the son of Larry and Mildred Harris Merkel. He graduated from Lawrence High School in 1961. He served his country as a U. S. Marine. He worked in the auto body and wrecker service business for many years. He was a scuba diver and did underwater recovery. Bill was an avid drag racer and 4-wheeler and built and repaired many 4WD vehicles. In mid-life Bill completely changed careers and became a paramedic and firefighter working for Douglas County Ambulance, Leavenworth County EMS, and the Pottawatomie Tribal Fire Department.

Bill had a wide variety of interests, all of which centered around helping others. He taught CPR classes, avalanche education, fought forest fires in Wyoming and Montana and has been a member of the Snow Creek Ski Patrol for 26 years. Bill was recognized and received his National Appointment to the National Ski Patrol. He was a founding member of the Reno Township Fire Department and served as a Captain and Assistant Fire Chief. Bill helped his wife run the Corral Club many years ago and for the last 20 years assisted her with operating Sundance Emu Ranch.

Bill married Ann North Cripe on January 6, 1980, in Lawrence. She survives of the home. Other survivors include two brothers, Bob Merkel and Jim Robinson, both of Lawrence, two grandchildren, William and Dana, two great grandchildren,
and daughter-in-law, Joan Merkel. He was preceded in death by his parents, his son, William Edward Merkel, two brothers, Melvin and Paul Merkel, and one sister, Georgia Jessup.

The family suggests memorial contributions to Visiting Nurses/Hospice, in care of the funeral home, 601 Indiana St., Lawrence, KS. 66044. Online condolences may be sent at www.rumsey-yost.com

My Sympathy and condolences to you and all of Bill’s surviving Children and grandchildren. May peace be with you and yours in this time if sorrow.

From Friends at Snow Creek...

Ann and family, We are sorry for your loss. Bill will be fondly remembered and missed at Snow Creek.

Ann, so sorry for your loss. Our deepest sympathies go out to you and your family. Your are in our prayers.

Ann, I am so sorry to hear of Bill”s passing. You are in my thoughts and prayers. You take care.

I am sorry to hear of Bill’s passing. May God bless and watch over you.

Ann sorry for your loss

Ann, we are thinking of & praying for you & family. We are sorry for your loss.

From Barbara and ray dennis...

So very saddened to hear of bill’s passing. May you find peace knowing thAt he suffers no more and that you will again be together. We are in salt lake with Judy. It is she who told us
Our love to you

Ann, you have our deepest sympathies for you and your family. May God bless you and comfort you during your time of grief. Our prayers are with you.

Oh Ann, I am so sorry for your loss. I can only imagine how you will miss him. I also pray that you hold onto our Lords promise that you will see him again and that will give you the strength to face each new day. Katy

Ann – I am so sorry to hear about the loss of your husband. My hope is that as time passes you will feel peace and comfort.

Sorry to hear of your lose , bill was a
classmate (class of 1961) we shared a
table at our last reunion

Deepest sympathy for you, Ann, and for your family. You will be in my thoughts and prayers.