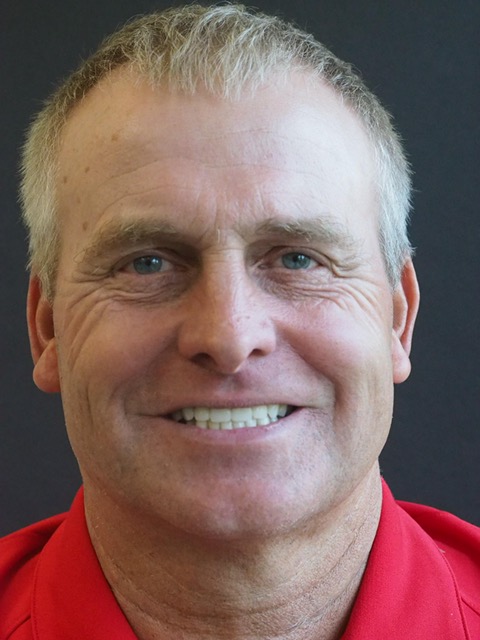 Ray was an avid outdoorsman, as well as a competitive fisherman. He also enjoyed hunting and playing golf.

Ray retired as a Captain from the Lawrence Police Department in 2011 after over 27 years of service. He thrived on a life of service both in his career and his personal life.

Ray spent his time on this planet providing security and love to those around him. He enjoyed 25 years of marriage with his wife Kerrie, and loved working on their home and property.

Everyone that encountered Ray left a wealthier human being. He truly had a selfless spirit and could make a lifetime friend in a moment. He treasured time with his family and friends.

Ray was preceded in death by his father, Roland Urbanek, and his brother, Randall. He is greatly missed by his family and friends.

Services will be held at Lawrence Free Methodist Church, 3001 Lawrence Ave. in Lawrence, on Friday, December 15th, at four o’clock in the afternoon.

In lieu of flowers, memorial donations can be sent to the Fraternal Order of Police Lawrence Lodge #2, the Kansas Walleye Association, or the Lawrence Humane Society, in care of Rumsey-Yost Funeral Home, 601 Indiana St., Lawrence, KS, 66044.

Ray was a great man..I just wished I got to know him better..I have enjoyed the times we got together to go Pheasant hunting in Ellsworth,KS.
I will never forget the time my Dad,( John Fieth) & I met Chris Ogburn & Ray out at Clinton Lake..I think we ended up catching like 40 or so Crappie.. It was the best wintertime fishing I ever had!!..I think Ray had since of where the Crappie were hiding out..lol

So sorry I couldn’t make it to Ray’s funeral. He was always smiling and will be greatly missed.

I’m not good at writing down my feelings but I just want
The family to know how missed Ray will be!
You could always count on Ray to have you’re back!
He treated me more like a family member than just a friend,
Most of my favored memory’s were with Ray,his dad Rollin and cousin Chris ,crappie fishing,tournament fishing,or hunting trips ,
I always looked forward to Rays stories and jokes!
Thanks for the memories Ray !!!!!!

Ray was in my Grandpa’s (James Malson) catagorie in law enforcement. My grandparents thought so highly of him. I’m so sorry for your loss. Hold all of your memories close and remember all of the laughs and love you all shared. You are in my thoughts and prayers.

From Gaylord and Sue Anderson...

Kerrie, Words are never adequate in moments like this. We will say though that our hearts go out to you and we have many great memories since we were privelleged to have known Ray. Our thoughts and prayers are with you during this sad time. May the care and love of those around you provide comfort and peace to get through the days ahead.

From Brad Johnson and Family...

Ray was an awesome Co-worker and friend who I always appreciated and looked up to. His generosity was unmeasurable and his compassion was obvious toward anyone he encountered. I will miss you greatly as will all the lives you touched in so many ways. Kerrie, may God comfort you now and each day forward.

I always enjoyed working with Ray. I am so sorry for your loss.

Kerrie,
Jim and I are heartbroken at this; and our prayers are with you and also Dustin and ALex; part of our ‘boxer family’. May God give you peace.

Hearts are broken all over from this sad news💔. A very, very good man. This I know, for sure. Kerrie, our thoughts are with you, Bella, and your family. .
God bless you, Captain. You will be sorely missed for a long time to come. Amen.

Ray played on our Busch pool team many years ago. Him and I spent many hours on the water at both Clinton and Glen Elder fishing for Walleye. I remember when he had his home phone number listed under his dogs name , Abby Urbanek… RIP old friend you will truly be missed here on earth by many…

I’ve known Ray for more than 20 years of fishing the Kansas Walleye Association. He always put a smile on everybody’s face…especially when he was given you a ‘Hard Time’ about something! He loved it when you gave it right back to him. I truly looked forward to seeing Ray every weekend we had a tournament. My fondest memories were winter Crappie fishing without the chore of putting on a tournament…just fishing, enjoying ourselves and catching up on life. My sincere condolences to Ray’s family and close friends.
Ray…you, my friend, will be truly missed.
Sincerely,
Your Friend, JJ

Kerrie I’m so sorry to hear about Ray. He was such a nice man. Your in my thoughts and prayers.

I was related to Ray by blood as a cousin but in reality more like brothers. Grew up huting and fishing together and various other adventure I won’t mention! Ray and I were Tournament patners in the WKA for 20+years and spent literally 1000’s of hours together on the water. He loved fishing as much as I did and was good at it!
He was also a huge help to my Mother and family after Dad past away and it was greatly appreciated.
A truly good person and alwayd had a smile on his face. He will be greatly missed by many but few more than me.

Mathew 5:9, Blessed are the peacemakers for they shall be called the children of God. Ray will have a special place in Heaven, having spent his life a peacemaker. Anyone who knew Ray knew that he was special. Kerrie, you and the family have my most heartfelt condolences. Ray’s heart was pure and Ray’s fellow man reaped the benefit of his kindness. May God bless and keep Ray forever.

I feel blessed to have met Ray on a cruise 19 years ago and to have spent time with Kerrie and him at their beautiful home. He was a good man, and I am so sorry for your loss.

Ray was a great guy and will be sorely missed. I’m thankful that I was able to spend the time with him that I did.

So very sorry for the family’s loss of a wonderful man. I encountered Ray a few times when he was an officer with LPD, and he was a very personable guy, I truly enjoyed those encounters as he was very helpful and kind.

I met Ray years ago through fishing. Me and a friend of mine were supposed to meet up with him at South Dakota several weeks ago for a hunt but Rays dog Bella was injured and he returned home to seek care for her. I kept telling my friend how much he was going to enjoy Ray because he was just a great solid guy to be around. I wish he would have been able to meet him and I feel very fortunate to have known him. You are in my prayers

Speaking for all the employees and Board of Directors of Rural Water District No. 5, we want you to know how much we appreciated and enjoyed Ray’s service on the board. We are deeply saddened by his death. He was a joy to be around.

My heartfelt sympathy to you Kerrie, your family, all brothers/sisters in blue who knew him. A wonderful man I’ll always remember. So very sorry Kerrie! Wishing you the best in the years ahead.
Tim Cronin
Ottawa PD Ret.

Much love to Kerrie and family. A truly great person has left us and my heart is very sad. The world lost one of the ‘good guys’ and he will be missed by many.

Super great guy and friend you will be missed. Steve and I are so glad we had the honor of knowing you. Prayers and love to Kerrie and the family

Kerrie my condolences to you. Ray was a great guy. I loved working with him. Even after we both got out of law enforcement i loved just talking with him. I am sorry for your loss.

Urbanek family, I am so sorry. Ray was definitely one of the good guys of this world. When I started Capitol Police in 1983, he was one of my awesome young trainers. I wish there was something I could do to help yall thru this. If there is, do not hesitate to call on me.

An amigo from the days/nights as security officers at CASP…(late 70’s/early 80’s) good man too soon gone .RIP

From Charlie and Donna Bannister...

Knew Ray for 37 years. I am so very shocked and overwhelmingly saddened at his passing. Much love goes out to his family members at this terribly sad time.