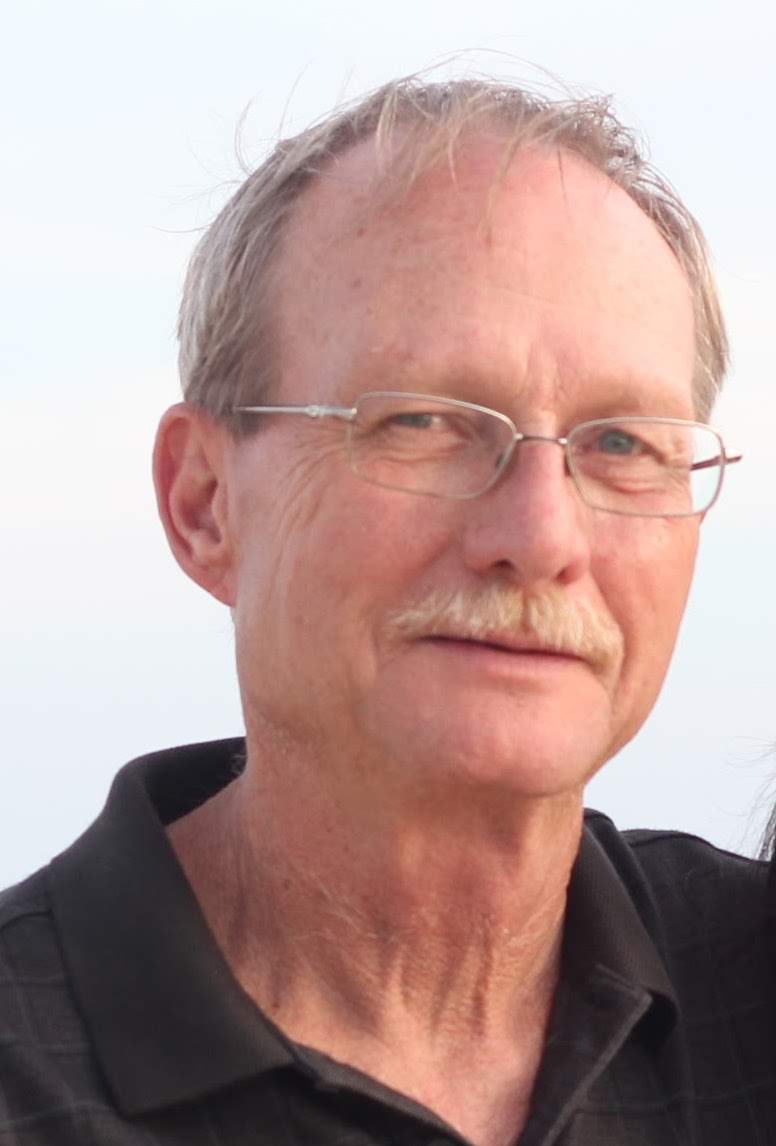 Steve was born September 13, 1955 in St. Louis, Missouri to Robert E. and Paula (Eastwood) Painter. On September 9, 1978, he married Phyllis Anne Clarkin. Steve and Phyllis shared a rare type of love filled with affection, deep respect, and almost constant harmony. They raised two daughters, Amanda (Painter) Ingham and Stephanie (Painter) Hildreth, and one son, Craig Painter. He was also a devoted grandfather to six grandchildren, Isabella Manes, Dylan Ingham, Colby Painter, Lucas Ingham, Hudson Painter, and Lilliah Ingham. Loving him in life and devoted to caring for him in his final days are one daughter-in-law, Jayme (Grimmett) Painter and two sons-in-law, David Ingham and Steven Hildreth.

Steve received his journalism degree from the University of Missouri School of Journalism and worked as a newspaper journalist in Missouri, Kansas, and Arkansas. He was a distinguished reporter who believed in journalistic integrity above all else. He won numerous national and local awards for the veracity of his stories over the years, including a national award for the impact of the farm crisis on Kansas families in the 1980’s.

Steve will be remembered for his gentle kindness and wonderfully dry sense of humor. He instilled a love of the outdoors in his children, taking them camping, boating, and fishing. He loved watching basketball and baseball, but he especially loved playing sports, a passion that began in childhood and continued throughout his adult life. He enthusiastically and patiently coached his children and their friends in all the sports they attempted. His family called him the baby whisperer, as young children were drawn to his calming demeanor and he would hold and soothe his grandchildren for hours. He loved music and continuously filled his home with the sounds of his favorite musicians, frequented live music venues to dance with Phyllis, and exposed his children to the joy of live music and concerts from an early age. His favorite place to be was at the cabin that his grandfather and uncle built on the Lake of the Ozarks, surrounded by his family and friends.

Steve passed away in the arms of his wife, Phyllis, with his sister, Debbie, who introduced them, by his side.

Steve worked hard and always maintained his cool despite the sometimes chaotic life of a reporter. My condolences to his family.

Steve, the quiet journalist and family man, was noted for listening more than talking, and for getting things right. He left a big hole in our family circle. That hole is filled with memories to be kept in our hearts forever. Bye, Steve. See you later.

His mansion in heaven had been completed and he was called home. He will be there along side you all as long as hes not forgotten

Our thoughts & prayers are with you all today. So sorry we couldn’t be there. I know it has not been a easy journey these last couple of years, but you all were always there for him showing him your love & caring for him.

Phyllis and family, our thoughts and prayers are with you. We thank God for allowing us to share some time with you and Steve.

I really appreciated Steve and his amazing dedication to covering the farm crisis in Kansas. He was a class act, and I’m sorry to hear he is gone. My heart goes out to his family and friends.

It was a pleasure to work with Steve in the 80s. He was kind, gentle and absolutely solid in his news judgments. I thank those who cared for him during his last illness: you gave Steve and all who valued him a great gift.

Steve was a fine journalist and an even finer person. He had a well-honed sense of humor and he was patient in stressful situations. It’s good to know that his family were with him. I’m praying that you find strength in the good memories.

I got to work with Steve covering the 1997 Kansas Legislature. He grasped everything so easily, wrote it so quickly, wrote it so well and stayed calm the whole time. He was a wise and gentle soul. So sorry for your loss.

I’m sorry for your loss. Steve was a good guy and quality journalist. Had the pleasure of working with him at the Eagle.

My condolences to all of you. Steve’s gentle manner and dry sense of humor were a delight to all of us lucky enough to have worked with him at the Eagle. That smile and the twinkle in his eyes kept us all going.

Steve was a trusted and valued colleague of mine when we worked on the Neighbors sections. He was a steady, kind and gentle guy with a sharp understated sense of humor. He was about the best copy editor I ever worked with…a true pro and gentleman. RIP Steve…

Stephanie and Family, we would like to express our sadness in the passing of your father. We didn’t know him, but your love for him was very evident every week when we asked for prayer requests at our weekly meeting. Your family is in our thoughts and prayers as you go through this difficult time! We pray that God will wrap His arms of love around all of you as you grieve and that He will give you strength and comfort as only He can do!
Andrews Farm & Seed family

Steve was one of the most professional and dedicated journalists I’ve ever known. A quiet, understated man with a gift for his profession. Thinking of his family with love and concern.

So sorry to hear of Steve’s passing we were in school together. He was a great guy Condolences to the family & God bless

Phyllis and Family, I’m sorry to hear about Steve. He was a good man and a good colleague. My sincere condolences.

So very sorry for your family’s loss! I never knew Steve very well, but I know he had the most caring wife any man could hope for! Bless your whole family! Know that Steve is in a much better place!

Love you guys. Your California cousins know the pain of ALZ all to well. You are in our prayers!

Steve is an inspiration for us all. He will be with us always. The Memorial Service in Lawrence, KS, home of Kansas University, is more than a tribute to his service. Steve’s work is a tribute to Journalism as it should be. Steve will always be with us.

Our prayers and love to you, Phyllis, and your family❤️🙏🏼❤️

Prayers to your family

From Mickey and Bob...

We’re sorry to hear of the passing of your brother, Steve. Debbie, you, Jim, and your family will be in our thoughts and prayers.

Thoughts and prayers for you and yours Phyllis

A gentle, kind and calm man who welcomed my son into his family with love and acceptance. x

Sorry to hear of Steves passing. I lost a friend of years ago in Steve