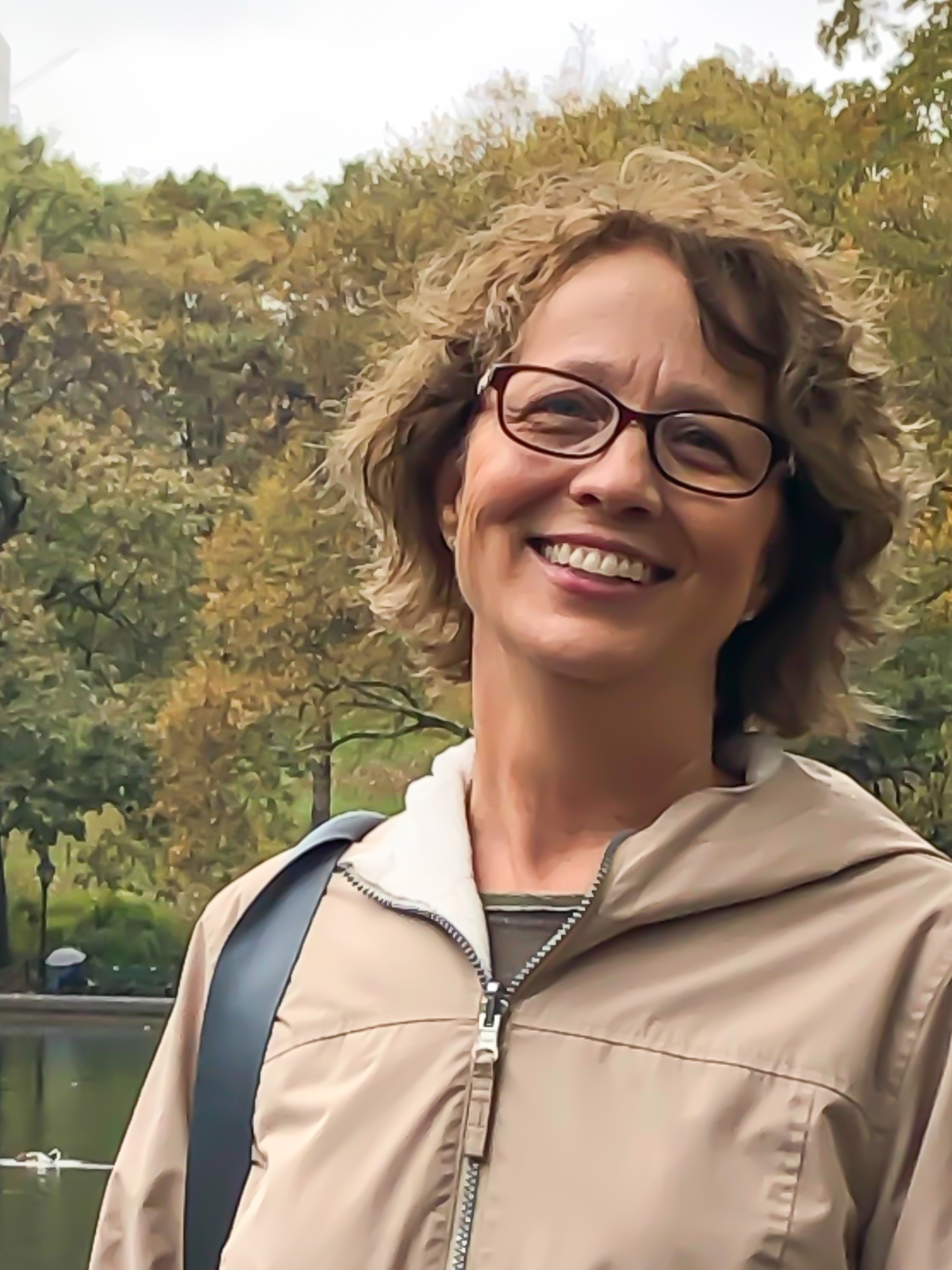 Sheri was born in Lawrence on May 5th, 1963. She grew up with her brother, Kyle Petrie and sisters, Jeri Jo Powers and Teri Smith with two loving parents, Gerald and Laura Petrie. Later in life they adopted her youngest brother, Steven Petrie. Growing up in Lawrence, Sheri was the dreamer, the artist, the tender hearted one who selected Christmas trees based on the one she thought needed a home (AKA the saddest looking tree on the lot).

She married the love of her life; Mike Nieder on April 17th, 1982. The start of an amazing (and her proudest) adventure. In their almost 38 years as partners they started and ran multiple successful businesses and built their lives as a family of 6 – Jerod (38), Brityn (36), Taeler (30) and Cale (27). Sheri simply enjoyed having “all of her babies” in the same place, no matter the location. As a family, they enjoyed vacationing, marathon shopping days and simply being at home on the back deck.

In 2017, Sheri was diagnosed with breast cancer. Her journey with cancer was long and tough, but there isn’t a stronger woman cut out for that journey. You wouldn’t hear Sheri complain, you would never hear a negative comment about the treatments she was going through and she simply “Never Gave Up”. Unfortunately, the cancer got to a point of being untreatable and, again, she wouldn’t let cancer win. She took her fate into her own hands and chose to spend the rest of her time with her family at home surrounded by love and support.

Sheri was known for many things:

“The Friendly Voice of Jayhawk Guttering” – Sheri and Mike started Nieder Contracting, Inc. and later purchased Jayhawk Guttering. A proud family-owned, local business that was able to support the family of their dreams.

Sister: Our closest confidante and the one whose quick wit brought laughter to our lives. We are forever grateful we got to live this life with her. We will see her again one day.

Friend: Sheri had many close friends and she always asked everyone about their families. She loved to go to Friday night dinner and Taco Tuesday, especially if the venue had a good cheeseburger and a great chocolate dessert. She was always there and would always make her friends find the positive in almost any situation. She had been given many obstacles in life, but she never complained, and she always saw the bright side and felt that she was a blessed and lucky person because of her family and friends. She will be missed dearly by everyone that knew her and had the privilege of being her family and friend.

The creator of the Lawrence Elves. A non-profit organization that gave back to children in need in USD 497. The idea stemmed from Santa in which donors remain completely anonymous and surprised children with necessary items or services for them and their families. Sheri was always very resourceful, and she used her skills to combine small donations to make a big difference. Since shoes were a common request, she was able to partner with shoe stores to acquire large quantities at lower costs to stretch donated funds further. One family had an unfortunate situation with an insect infestation and couldn’t afford extermination, therefore the kids were coming to school covered in bug bites. Sheri was able to rally her troops and pretty soon, thanks to the Lawrence Elves, she learned that the kids ran to their counselor one day at school and cheerfully declared that they didn’t have any itchy bites.

After her son’s accident in December 2011 Sheri decided to devote her time to Jerod’s recovery and handed over the Lawrence Elves foundation to Kristen Price. Sheri and the rest of the family have seen Jerod through many ups and downs on his journey including his hip surgery in California and finally receiving an epidural stimulator and continued therapy in Louisville, KY.

Nona – the nickname her grandkids, Enzo (8) and Sloan (5), so lovingly called her. She was the most “extra” of grandparents. From the most meaningful gifts and surprises to mornings spent cuddling up and watching cartoons. She was always the one giving her grandkids her full attention; she would patiently sit and do crafts with them or play games of their imagination. They will remember all her songs she always sang to them, her favorite treats she shared and always let them have the last bite, and how she waited at the door for them when they came to visit.

Wife, mom, friend… regardless of how one knew her she was known for her infectious smile, her kind heart and her love for shoes!

A private burial is taking place at Memorial Park in Lawrence, KS at 2:00 pm on Friday, April 17th. Guests are welcome to attend, however, due to the current mandate of social distancing guests must remain in or near their vehicle. A celebration of life will be planned later in the year. Please visit our memorial website to offer condolences and share some of your fondest memories of Sheri at www.forevermissed.com/sheri-lee-nieder

The family requests all donations be sent to the Christopher and Dana Reeves foundation by check or online donation at:

So sorry for your loss. Your family is in our prayers. Joe& JoEtta Bellinger

I wanted to send my condolences to you and your family. Sheri was a wonderful landlady to have when I lived in one of your properties. I will keep you both and your family in my thoughts and prayers. She was so young and I don’t understand why many wonderful people in our lives leave this earth so soon. I do know that our loved ones will always be alive in our memories. Wishing you and your family peace and comfort.

I first met Sheri at Lawrence National Bank and reconnected with her through the McCandless family years later. She always had a smile for everyone and loved her family dearly. She will be missed, may God be with her family and friends during this time of loss and in the days to come.

Sheri was so warm and friendly and smiling every time we crossed paths. I’m so sorry for your loss. You are all in my thoughts and prayers.

From Cheri and Mike Thompson...

We were so very sorry to hear of Sheri’s passing. Please know that we are sharing your sorrow.

So sorry to hear of your loss! Thoughts and prayers to your family.

So sorry to hear about Sheri, Mike. My thoughts are with you and your family.

Mike, Jerod, Hanna, Brityn, Taeler, Cale & Family.
Sheri’s passing is painful to so many but no one more than you. You were blessed to have had such a special Angel who was so full of love & life.
God’s Speed to Sheri and to each and everyone of you.

Mike, I’m so sorry for your loss. Sheri was special lady even to those that she rarely spoke with. Will be thinking of you all..

We didn’t see Sheri like we use to see the Petrie’s at First Christian Church but there is one thing for certain, she possessed that Petrie smile which is still flourishing in the lives of Jerry, Kyle, Jeri Jo, Terri and Steven; and we are sure in Sheri’s family. It’s for sure that she has brought a new dimension to heaven on her arrival as Laura did. The Bible says that, “Precious in the sight of the Lord is the death of His saints.” God calls us home in His timing and now Sheri is at her eternal home where all who know Jesus and have gone before us are. Sheri, you fought the good fight, keep the faith and finished the race. Now there is laid up for you a crown of righteousness. Love to all those whose task on earth is not done in the Petrie and Nieder families. Carl and Joyce Burkhead

Knowing the Petries from high school (in the 70’s), had a profound influence in my life. Laura showed so much love to me and their family had a fun, down to earth steadfastness.
Laura and Gerald had their priorities- God, family and friends and serving. Leo and Glenda said it best- “that Petrie gift”.
During my mom’s funeral visitation Gerald. Laura and Steven stood a long time in line to give me a hug. It meant so much and wasn’t easy for Laura to stand that long during that time.
Sheri had that strength and determination too. She lit up the room and made things fun.
She has passed on so many gifts to her family and to all of us.
I am deeply sorry for your incredible loss. My thoughts and prayers are with you all.

We are very sorry for your loss. Your family has been and continues to be in our prayers.

Mike, Our deepest condolences to you and your family from the
McCarthy family.

My heart goes out to the family at this sad time.

So very sorry for your loss. Prayers for you and your family.

I am so sorry for your loss. It’s been a long time since I’ve seen Shari but have such fond memories of us in high school. She was always the sweetest person and kindred spirit.

I don’t know where to start. I have never met three young ladies that knew how to melt the hearts of young men like the Petrie Girls.

The three of them molded out of love by their wonderful Mom, Laura. Oh yes I give Dad, Jerry cudos too because he helped, lol. I can’t leave out the suave and debonair sons, Kyle and Steven.

Sheri, like Teri and Jeri Jo could make you melt with those Petrie eyes, or with their magnetic down to earth, loving personalities!

Sheri possessed that Petrie gift, a gift known to all as, “Laura Love”. Sheri was a truly amazing woman. She like her Mom put God, Family and Friends first before herself.

Sheri and Mike raised four great children / adults that are a terrific asset to society. As we all know, Sheri’s loving legacy will be carried on through the lives of her children and grandchildren.

Mike, Jerry, Kyle, Teri, Jeri Jo and Steven, Our thoughts and prayers are with each of you during this time of sorrow and sadness. May God Bless each of you with his Grace and leave with you an abundant amount of memories.

From SONNY and Joan Herschell...

sorry for your loss Jerry may god be with you

My thoughts and prayers to all of the family. May God comfort you during this difficult time.

So sorry to hear about Sheri. I didn’t know her well, but went to school with her at LHS and can really remember her warm smile. Sending healing prayers and positive thoughts to your family.

So Sorry, Sheri and I worked together at Lawrence National Bank many years ago. Also had a Smile. Personality. So Sweet. A lot of Great Memories.So sorry for your loss Mike and your family. Much Love

Sending healing prayers to your family. I’m so blessed to have know Sheri. What a beautiful person. I will miss our talks whenever we met for a quiet talk. Hugs to all of you

So sorry for your loss
Cliff and Sandy Hadl