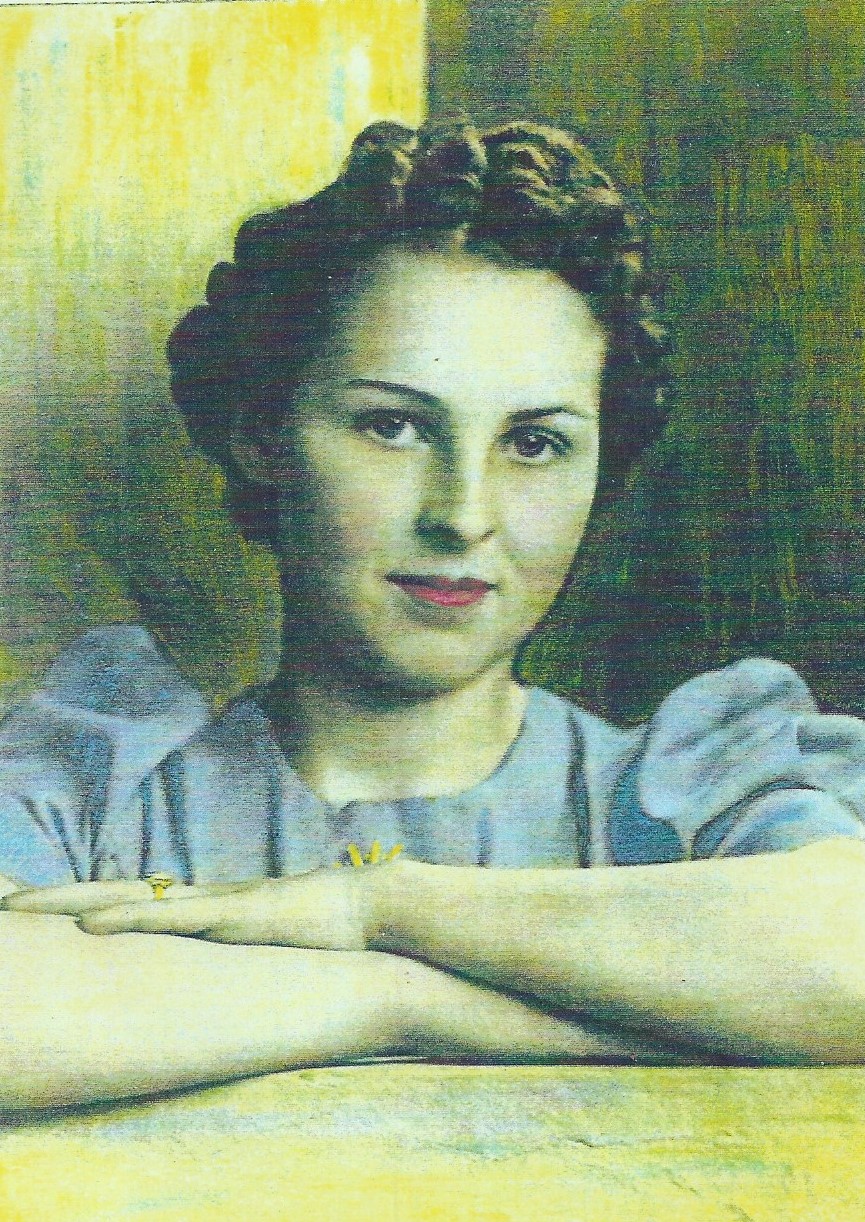 Bertha Louise Milleret Wise, 98, Lawrence, passed away peacefully on Tuesday, May 5, 2020 at her home. Born in Leavenworth County on Sept. 7, 1921, she was the youngest child of Lucien (Louie) J. and Mary W. Reimer Milleret.

Mrs. Wise grew up on a dairy farm with four siblings, attended Villa Eden grade school and graduated in 1939 from Linwood High School. While attending Lawrence Business College, she met her future husband, Dick A. Wise. They were married on May 3, 1942 at the First Methodist Church in Lawrence. The couple would ultimately share 63 years on their farm in
Grant Township.

Together, they cleared prairie hills of brush and built a family farm that produced tons of wheat, corn, soybeans, alfalfa and thousands of beef cattle before his passing in 2005. As part of America’s “Greatest Generation”, Dick and Bertha were honored at the National Agricultural Hall of Fame for their role in food production during World War II.

In 1967, the couple was recognized by both the Kansas Bankers Association and the Grassland Management Association for superior soil conservation practices. They were recognized again in 2005 by the Douglas County Conservation District for excellence in land stewardship.
Bertha enjoyed living in the country and continued gardening well into her 90s. She was a member of the United Methodist Church and the Oakridge Birthday Club for over 50 years. She volunteered for several years with the Lawrence Memorial Hospital Auxiliary. She was also well known for her delicious pies.

Another highlight for Bertha was in the Fall of 1990 when Michael Landon came to their home requesting permission to film on their farm. The movie, “Where Pigeons Go To Die”, was Landon’s last production for NBC and earned an Emmy nomination for Outstanding Cinematography for a Miniseries.
Bertha was preceded in death by her parents, her husband, Dick, son Dick Jr, son-in-law Dr. E. Philip Miller, brothers Henry, George and L.J. (Pete) Milleret and sister Marie Hallenbeck.

Bertha was extremely grateful to all the relatives, neighbors and friends whose company she enjoyed throughout her life. She also appreciated
her Yellow Labrador (Duchess) and her Norwegian Forest Cat (Kitty) for the 15 years of “supervision” they provided while she worked in her garden.
By her request, a private inurnment will be held at Memorial Park Cemetery.
In lieu of flowers or donations, her preference was that people just perform acts of kindness whenever they find a need.

To Peggy, I enjoyed working for your dad and mom. Today I look back on those days as an ideal lifestyle.Wonderful people,wonderful role models, You had good parents.

Birtha was a wonderful lady. I had the pleasure of meeting her on the cruise and she was such a delight. The last time I spoke with her was for my birthday April 16th, it was great getting to speak with her and her wishing me a happy birthday. I have known Dale for many years and know of his love for his mother and how much he cared for her. My thoughts and prayers are with you all during this difficult time. God bless you.

From Linda and Alan – Florida...

Dale and Donna, we are very sorry to hear that your mother (mother-in-law) had passed. Having the opportunity to meet and talk with her during the cruise was special.

What a beautiful obituary. It’s wonderful to know more about her life and see this hand-colored photo!

She was such a special person. I feel lucky to have known her as “Grandma Wise” up the road, always full of love and ready to share a smile and a hug. Whenever I’m outside here I’ll think of her and Mr. Wise, and their hard work making their place the pristine natural paradise that it is today. I’ll do my best to honor her legacy of kindness.

Much love to her family from Jeff, Carmen, Tessa and Dulce Shultz.

From The Pastor Family...

It was truly an honor to know Bertha. We all appreciated her kindness, quiet intelligence and good-natured sense of humor. She lived an accomplished and beautiful life. We will never forget her.
— Lou & Bonnie, Donna (Dale Wise), Nancy (Brian Murphy), Norma (Ken Arendt), Gary and Laura

We are so sorry to hear of Bertha’s passing. Our thoughts and prayers go out to Bertha’s Family. It is such a sadness adjusting to the void left when you lose someone like Bertha. May your fondest memories help you all navigate this difficult time and the years to come. So very sorry for your loss.

I’m sorry to hear of Aunt Bertha’s passing. I have Many wonderful memories of family gatherings with Grandma and Grandpa Wise. Sending prayers and love to cousins and their families.

I always enjoyed visiting with your Mom when Larry and I would stop by. The last time we did stop by her house no one answered the door so we thought perhaps she was scared to open the door.I

From Ron and Rose...

Dale, Ron and I were never able to personally meet Bertha. Yet she lived in our hearts and was always in our thoughts. She is so blessed to have a son like you. It takes a lot of love and patience to care for one. As I am a nurse and I know the time and love ,. Especially the long hours and effort on your behalf. You are a wonderful person . Love the picture of your mother you can tell that’s your mom you look very much like her. Love, Ron and Rose Paterno from Montana

We have fond memories of your Mom and Dad. They were great neighbors.

We send our condolences to your family. Bertha and Dick Wise were friends of our parents, Lyle and Louise Weeks (now both deceased) when those families lived in the Oak Ridge neighborhood. There were so many good friends who farmed during and after WWII. Everyone knew so many families and all their relatives back then. When walking down Massachusetts, people would stop, visit, call out to other family and friends as they were in town to shop and “window shop”. We little children would learn everyone’s names and know they were friends with our parents and Grandparents. Good memories about fine people. The family of Lyle and Louise Weeks.

Bertha was a wonderful aunt. She has been self sufficient for many years since losing Uncle Dick. Her immediate family will surely miss her.

So sorry to hear of Bertha’s passing. Looks like she lived a long life!