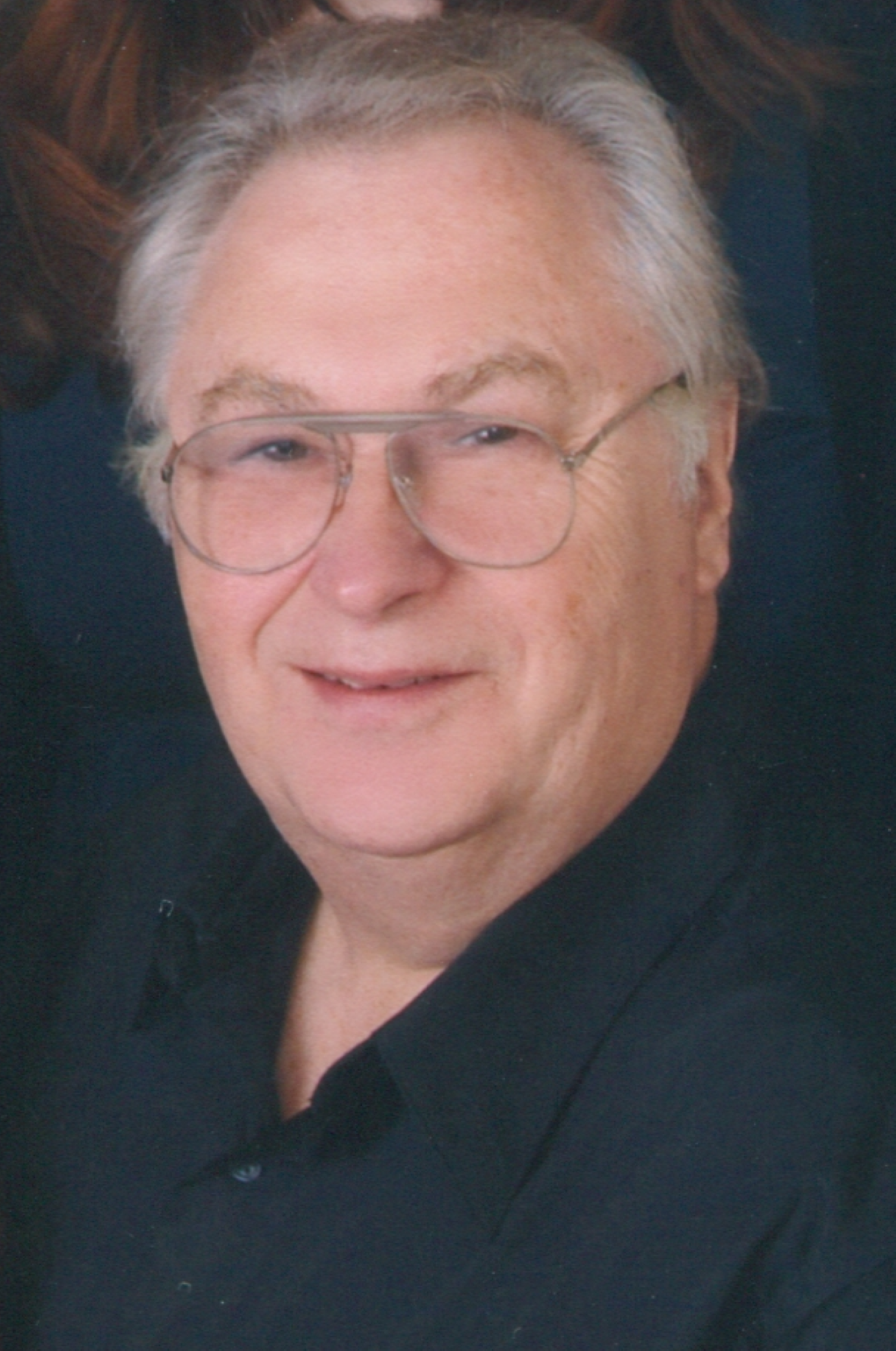 James Allen Schneider, 77, of Lawrence, KS, passed away on May 5, 2020 in the comfort of his family. Jim was born August 10, 1942 in Green Bay, WI, the son of Allen and Harriet (Van Den Eng) Schneider. In the early years of his life, Jim grew up on a farm that his father share cropped, initially having no running water or plumbing. From age 8 through nearly 18, he lived in the small farming community of Forest Junction, WI (population 300). Alongside his father, he worked in his grandfather’s blacksmith shop and hardware store. Jim graduated from Brillion High School in 1960 and shortly after, just before his 18th birthday, joined the Navy serving three years as an electrician’s mate on the USS Fulton (AS-11).

Following the Navy, Jim traveled throughout Europe and later attended mixology school in Milwaukee, WI. Jim treated his friends and family to specialty cocktails utilizing his mixology skills for years to come. Escaping the Wisconsin winter, Jim, just 23, relocated to Santa Barbara, CA in 1965 where he worked for Bell Phone Company and focused on earning a higher education. Jim earned a degree at Santa Barbara City College, as well as a bachelor’s degree from San Francisco State. Jim was awarded a full ride scholarship to Kansas University’s graduate program to study clinical psychology, earned his Ph.D. in 1974, and served as staff psychologist and managed the intern training program at the VA Medical Center in Leavenworth, KS from 1974 until 1986.

Jim had the education and mind of a psychologist, but at his core was an entrepreneur with an eye for possibility. Just after completing his Ph.D., Jim came across the opportunity to own his first property in Lawrence, KS. He followed his newfound passion of the rehabilitation and preservation of older homes with an intention to rent to individuals and families with shared appreciation for the historic structures. Jim had a unique ability to not only see potential, but he had the capacity and drive to execute his vision and bring it to life. He was not afraid of hard work and his passion always left him looking for where he could add character and functionality to each of his projects. In 1977, despite Jim canceling their first date due to a rental emergency, Jim and Lois began dating. They married on June 15, 1980 and have built and managed Schneider Family Rentals for more than 40 years. Together, they purchased and renovated 18 houses containing 43 apartments while raising two daughters, Michelle and Jessica. Jim took great pride in his work and cherished the close relationships formed with local business owners, suppliers, craftsmen, and tenants. It was common to spot Jim in his loaded work truck, at the hardware store, or riding on his lawnmower from property to property.

Not only did Jim have a talent for remodeling, he was also a gifted storyteller. He could use his sharp wit, intellect, and humor to charm loved ones and strangers alike. Jim adored his wife and daughters and lived his life to provide happiness and security for them. He valued their minds and interests. Whether he was passionately researching the family’s next vacation, leaving Aladdin’s Castle Arcade with half the toys in the grab machine, playing contract rummy, or assisting both girls in the process of buying their first homes, his empathy and connection with his daughters and their goals provided him a sense of gratification. He celebrated their successes as if they were his own, instilled a work ethic in them, and assured them they could do anything they set their minds to.

Jim is survived by his wife, Lois, and his daughters, Michelle and Jessica. Jim recently passed the reigns of the family business to Michelle, while Jessica resides in New York City. He is also survived by his brother Don and his sister-in-law Karen of Appleton, WI.

Remember as Jim would say “don’t let the naysayers get you down” (although Jim would have used another choice word that would not be appropriate for print). We will miss you Jim!

Memorial donations in Jim’s name may be sent to the ReStore, 708 Connecticut St, Lawrence, KS, 66044, with checks made payable to ReStore or the Jewish Community Congregation, 917 Highland drive, Lawrence, KS, 66044 memo line reading “In memory of Jim Schneider.”

A service in Lawrence celebrating Jim’s life will be announced and conducted at a future date for family and friends.

Lois and girls,
I just learned about Jim’s passing from talking to Rick. I am so sorry to hear this. Even though it has been years, I remember your family well, and I know that he will be missed.
Marcia Riley

Even though I had no idea where Jim and his family lived I recognized the name and picture in the Appleton, WI paper. I do know, many years ago we were all “Kids from Forest Junction.” I remember the blacksmith shop, next to Haczynski’s shoe shop. And his mother, Harriet, being such a kind lady. I am so sorry for your loss. Jim was one year ahead of me at Brillion High School. Please extend my sincere sympathy to Don and his family. He will remember us as Mabel Feistel’s daughters. Wenda Cichucki, Linda Matzke and Donna Nemecek.

My sympathies to you and your family. Grew up with Jim and Don back in Wisconsin. My dad ,Robert, and Jim’s dad were 1st cousins.

Upon reading the condolences herein, I realize many share your loss as I do. I loved the man for his nature, which I feel I came to know well over the years. It was always a joy to meet up with him, either in or out of the work atmosphere. He will be missed.

So sorry to hear about your loss. I knew Jim mostly because I was the manager of the ReStore and he would come in to buy items for his rentals or special projects. He always had a nice thing to say and every single time he left my store he would say, “Okay, Michele….now you can check me off!” I would go over to the calendar and mime that I was doing just that….checking him off the invisible list that he had been in to check on treasures to be found. He will be missed and my heart goes out to his family.

Lois, Michelle, and Jessica,
Van and I and our girls were so sad to hear that you have lost Jim. May your many, many memories of his love and devotion to you bring you some comfort now. He was lucky to have such a good, full life with you. Our family will remember him from the girls’ earliest school days together or just seeing him drive by in his truck as he passed our house so many times. We send you our heartfelt condolences.

Lois, I last saw you in Dillons before covid and you mentioned Jim was not well. I remembered this as I read his obituary. What a wonderful and loving tribute for Jim. It is amazing what you both did together with your business and what an interesting life he had. I am so sorry for your loss. He obviously loved you all and was a great partner and Dad. My loving thoughts and prayers are with you all during this challenging time.

Jim and I started graduate school together 50 years ago this Fall and drove a couple of times per week back and forth to the Leavenworth VA. I have very fond memories of our adventures. I remember him in his classic white Thunderbird rather than a truck. Good friend and colleague and it sounds like he had a wonderful life. My best to all of you.

Lois and girls, Lois I think you will remember me. Your daughters will not know who I am. I have not talked to you in many years but have thought about you and Jim often. I am so sorry to hear of his passing. I pray that God is with you during this difficult time.

I am so very sorry for your loss. Im praying for you and your family for comfort. Thinking of you all!

Sure gonna miss him.i can see him riding with all that stuff in that lil truck lol .Jim was not someone I did jobs for but my friend God bless you all