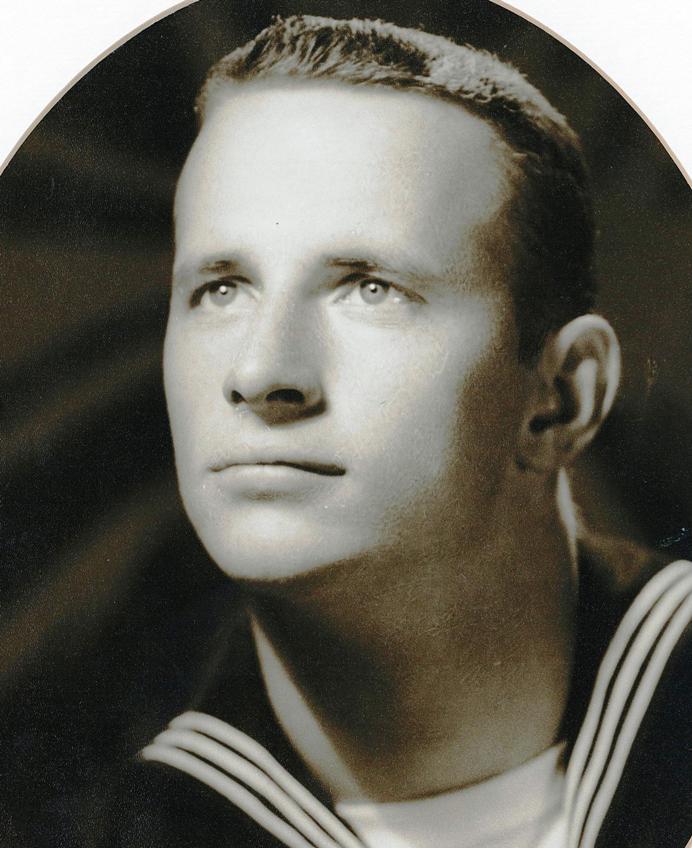 Gene Shaughnessy passed away on Saturday, June 20, 2020 at his home. He was born November 14, 1943 at his parent’s home in Seneca, Kansas to Thomas Edward and Alice Theresa (McGreevy) Shaughnessy. He was the youngest of ten children. After his parents passed away, Gene and two siblings moved to Lawrence, Kansas in 1954 to live with an older sister, Pat Smith and her husband Quay. Gene attended Lawrence public schools until 1960 when he moved to New Buffalo, Michigan to live with sister Audrey and her husband Jim.

Gene enlisted in the United States Navy in 1961 and was honorably discharged in 1964. While serving he was stationed aboard the USS Aircraft Carrier Coral Sea and later the Guided Missile Destroyer USS King. Gene enjoyed his tour of duty in the Navy, including two extensive “land and sea” Western Pacific Cruises.

In 1966 Gene married Nancy Kay Colburn and they were happily married until she passed away in 1981. During their marriage Gene attended and graduated from Washburn University in 1972. Gene worked various construction jobs and was in the building trades until 1976 when he began employment with the City of Lawrence as a Housing Rehabilitation Specialist. He was well liked by both his fellow workers and the higher-ups and was eventually promoted all the way to Chief Building Inspector in 1978. He served faithfully in that position for 23 years until he retired in 2001.

Gene was a dedicated and committed professional who served in various professional organizations including a stint as President of the International Conference of Building Officials (ICBO) – Heart of America Chapter. In recognition of a lifetime commitment to professional practices Gene was selected in 2019 for induction into the ICBO Hall of Fame.

Gene was one of four people who founded the Lawrence St. Patrick’s Day Parade Committee. After 32 years the Committee has raised over One-Million Dollars for youth and young adult charities and organizations in the Lawrence and Douglas County area.

As a long-time member of the Lawrence Sertoma Club, Gene served in various official positions including a year as President.

For fun Gene rode his Harley-Davidson with numerous friends covering geographic areas throughout the Central and Southwest United States. Additionally, there were visits to Sturgis, South Dakota.

Gene was an avid golfer – playing many, many rounds with lots and lots of friends and buddies at the former Alvamar Golf Course and at Eagle Bend – both in Lawrence, Kansas.

Gene was preceded in death by both his parents, brothers Edward, Gerald, Bill, Paul and Robert, and sisters Mary Frances Putnam and Audrey Rogers.

In lieu of flowers, memorial contributions may be made to the Lawrence St. Patrick’s Day Committee, Visiting Nurses, or other organizations of your choice in care of Rumsey-Yost Funeral Home, PO Box 1260, Lawrence KS 66044.

Condolences may be sent at rumsey-yost.com.

So sorry to read this, he was one of the good guys. Condolences to family.

Archangel:
An archangel is an angel of high rank.

Gene was always a friend even in tough times. RIP Gene.

So sorry for the loss of this great man. I met him when I started working for the City and continued a long standing friendship. Wouldn’t matter if it had been a few months or a few years with Gene, it always felt like yesterday. One of the best personalities I’ve had the pleasure to have in my life. He will always be in my heart as he always has been, God Speed Gene!
Chris Hartwell

Gene, we will miss you for multiple reasons, among them your sense of humor, your quick “comebacks”—and the list goes on and on. RIP! Norma & Jerry Hall

From Chuck and Sharon McHenry...

We had lots of great times with Gene and Nancy way back when life was carefree. We reconnected with him about 3 years ago and so glad we did, same great guy and a smile you can’t forget. You will be greatly be missed by so many. Sympathies to family and all his friends . You were loved by many!!! Chuck and Sharon

Give you an idea of who Gene was :

We co-MC’ed a Lawrence High School Class Reunion and he graduated from high school in Buffalo, New York ! He meant that much to all of us. A jokester, a rascal, a character, the life of any party, a genuinely good person, a friend.

I remember throwing Linda (then Midyett’s) shoe back & forth across Massachusetts St. around 18th on our way home from Lawrence Junior High School. Gene had someway gotten it from her & we were playing ‘keep-a-way’, the kind of thing junior high school boys often do when they like someone out of their reach.

Well, Gene made an errant throw & I raced Judy (then Kleinberg) to it. Amazingly I beat her! Then she landed on top of me – I thought I had died & gone to Heaven. Turned out she had re-broken my left arm – less than a week after I had gotten it out of a cast (having broken it before playing ‘ditch ’em’ in our Breezedale neighborhood – with Linda & Judy !).

There are literally thousands of stories like that with Gene at the center – enjoyin’ life, creatin’ mayhem, havin’ fun.

Go ahead & party Gene – with any luck it’ll be a while before the rest of us can join you. But I assure you a lot of us are lookin’ forward to it !

We will miss you down here my friend.

Gene will be missed by all. There were so many times that he would have everyone laughing. I also so admired Gene for being so kind to Mrs. Colburn when Nancy passed away. He was a great person. Blessings to his family. Linda & Jon Ingalls

So sorry for the loss of Gene! He will be missed. Meet Gene at Kansa Color Press what a funny nice guy back in 70s.So sad he’s gone back has no more pain! RIP Gene!

Gene was an unforgettable classmate and friend for so many years and we are diminished by the loss of him. I’m so glad that he came to our reunion in October.

I didn’t know you well socially, but you always made me feel like we were great friends. I do know that you always brought a smile or good laugh at our classmate gatherings. R.I.P., Gene; you clearly had quite a life.

One of the really good guys. He was always very fair and reasonable in all my dealings with him as chief building inspector and I have a great deal of respect for Gene. Rest in peace, Gene.

We didn’t always agree BUT, of all the people I have ever worked with in my life from the inspection side of the construction industry, Gene was by far and away the most reasonable and fair person I ever dealt with. Lawrence Kansas will never ever see a man of this caliber again in its inspection department. Even since his retirement he has been sadly missed!

Our sympathy to the family. Gene will be missed. The class of ‘61 always looked forward to his conversations, jokes and tons of laughs at our gatherings. Tony & Patty.

My thoughts and prayers are with your family. You will be missed.

I am so sorry for your loss. Please accept my deepest condolences. Gene was a great person and friend. He will be missed greatly.

Three musketeers driving to Topeka 3 days a week attending Washburn Universiry. We had some fantastic trips and dialogue (we basically told lies to each other) We will miss you Geno, Roger and I Loved you and will never forget our time together. Make a place for Roger and I in the future with you. Fly away.

From The Claud Aubry family...

Our prayers go out to your family in the loss of your loved one. He will be missed

From Wayne and Bobbi Kellum...

So sorry to hear this. Thoughts, love and prayers go out to all the families.

Gene, enjoy the fine wine today in heaven with Bartzie, Jebbie, Schaap, and the gang. You were a great man and a great friend. I love you buddy. God Speed!

So sorry to miss my long time friend. Many memories will keep him in my thoughts. My sympathy to Pat and Quay, Rosie and Ernie, Cindy and June and all of their families. May
he rest in peace. He was a special person.

My thoughts and prayers are with your family. Rest easy now my friend…

Gene going to miss your smile and laughter. Rest in peace.

Kathleen Murphy and I will miss you, but we’re grateful to have called you our friend for many years. Our sympathies to the family and close friends. He will be missed!

We will all miss you Gene.
Thanks for some great laughs together!
God Speed.
Cheers to you!

God bless you Gene. I will miss your quick wit and your caring personality. You are in good hands tonight and forever.

A lot of years and lot of memories with Gene. The years have now ended, but the memories live on. Sos sa tsiochain my Irish Friend.

So very sorry. A classmate from elementary school and a great dodgeball player😁 RIP dear friend