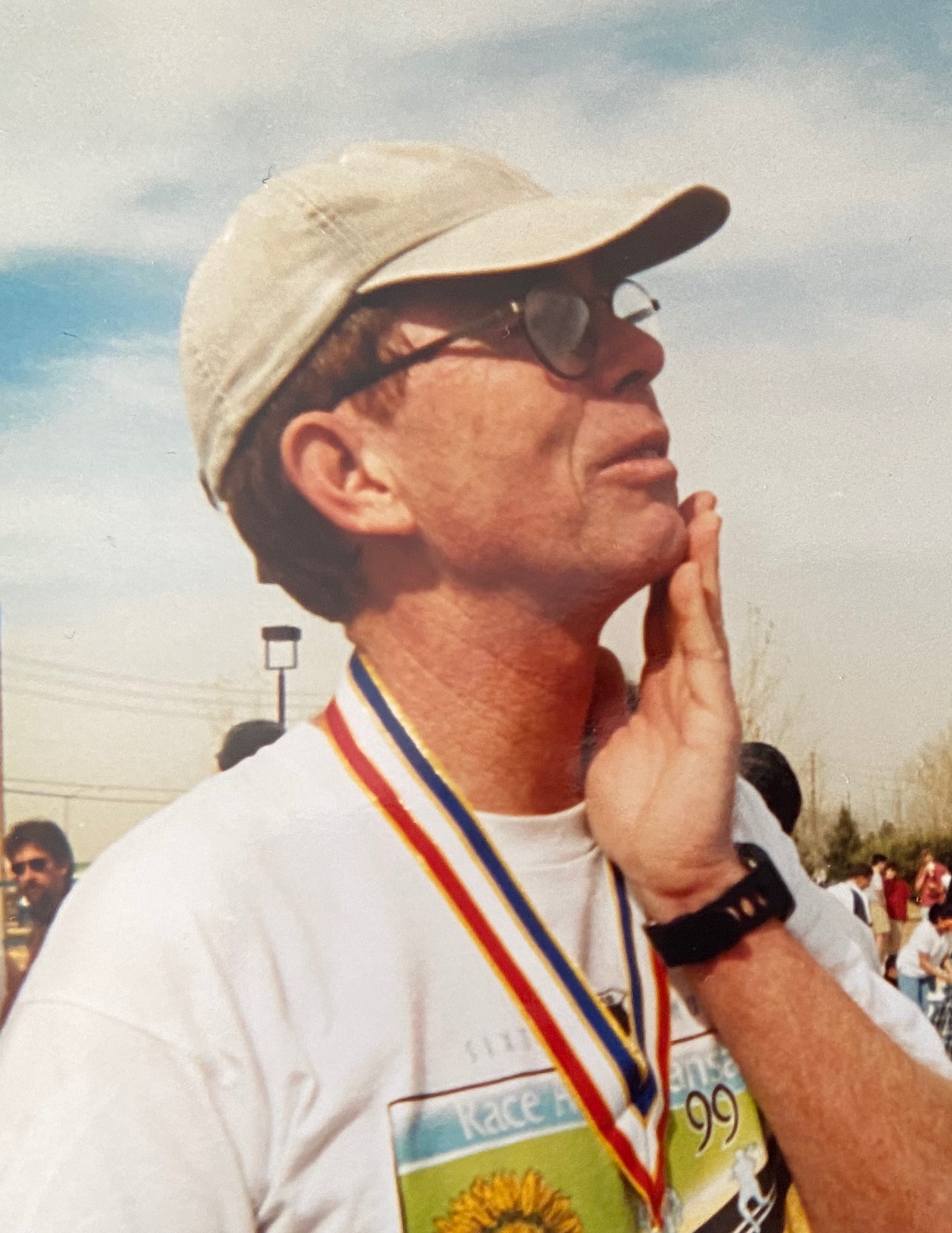 Eddie C. Payne Jr., born on April 8, 1948, passed away at home with his family on Sunday, July 26th. On that day, our physical world lost an extraordinary man who defies description.

Eddie was born in San Diego, California, to Margie Louise Davis and Eddie C. Payne Sr. Ed had two dads, after Margie’s second husband, Jack Davis, took him in as his own when Eddie was around 7. All of these amazing people precede him in death, along with a beloved older sister, Sandy Payne. He is survived by his wife, Phyllis Payne; three daughters, Yara Nielsenshultz, Maya Vance, Zabrina Doerck; and five grandchildren, Cade Vance, Skylar Vance, Liam Nielsenshultz, Aisling Nielsenshultz, and Ivan Doerck.

Although he remained a true San Diego native his whole life, he moved with his wife and daughters to Lawrence, Kansas in December of 1980, where his infectious laughter and easy charm immediately won over his cadre of reluctant in-laws, in spite of his weird, long-haired hippie ways. It was in Lawrence where he earned a degree in computer science and began his long career as a programmer.

Born to a family of progressives, artists and musicians, Eddie was a true Renaissance man. He was a lifetime adventurer, an elite athlete, an artist, a singer, a musician, a geologist, a miner, a carpenter, a beer brewer, an inventor, a historian, a philosopher, a house builder, a computer programmer, a dancer, an ultra-marathon runner, a pro bono running coach, a literal genius, a witty joker, a storyteller, a writer, an avid reader, a Do-It-Yourself maverick, a real-life MacGyver, and a collector of antiques ranging from Ludwig banjoes, to first edition Atlases, to classic cars and backhoes. The latter may have sometimes irritated his neighbors.

Eddie was outspoken. A rebel, an activist. He lived by his own rules. Unless a law made good logical sense, it didn’t pertain to him. The principles that governed him were those of friendship, loyalty, independence, love of family, love of knowledge, pursuit of adventure, physical fitness, and respect for all living things. To name just a few. He was a very principled person. And he expected no less from others.

As anyone who knew him would attest, Eddie had a way with words. He never said anything mundane. He turned even the simplest of statements into poetry and comedy. “I don’t like fish-shaped bits of bread.” “These Asics are a little dead shoe-ish.” “I regret to inform you that the cat shat on your rug.” “At the end of the day, your life is but the sum of your adventures.” One of his favorite quotes, from Bartleby the Scrivener, “I would prefer not to,” he was often known to proclaim with great gravitas. And, among many of his colorful parting phrases, “I love you too, but I fear it may be short-lived.”

Lately we learned of an anecdote, wherein one of his dear friends said in passing, “Allow me to introduce you to my genius friend. I have to race him when we run, it’s the only way I can get him to stop talking.” When Eddie told us this story, he was surprised his friend called him a genius. We all stared at him in disbelief. “Ed, everyone thinks you’re a genius. And it’s true, you never stop talking.” He was baffled. Although he was certainly aware of his own loquaciousness, he was very humble and never thought as much of himself as everyone else did. In spite of having the confidence to undertake any challenge, whether it be building a house, sewing a puppet for his daughter, running 70+ miles up a mountain in the snow, painting a beautiful landscape, serenading his family in his beautiful tenor voice … (we could go on forever) … he still thought of himself as just a regular guy. But one of the very best things about Ed was that no matter what, no matter where, no matter how – he always found the extraordinary in the ordinary.

He is dearly missed by so many people whose lives he touched. We will be celebrating his life on Monday, August 3rd from 3:00 to 6:00 p.m. at Overlook Park, Shelter 1 at Clinton Lake, N. 1402 Road, Lawrence KS. Due to the pandemic, our time together will involve physically distancing. Bring your own mask, we’ll provide hand sanitizer. We won’t be serving food, although people should feel free to bring their own. Ed enjoyed beer, so bring your favorite to toast him with. We want everyone to feel safe, even if that means waving from your car.

Beginning in the late 1980’s, the Mad Dogs running group was a big part of my KU experience and Ed Payne was a big part of that group. He loved all things running; he was a running philosopher, medic, mystic and coach. He was interesting, quirky, humorous, supportive and, not infrequently, contrarian. He was a key and colorful contributor to my positive experience across decades of running with the Mad Dogs. My sincere condolences to Ed’s family. Thank you for sharing him with us. Hey Ed: When next I see you, how ’bout we run the cornfield?

I will always remember Ed’s warm smile and how he loved to engage in conversations with us when we would get together at various events. He was a special and unique man with many talents and much knowledge. He will be missed.

Ed, Pike’s Peak will always be synonymous with you in my book. Much love man! Zabrina, Phyllis, Maya and all. My deepest to you and yours.

I didn’t know Ed but I knew his daughter, Zabrina. My deepest sympathies to her and the family.

What a beautiful and inspiring tribute and fabulous family. Love to you all.

So sorry for the loss of Eddie.
It sounds as if he had a busy life challenging himself and
accomplishing so much. Phyllis you are in my heart and mind.

I ran with Ed only on infrequent occasions with the Mad Dogs but i thoroughly enjoyed him and his humor. Ed was just a wonderful guy who was truly enjoyed by all around him. My condolences go out to his family and all who knew him. He is missed already.