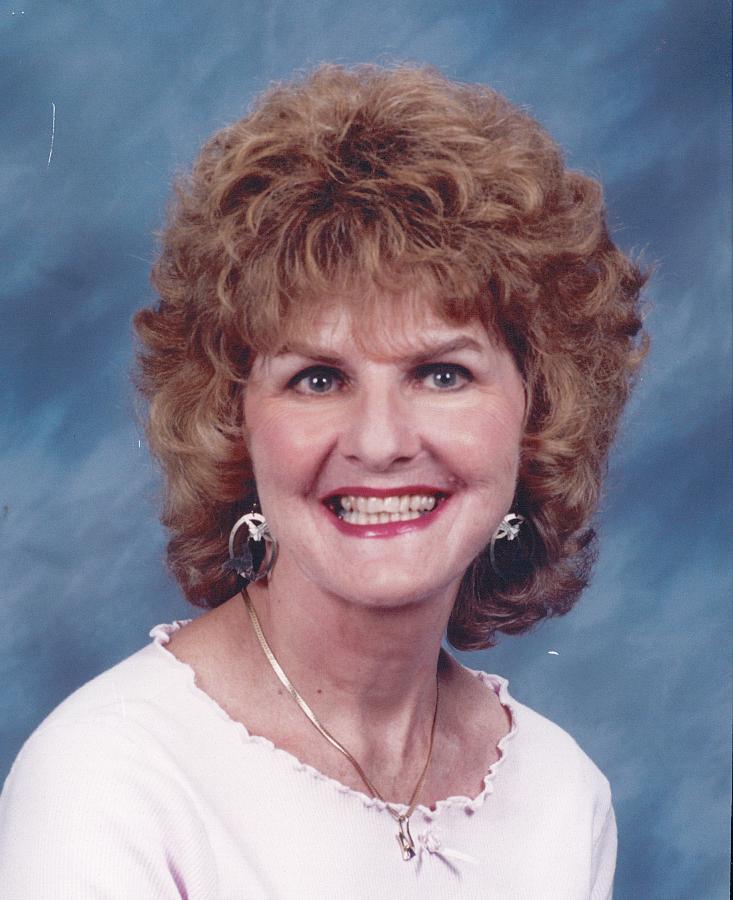 The family for Janice Dick, 82, Lawrence, will receive friends from 5:00 to 6:00p.m. Thursday at Rumsey-Yost Funeral Home. Janice passed away Monday, July 27, 2020, at Lawrence Memorial Hospital.

She was born February 21, 1938 in Lawrence, the daughter of Gertrude and Vernon Cook. Born in Lawrence, KS, her family moved to Chico, CA where they lived for a few years during Jan’s early childhood before they returned to Lawrence.

As a young adult Jan enjoyed water skiing, and all the joy and laughter and aliveness that brought. She and her first husband, Eldon Davis (deceased), who had his pilot’s license, once flew in a small twin engine plane over the Grand Canyon. They had two children together, Steven and Diana (DeeDee). They divorced in 1972.

In December of 1973 Jan married LaVern Dick. They enjoyed 46 years together which included a motorcycle ride camping trip to the Colorado Rocky Mountains in which they stayed at a motel every night, numerous trips to Branson and several to Florida with their good friends Connie and Owen (Owen now deceased).

Jan worked at a Dillon’s Bakery for years. She didn’t like getting up at 4am but she seemed to enjoy the job and was proud of being the manager.

Jan was also a hairstylist. Steve’s Salon was a source of pride for our family. It was a venture that bonded Jan and her son, Steve, as hair stylists, and Vern as the business owner and manager. Later, Jan cut and styled hair at a nursing home and also in her home as opportunity allowed.

Jan was best known for being an artist. Anyone who saw it always marveled at the forest scene she painted on the wall by the staircase in her parents’ home on New Hampshire Street when she was just a teenager. She also painted many portraits and other peaceful outdoor scenes that she gave away as gifts.

Jan adored her grandchildren from the start. She and Vern once made a puppet show theater out of a large discarded cardboard box by painting it red, cutting out a window and attaching curtain. She did puppet shows for young Cierra and Skyler on a family trip at Winter Park. The puppet theater and the puppets were kept for many years afterward. Jan would also swing with her grandkids, go down slides, and even ride a scooter alongside them. She always laughed at the memory of young Cierra and Skyler putting their fingers under the bathroom door, wiggling them and asking through the door, “Grandma, what are you doing in there?” Another favorite memory was of young Caden coming down to the basement early in the morning when they were visiting and climbing in bed with them. The TV would be on; they would watch the news together while Jan and Vern would leisurely get ready for the day, savoring these special moments alone with their grandson. She also did art projects with them and was an early artistic influence on Cierra who won awards for her art in high school.

Memorials may be made to the American Heart Association, in care of Rumsey-Yost Funeral Home, 601 Indiana St, Lawrence KS 66044.

Jan was such a thoughtful and caring grandma to me. I have very fond memories of visiting her and Vern every Thanksgiving growing up and them visiting us in Colorado each Christmas. I’ve always admired her artwork, creative insight, and how much love she showed to those around her. I will miss her and will always cherish our memories.

Jan was such a wonderful sweet soul! I will always remember her smile and her laugh. May God Wrap His Loving Arms Around You and Bring You Peace.

So sad to see the passing of Janice in the LJW. So sad but inevitable and unavoidable. All the Cooks I ever met were great, hard working, and fun loving people and Janice was no exception. Who am I? A cousin. Vernon and my Grandmother Blevins (Cook) were half brother and sister.

Dear Vern, I was so terribly sorry to learn of Jan’s passing. She was one of the most beautiful people (inside & out) that I had the pleasure to know. My deepest sympathy to you and your family.

Vern sorry for your loss she was such as sweet lady

Vern I am so very sorry for ur loss. Kylee and I both loved Janice

Vern, so sorry for your loss!
Thoughts and Prayers to you and your family

will miss this beautiful lady and the many memories we shared. Our deepest sympathy to Vern and Dee Dee and the rest of the family.

From Richard and Anita Meyer...

Vern, we are so sorry for your loss.