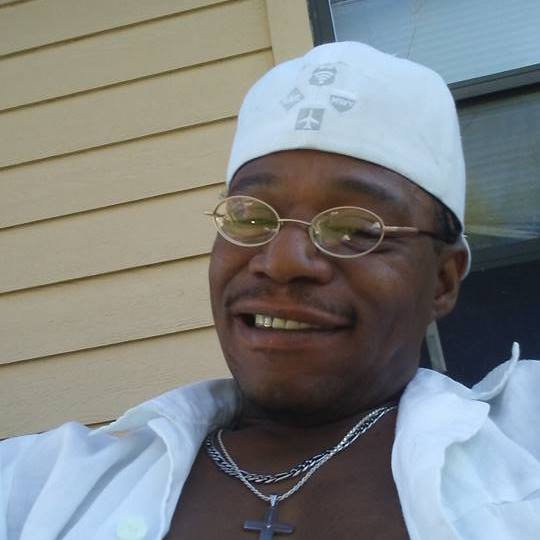 Maurice Eugene Thomas, a navy veteran and lifelong resident of Kansas, died accidentally on Sunday July 5th at the age of 54.

Maurice leaves to cherish his memory: daughters Tashawna Thomas, 34, and Shakerah Thomas, 29, granddaughter Carliyah Evans, 14, brother Lester Thomas, sister Tamasha Foster, 1st Ex-wife Kelly Thomas, mother of his daughter Tashawna, Shirley Thomas, mother of his daughter Shakerah, 2nd ex-wife and love of his life and soul-mate Phyllis Wilson-Thomas as well as a host of nieces, nephews as well as his dog, Lady Lily. Maurice is preceded in death by his parents Joyce A. Foster and Charles Allen both of Kansas City, KS, his step-father Leonard Foster as well as his aunts and uncles on his mother’s side.

He was born in Kansas City, KS at Bethany Medical Center Hospital on December 13, 1965 to Joyce A. Foster and Charles Allen. He graduated from F.L. Schlagle high school class of 1984. The following year Maurice enlisted in the US Navy July 25, 1985 serving active duty until February 17, 1993; he was honorably discharged then served 4 more years in the US Navy Reserves. During his time he earned a Sea Service Deployment Ribbon (1 Star).

Maurice was an avid angular who loved catching catfish in particular which he called the “Big Daddies”. Maurice was also a sports fanatic; following the KU Jayhawks, KC Chiefs, KC Royals, and Sacramento Kings. He claimed there was “no bigger fan in the land” and that he bled “red and blue”, “Hello Dice, you better ask somebody, rolling 7 and 11”. He confessed his belief in Christ at a young age and was baptized at Pleasant Green Baptist Church in KCK. At the time of his passing, he was a member of Ninth Street Missionary Baptist Church here in Lawrence, KS. His favorite book of the bible was Matthew, in particular The Lord’s Prayer; he cared for his brothers and sisters in Christ and so always prayed for them. Maurice’s smile, laughter, humor and his love for life, family and sports will be greatly missed. We thank him for his service to this country and his love for God and his creations.

Memorial contributions may be made to Rumsey-Yost Funeral Home, P.O. Box 1260, Lawrence, Kansas 66044.

I just learned of your passing which as it turns out was three weeks ago. We talked earlier that week and I could count on you for suppor in any endeavor you served this country and your community with pride and your head up… With a smile!! “Goodbye Dice” I will not let you be forgotten! 🙏✊✌️❤️

I’m so sorry to hear about Maurice. My deepest sympathy to everyone who loved him.

To my life long friend. I will miss talking to you and the bond that will build over a lifetime. i will cherish the memories. I will truly miss you my friend. RIP I love you.

Thank You for your service sir. To God and country. rest in peace

From Family of Willone & Cynthia Eubanks...

What a joyous celebration in heaven with his family!
Prayers for the family we continue.