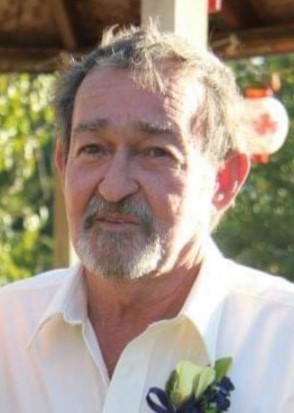 Christopher Dean Parker, 71, of Lawrence, passed away August 6, 2020, at his home surrounded by family.

He was born in Lawrence, Kansas on April 28, 1949, the son of Leland E. and Virginia Vantuyl Parker. He attended Lawrence schools. He was drafted into the United States Army in 1968 and was medically discharged in 1970. He retired from Del Monte Pet Food Products after 35 years as a maintenance mechanic.

Christopher married Terry Bair on June 29, 1980. They recently celebrated 40 years of marriage. Together they have three sons: Christopher of Kansas City, Missouri, Jason (Bailey) of Lawrence, and William (Cherokee) of Lawrence. He also had seven grandchildren he loved and enjoyed spending time with: Ryan, Keely, Grace, Kyler, Berkley, William Waya, and Peter.

Christopher is survived by a sister, Donna Parker Lichte (Ron) and numerous nieces, nephews, extended family, and friends. He was preceded in death by his parents, a brother Harry, and a sister-in-law Peggy.

He was a great cook, friend, and father figure to many.

A visitation will take place Sunday from 6-8 pm at Rumsey-Yost Funeral Home. Funeral services will be held at 2 pm Monday at the funeral home, with the Rev. Rod Hinkle officiating. Burial will follow at Oak Hill Cemetery. In lieu of flowers, memorial contributions are suggested to Visiting Nurses, in care of the funeral home. Social distancing and gathering limits will be observed. Online condolences may be sent at rumsey-yost.com

I enjoyed working with Chris for many years. Prayers for the family.

Terry I am so sorry for your loss. My thoughts and prayers are with you and your family. Blessings of peace to you all.

Peace be with you all.

Sorry for your loss Terry. Prayers for you and your family.

Very sorry for all the friends and family this is a huge loss of such a great man.

Chris was great guy. He was one of the few people who I could always count on when I needed help at work. He was great in conversation whether it was talking sports or about our kids growing up. Bless your family and the future he gave you.

Sorry for your loss. Chris was very good at his job, stubborn at times but we got the job done.

Thinking of you&yours, Jason. Wishing you peace through the sorrow.

Terry and Family
So sorry to hear about Chris. I know he will be greatly missed. I bet he was a great grandpa. Terry I know u and Chris made some wonderful memories together during ur marriage. He will always be in ur hearts. Take care may god bless from Debbie Harry Jason and Family Chris and family

From Danny and Linda Vantuyl...

Our thoughts and prayers for all the family and friends during this time of loss. Your memories of Chris will be forever with you.

Chris was a classmate of mine (LHS class of 1967). He was a great guy! My deep condolences go to his grieving loved ones. May the peace of the Lord Jesus Christ be with you in this hard time.

I am sorry to hear about your loss. I remember working with Chris at Quaker, Heinz, Del Monte. Prayers!

My thoughts and prayers are with the many friends and family that knew and loved Chris.

Very sorry for your loss, Chris was always a great guy

Terry, Boys, Grandchildren, Family and Friends,
I am So Very Sorry for the loss of your Love One!
Iris