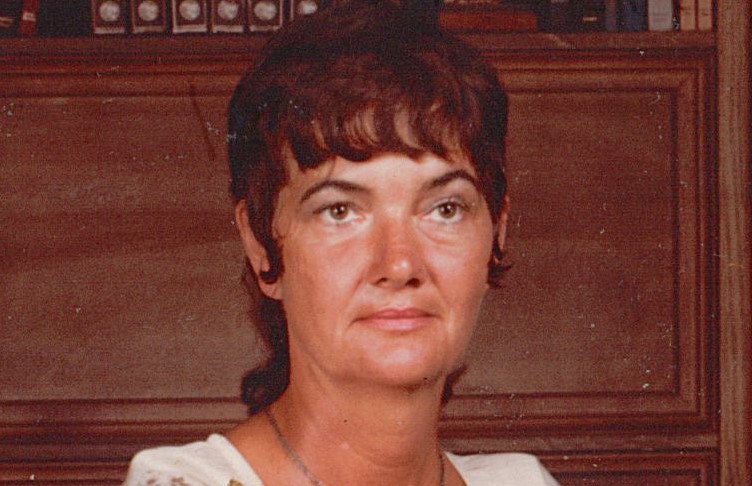 Friends may call from noon – 8 pm Saturday and 9 am – 8 pm Sunday at Rumsey-Yost Funeral Home for Edna M. Benschoter Lolley, 83, Lawrence, who passed away Wednesday, August 26, 2020, at Olathe Hospice House. A private family burial will be held later at Memorial Park Cemetery.

Edna was born August 1, 1937, in Shawnee County, Kansas, the daughter of Ray and Eunice Powell Edmonds. She attended Lawrence schools. She worked at Kansas Color Press and later was an in-home health aide. She was a member of the Christian Women’s Club and the Red Hat Society. She enjoyed KU basketball games.

My deepest prayers to the entire family. Edna was a remarkable lady I had the privilege of knowing in my younger years as friends of the family.

Sorry Kathe to hear about your loss. Praying for comfort and peace during this difficult time.

So very sorry for your loss. Prayers are thoughts for your family.

I send my deepest sympathy to all of Edna’s family. I have fond memories of our school days together at Lawrence High. The class of 1955.

We extend our deepest sympathy to Edna’s and Don’s children and grandchildren.
Ray and Marsha Goff

Sending condolences to Edna’s family and friends. She was a classmate of mine, enjoying sports and later on in life, dances in the area. I am so sorry to hear of her death and your losses. Dancers always share an enjoyment of life and friendships made in happy times. May you all have peace in your memories of her life with you.

Hey was just thinking about your mom the other day. So sorry to hear of her passing.

So sorry Kathe. Love & prayers for you and the family.

From Rod and Diana Pringle...

So sorry for your loss

Sorry for your loss Kathe.

So sorry for your loss. Sending prayers and love to you all. I have been watching grandfathers old home videos. Aunt Edna always so pretty and fun loving. Good memories

So sorry for your loss Kathe.

Dear Terry, Kathe, Randy and family, sending prayers of comfort and peace to you all. I always admired your Mom’s zest for life, love of dancing and the joy and laughter she shared with us at the many Edmonds family gatherings when I was a kid. With Love and Blessings.

Aunt Eddie- I will miss you very much but am grateful for all the summer memories with you. Love you♥️