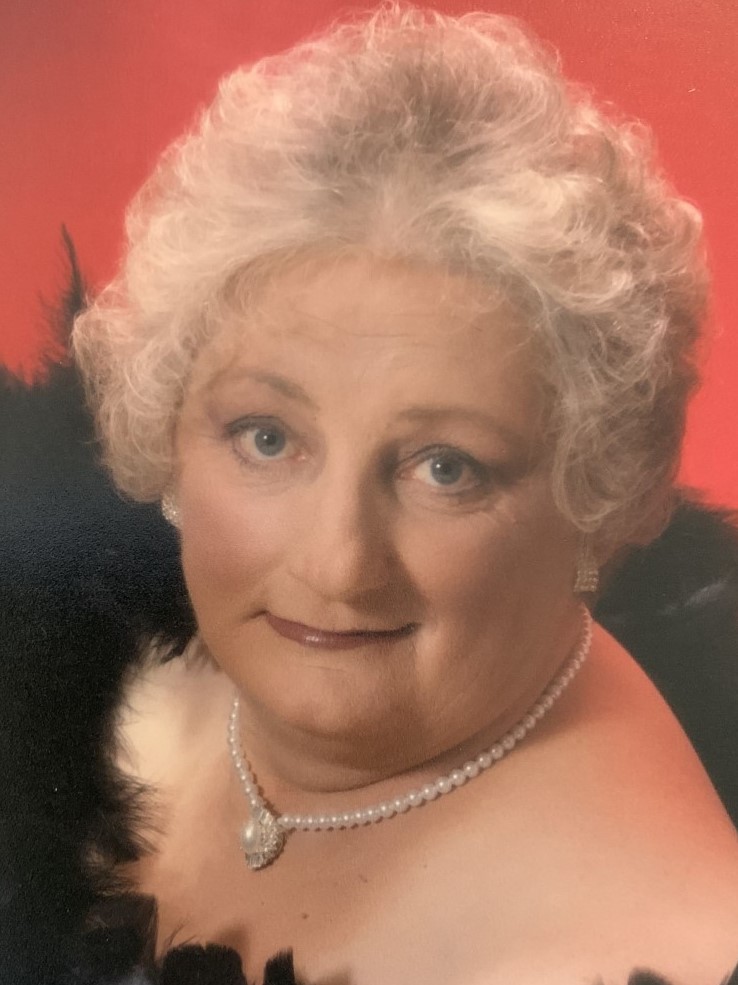 Carol Sue (Nightingale) Gonce of Lawrence, Kansas passed away on October 23, 2020 at the age of 72. Carol was born on December 23, 1947 to Edythe Lorraine (Keller) Nightingale & Richard Nightingale in Lawrence, Kansas. She has 3 younger siblings Richard “Rick” Nightingale (Beverly) , Sheila (Nightingale) Supancic (Dennis) and Randal “Randy” Nightingale (Angie). She attended Lawrence High School. She worked for the Mechanical Engineering Department at The University of Kansas where she retired. She enjoyed being a part of that department and won several awards during her time there. Carol was a loving Wife, Mother, Grandma, Great Grandma, Sister, Aunt, Cousin and Friend. She never ended a conversation without telling you that she loved you and her family knew she meant it with her whole heart! She loved Jesus and passed that on to her children, grandchildren and great grandchildren. She was funny, loving, kind, giving, caring and beautiful! She loved playing bingo. Her favorite shows were Big Brother, Survivor, Amazing Race and American Ninja Warriors. We can’t forget about her Soap Operas or Price is Right and Wheel of Fortune. She liked to go riding out by Clinton Lake with her husband Sid and they would just sit and watch the geese, deer or the raccoons by the marina. She attended every school program or sporting event that her grandchildren and great grandchildren had until she began not feeling well. She would try to find it on TV and watch it or have her family record it for her. She loved going on cruises and she took her two daughters Lorri and Lisa on their first cruise ever to Mexico, that was their first family vacation as well and she was so proud of being able to take them and they all enjoyed spending that special time together. She got to travel a bit when her husband Sid worked delivering trucks across the country, they were able to go to Niagara Falls which she had always wanted to see. Carol was preceded in death by her parents, Richard Nightingale and Edythe (Keller) Nightingale, her brother Randal “Randy” Nightingale, her step son Sidney Gonce Jr, and her grandson Mikel (Mikey) Jeromy Lee Wray. She is survived by her husband Sidney Gonce Sr, her two children, Lorri Ann (Lathrom) Coleman of Lawrence, Kansas, Lisa Lynn Lathrom (Stephen L. Webb) of Lawrence, Kansas as well as her step children Timothy Gonce of Lawrence, Kansas, Billy Gonce of Lawrence, Kansas, Robert Gonce (Julie) of Lawrence, Kansas; 18 grandchildren and 14 great grandchildren. There will be a memorial service announced at a later date. Donations can be made towards a memorial bench or picnic table that will be placed at Clinton Lake State park or a City of Lawrence Park in Carol’s honor. Donations can be sent to Lorri Coleman 1301 W 24th St Apt E-13 Lawrence, Kansas 66046

So sorry for your loss, With deepest sympathy.
Janet Daniels

your precious mother raised two strong, wonderful women. and that is her greatest legacy. God bless.

I always enjoyed going to visit her with Kionna or seeing grandma at the family gatherings. I was lucky enough to have heard a few of her stories & she was really good at telling them. I got to hear about her accidentally visiting Niagara Falls with Sid & we talked about Big Brother a lot cause we both were fans. She was an amazing woman & will be missed. Love you too Carol.

Lisa an Lori I’m so sorry to hear about your mom. My thoughts an prayers are with you all. Shannon Channel

Lorri & Lisa, very sorry to hear of your mom passing. She was a wonderful person. She always treated me like family when I was younger and coming over to your house. Hugs & prayers.

Dear Lorri, sorry to hear about the passing of your mother. There is nothing I can say, but I hope the love of God, the comfort of your family and friends, and the happy memories will see you through this difficult time and in the days ahead. May God be with you and your family. Take Care

Sid am so sorry for the loss of Carol..She was a great wife and mother. Carol n momma (Phyllis) can have fun once again. Shes a very special angel,,,

From Ron and Victoria Gough...

Please accept our deepest sympathy. Carol was a beautiful person who loved her family so very much. Keep that love close to your heart and keep your precious memories of her forever in your mind. Carol is flying with the angels right now and exploring the wonders of Heaven. We pray that the Lord will provide comfort to all of her family.

Carol or Mom was someone that I loved so very much .She was a great mom wife grandma. She treated my kids like she had been there grandma there whole life.i will miss talking with her .No one said sweetie like her. I will miss us praying together. We as a family are blessed to know that she is at peace no more pain no more sickness .I will miss you Mom but will see you in heaven Love you mom from your son Stephen L Webb Sr

Sid and Family: Sorry to hear about your loss. May the memories you have of your wife and mother give you comfort during your grief.

So sorry Sid. You are in our prayers. Larry & Jessica Devers in NM

Carol was a special soul! She helped us all in the ME department so many times and was always kind and caring. Please accept my sincere condolences in your time of loss.

I am sorry for your loss. I truly enjoyed talking to her.

Lisa and Lori, I am so sorry for your loss. Carol was an amazing woman, she was always one of my favorite cousins growing up. She is going to be missed. I will keep you all in my prayers.

Our hearts are are hurting because your not here. You are in a good place with the Lord our Savior. We will see each other again. Lisa and Lora our prayers go out to you both. Your mom was a great and wonderful person . R. I. P. My dear friend.