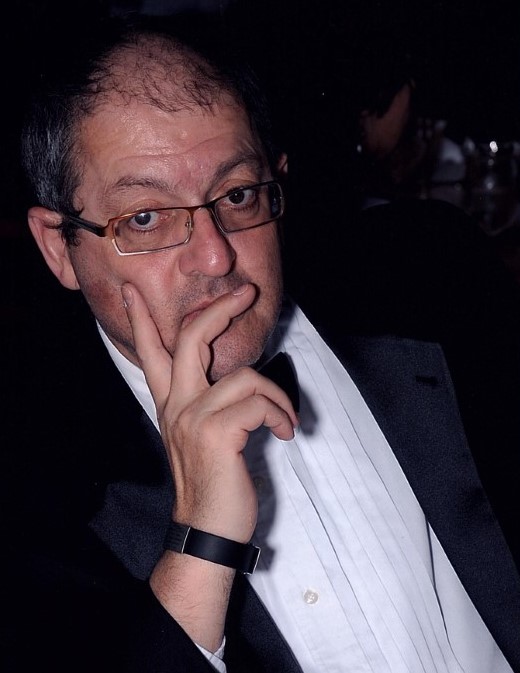 Gary Louis Pomeroy passed away Wednesday, November 4, 2020 at Lawrence Memorial Hospital in the early hours of the morning. He was born in Mesa Arizona on July 26, 1952. He was the son of Reuel Nephi Pomeroy and Helen DeLucia Pomeroy. He was a dedicated husband and father. His greatest desires always revolved around serving his family. He was completely devoted to his wife, Susan, and their son John. Gary was an active member of The Church of Jesus Christ of Latter-day Saints. He cherished his commitments to the gospel and his temple marriage with Susan in the Salt Lake City Utah temple. He held many positions of leadership in the church and was respected by all who knew him. Gary graduated from Brigham Young University with a Bachelor of Science, an MA from BYU in European History and a JD from the University of Kansas. Gary was a legal advocate for Kansas children in need. He spent many hours working in their behalf.

Gary was an avid reader and especially enjoyed studying American History and the Civil War. He was always available to give many tidbits of information about history. He was very interested in the Space Program and visited the Kennedy Space Center many, many times. Gary’s quick wit was the delight of all those who knew him. He enjoyed Formula 1 racing and taking cruises with his wife. This photo was taken on Navigator of the Seas in January 2011.

When asked many years ago of what he would say to his family, if he knew his death was near, his response was, “See you later.” Susan and John now answer with assurance, “See you later, Gary. “

Dear Susan, I’m so very sorry for your loss. The Lord moved you into my heart today and when I typed Gary’s name in Google, this came up. I hope you are well. I’m praying the peace, love, and comfort of the Lord would just cover you and John. Much love, Diana Hutton (TSBS)

Susan and John, I have been thinking about you a lot the last month. I was stunned when I heard that Gary had passed away. I loved his wit and wisdom. I won’t even attempt to understand the pain you have felt for the past month. Just know I and many others are still thinking about you and wishing you peace.

I worked along side Gary for over 15 years. He was an exemplary mentor and a fun person to spend time with. He always had a story or some interesting information. My sympathies to his family. I know he will be missed by many.

we are so very sorry to see this. we shared the ‘back fence’ with Gary and Susan for many years. Now that our hearts and prayers are with you

Gary was a bright spot with his droll sense of humor and essential kindness. It seems impossible that he’s gone. To his family, I pray you will be blessed and comforted during this hard time.

Susan I am so sorry to hear of your husband’s death. I did not know him, but I know exactly what it is like to lose someone you love so dearly.

Susan so sorry to hear about the loss of your husband. My thoughts and prayers are with you and John.

Susan, John, and family,
Sending out prayers that the Lord will comfort and stregthen you with quiet assurance. I will miss seeing Gary at the Temple, at the Law Enforcement Center, and I’ll miss the great impromptu chats in the church library. I always learned something, always shared a laugh, and always counted him as a great friend and ally. His unique and wonderful presence will be sorely missed. God bless you and keep you.

Susan, my thoughts are with you and your family as you slog through this very tough time. I saw Gary so often in court and he truly did make a positive difference in the lives of many children. He was an advocate who exemplified ethics, competence and professionalism. And, of course, he was a witty guy! You must know that he touched the lives of many people in helpful ways. Peace to you and your family.

Susan and John
I’m so sorry for your loss. Having been through this a little over a year ago, I can say it’s good that you have each other. John, I’m glad you moved back to Lawrence. You are special people. God will take care of you.

From Chris and Larry...

Susan, we have fond memories of you and Gary. Those memories go back many years.

Susan- I’m so sorry for your loss. May the memories of your life together soon overshadow this time. Please know that the prayers of many in the community you have nurtured are with you now.

Susan and John
I have fond memories of Gary and loved his dry sense of humor. When in Sunday School he would make some amazing comments on subjects we were talking about. It was obvious he loved his family very much. We mourn with you!
Donita and Marc Bouton

Memoriam for Gary Pomeroy:
Gary was my Brother-in-Law, we were always good friends even though separated by the many miles between Lawrence and Philadelphia. Susan and I would often chat. In September 2017 we all went on a cruise to Canada and Nova Scotia, it was such fun. Gary always had interesting facts to share. We looked forward to the new adventures each day would bring. He was very intelligent and willing to help in a gentle and friendly way. Gary unselfishly assisted Susan in taking care of mom and he never complained once. Gary devotedly loved their son John and Susan, they are the perfect family. My life won’t be the same since Gary’s passing. It was always a challenge to find a Christmas present for Gary, his interests were varied, he loved reading and studying about Space Flight and History. May God in Heaven shine his countenance on Gary and Susan, I’m sure he’s in Heaven now with his Holy Father.

Gary was my friend and Brother in Law. He and my sister Susan cared for our mother those many years in Lawrence. Mom was very ill and it was very difficult from a care perspective, he never complained and loved my mother very much. Gary enjoyed American History, Civil War and many scholarly subjects. He was a skilled attorney, father, husband and member of his church. His profound faith and belief in an afterlife softens this terrible blow. I will miss Gary very much, I know Susan is heart broken, she and Gary shared their life’s in the fullest extent. May God look down on Susan and bring her peace.

Susan, we are so sorry for your loss. Our prayers are with you and your family.

Gary was a really nice person and such a pleasure to know and work with. One of the good guys! Peace to you and your family.

I have such fond memories of Gary and his quick wit. He truly made me laugh out loud at times. My thoughts and prayers to Susan and John as they navigate this life without him. The world has lost a really nice guy.

Dear Susan, my heart goes out to you and John. Though temporary it is nonetheless such a deep loss. Even though our life on Earth is brief compared to Eternity, moments like these can feel like an eternity of Sorrow when your best friend is no longer beside you. We have the fullness of the gospel and are so very blessed in that. It does provide comfort beyond any thing the world can offer, but the pain of loss it’s still ever so deep. This kind of loss shows that a person can experience a deep and eternal grief even though in the Eternal scheme of things we are without our dearest love for a very short time. I will always remember the way Gary could make me laugh. Mark and I used to talk about Gary after Sunday school class and the way he would make us laugh. I love you.

Susan my family and I are very sorry for the departure of Gary. I got to know him better just before we moved to Topeka and he is a very funny guy, and super smart. I will never forget one day he came to our home and brought me a Steelers hat which I still keep and will always take care of it. Becky the kids and I will keep you in our prayers and thoughts. Until we see him again.

Gary will truly be missed by all of us who knew and worked with him. He was a wealth of knowledge and could put a smile on anyone’s face with his quick wit.

Was extremely sad to hear the news of his passing however reading his obituary has brought a smile to my face. That “see you later” paragraph is definitely the Gary I will miss.

Susan,
I can’t say how shocked and saddened I was to hear this news. Gary always made me laugh. His dry sense of humor was second to none.

Susan, Your family is in my thoughts and prayers. Take great care, Mary

I have known Gary since he practiced in KCK. He was a great attorney and a great friend. He always had something witty to say. He will be missed.

Susan,
You are an inspiration to your Tai Chi classes, so our thoughts are very much with you at this sad time.

Condolences to Gary’s family on his passing. Gary and I met through our work in KCK decades ago, and we continued our acquaintance in Lawrence. Seeing him at the courthouse always brightened my day. I always knew he had something witty to say about current events. And he was an excellent attorney. He will be missed.

I am thinking of you during this terrible time. Please do remember to take care of yourself. You are a strong lady. I know that strength will help get you through the coming weeks. You are in my heart.

I am very sorry to hear of Gary’s passing. I always enjoyed his sense of humor as we worked opposite sides in Court. A true gentleman and professional.

From Charles and Christine Schumann...

Susan,
So sorry to learn of your loss. The friendship we had with you and Gary in Lawrence is one of our most treasured memories. We miss you both! You are in our thoughts and prayers!
Charles and Christine Schumann

Dear Susan-I was so sorry to hear of your husband’s passing. Please know my thoughts and prayers are with you during this difficult time.