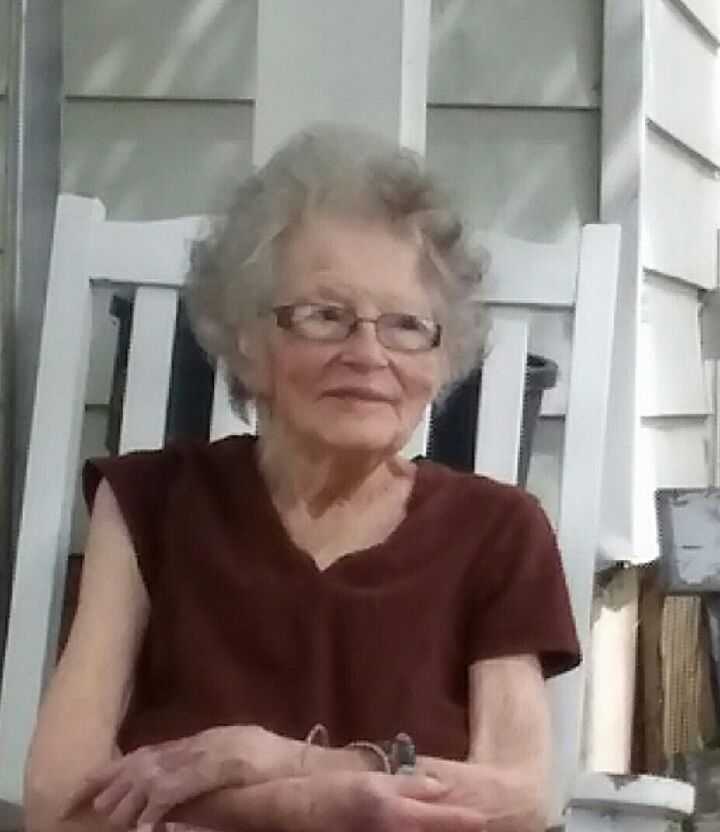 Graveside services for Verdeania Vivian Zeller, 87, Baldwin City, will be 11:00 a.m. Saturday at the Vinland Cemetery in Vinland, Kansas.

She was born on July 9, 1933, in McPherson County, Kansas, the daughter of Melvin Raymond and Viola Vivian Koons Anderson. She was baptized on September 16, 1933 at Bethany Lutheran Church in Lindsborg and was conformed in 1948 and joined the church as a young adult.

She attended grade school at West Kentuck in McPherson, where she graduated in 1947, then graduated from Lindsborg High School in 1951.

After school she worked for families with new borns and small children. She started to sing in Messiah chorus at Bethany College while she was still in high school and after she graduated. She worked at Duckwall’s as a sales clerk, and then worked for Southwestern Bell as a telephone operator in McPherson.

She married Francis Melvin Zeller on October 6, 1960 at the Baptist Church in Ottawa, Kansas. They moved to Vinland in 1961 and have resided there ever since.

Later she worked as a cook for the Baldwin school district, Baker University, and the Delta Tau Delta fraternity. She also worked as a sales clerk for McCall’s and Weaver’s department store.
As well as being a homemaker and helping outside with her husband and family on the farm, she also taught Sunday school, Bible School, sang in the church choir, was involved in 4-H, and worked concession stands at the fair. She was active in the Democratic Party in Lawrence, and held different offices locally and in Topeka.

She loved to sew, embroidery, crafts, gardening, canning, singing when possible, and playing the piano. She also enjoyed her family, grandchildren, and great grandchildren, attending many sports events and activities.

She was preceded in death by her husband; parents; brothers, Raymond who was killed in the Battle of the Bulge in WWII and Leo in Yucaipa, California; daughter in law, Kathy Zeller; her grandparents; great grandparents; several uncles, aunts, cousins and friends.

She leaves behind four children, Rita of Baldwin, Stephen and wife Karen of Overbrook, Mark of Lecompton, Barbara of Paola; 12 grandchildren; and 13 great grandchildren; one brother, Dale of McPherson; several nieces, nephews, cousins, and friends.

Memorials should be made to the Vinland United Methodist Church, sent in care of the funeral home.

The family respectfully asks that no peanuts are consumed prior or brought and perfumes not be worn to the visitation or service, due to severe allergies.

Rita, Steve, Mark and family – David and I send you all our prayers and support the passing of your mom. May God sustain you during this time and bring you great comfort.

Sorry to learn of your Mothers Death. Had many good times with her at Douglas County Fairs and other events …….Joyce and John Dillon, Jeff and Doug.

Rita, Barbra, Mark, and Steve, I was saddened to learn of your mothers passing. She was always very up beat, and full of life. She always treated me like one of her own, when I would be at your house. Prayer, thoughts, and hugs to all of you. I did not realize that she shared the same birthday with my mom. 7-9-33 What a small world it is. god bless.

From Connie and John Hey...

Rita, Steve and family, thinking of you and sending our sympathy to all of you.

Thoughts are with your family. She was always an inspiration and a happy lady. She gave me my first camera using green stamps she collected. Still have the camera!! I will always remember her kindness

Rita and Steve I’m sorry to learn of your Mother’s passing. May good memories sustain you in the coming days.