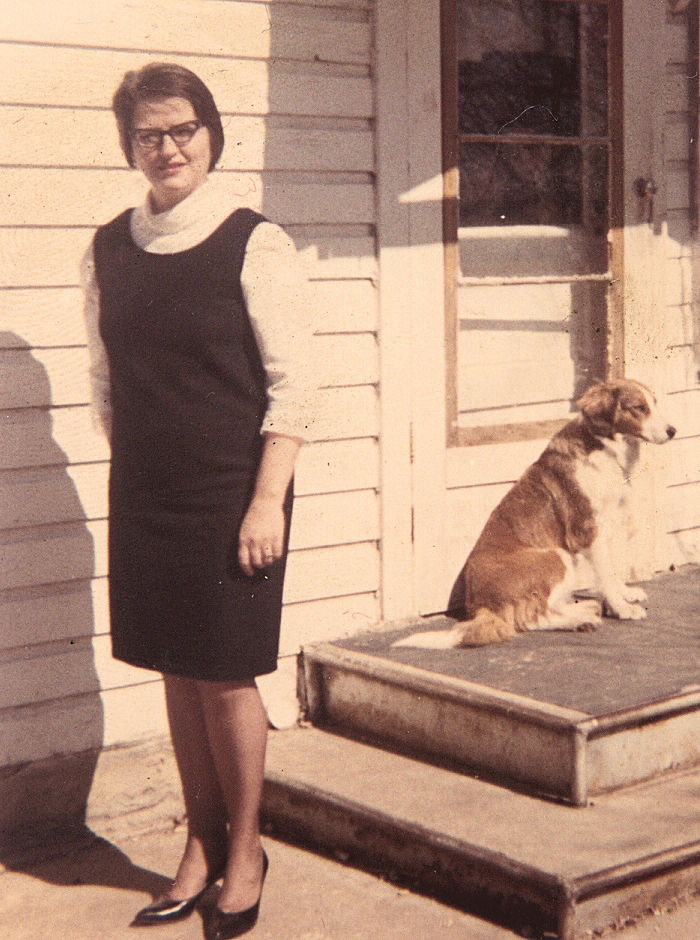 The services for Merl Marie Childers (Rousseau), 84, Lawrence, have been postponed indefinitely and will be announced at a later date.

Merl was born to Chester Arthur and Emma Rousseau in Shattuck, OK on February 4th, 1936. The family moved to Kansas in the late 1930’s. Merl was raised by her Aunt Nettie Bell and Uncle David Rousseau in Belle Plaine, Kansas. She graduated from Belle Plaine High School in 1954 where she was active in band and choir. In 1955 she married James L. Childers. She and James lived in Belle Plaine while he taught high school English in Belle Plaine, Norwich, and Newton KS. After the birth of their first son, David, the family moved to Lawrence, Kansas and lived on a property in rural route 4 near Clinton Township. During this time, Merl was an active church member and 4H volunteer, directing the Clinton Presbyterian church choir, vacation bible school, and participating in other church leadership activities. The family moved into the City of Lawrence in 1968 while James attended graduate school at the University of Kansas. Merl worked as a school and city bus driver and later a bus driver trainer in Lawrence and later in Belle Plaine and Wichita.

Besides raising her three natural sons, she opened the Childers home to help raise several foster children. After her husband’s retirement and a return to Belle Plaine, she again drove a school bus and conducted advanced safety training for USD #357 and others and was active in the local presbytery as a volunteer and session leader. After her retirement, the couple returned to Lawrence.

She is preceded in death by her husband, James, her brothers John, Chester, Alfred, and Buck, her sister Lucy Hernandez, her granddaughter Vanessa and great-granddaughter Alexis.

In lieu of flowers, the family requests memorial donations to the Douglas County VNA and Hospice, in care of Rumsey-Yost Funeral Home.

Very good post. I will be going through some of these issues as well.. Florina Karlis Mintun