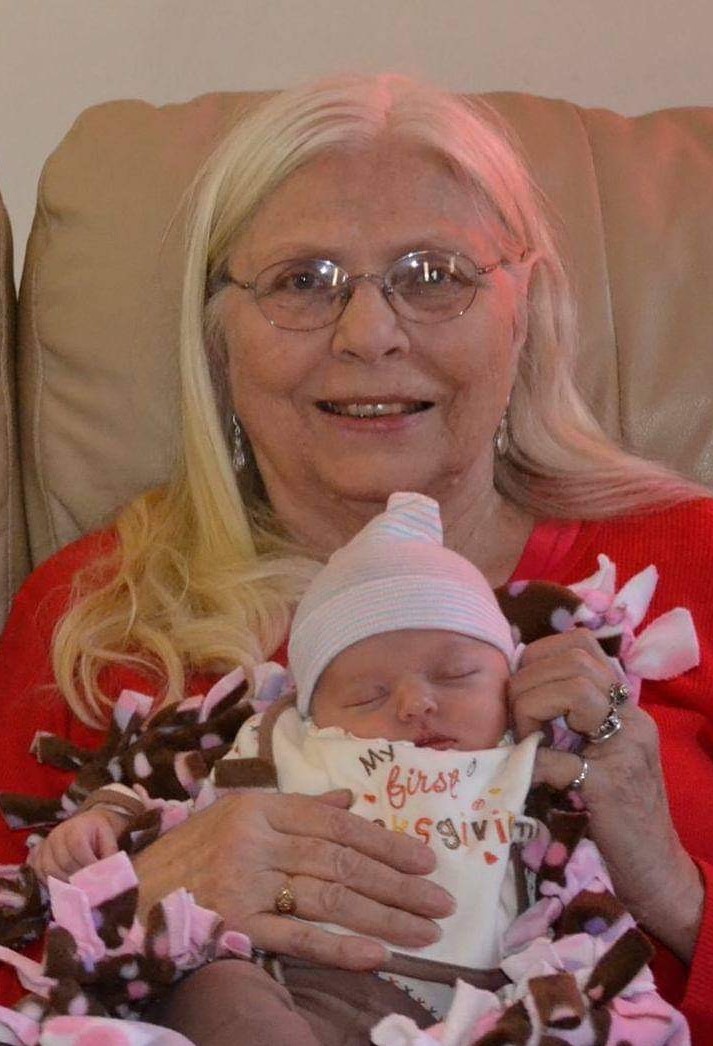 Aleta Ann [nee Brinegar] Cavender, 83 years old of Baldwin City, KS, passed on Friday, January 8th. She was born on February 18, 1937 in Haskell, Texas to parents William Thomas and Opal Mae Brinegar. She graduated high school in Knox City, Texas and continued her education at Hardin-Simmons University in Abilene, Texas. Aleta had four poems published in national magazines before locating to Olathe, Kansas in 1958 to be close to her older brother, Daniel Richard Brinegar, who was then in the US Navy at what was Olathe Naval Air Station.

Aleta first married in early 1963 and gave birth to her only son, Davey W. Richardson, on February 18, 1964—on her own birthday, and by only 20 minutes difference. She was a single mom for over twelve years at a time when it was not a common occurrence, and she eschewed dating for all those years, feeling she had two parents’ jobs to do. She also had become a comptroller of a large Johnson County company in the early 70s.

Introduced by her father, William, she met her husband, William E. Cavender, marrying on July 4, 1976, also acquiring stepson Gary E. Cavender of Ft. Worth, Texas. She left the business world in 1980 for farm life, especially her greenhouses. In the 90s, she worked for four years at Enright Gardens, returning home to help Bill with the home and to design websites in the early days of the Internet. Her loves were family, caring for others, justice, oil painting, gourmet cooking, nursery and garden, kindness and love, her grandchildren and great-granddaughter, Leona Richardson.

A Celebration of Life will be held at The Nook, when husband William is home from rehabbing a fractured knee. We will be posting a notice once we have the date. Many thanks to Susan England, Roger Dressler, Niki Manbeck, and all my family and friends for all their love and support.

I read the above and was surprised to see the name Thomas Brinegar appear. My great grandfather was Thomaas Brinegar of Thayer, KS. I share sympathy in your loss. Stanley DeFries