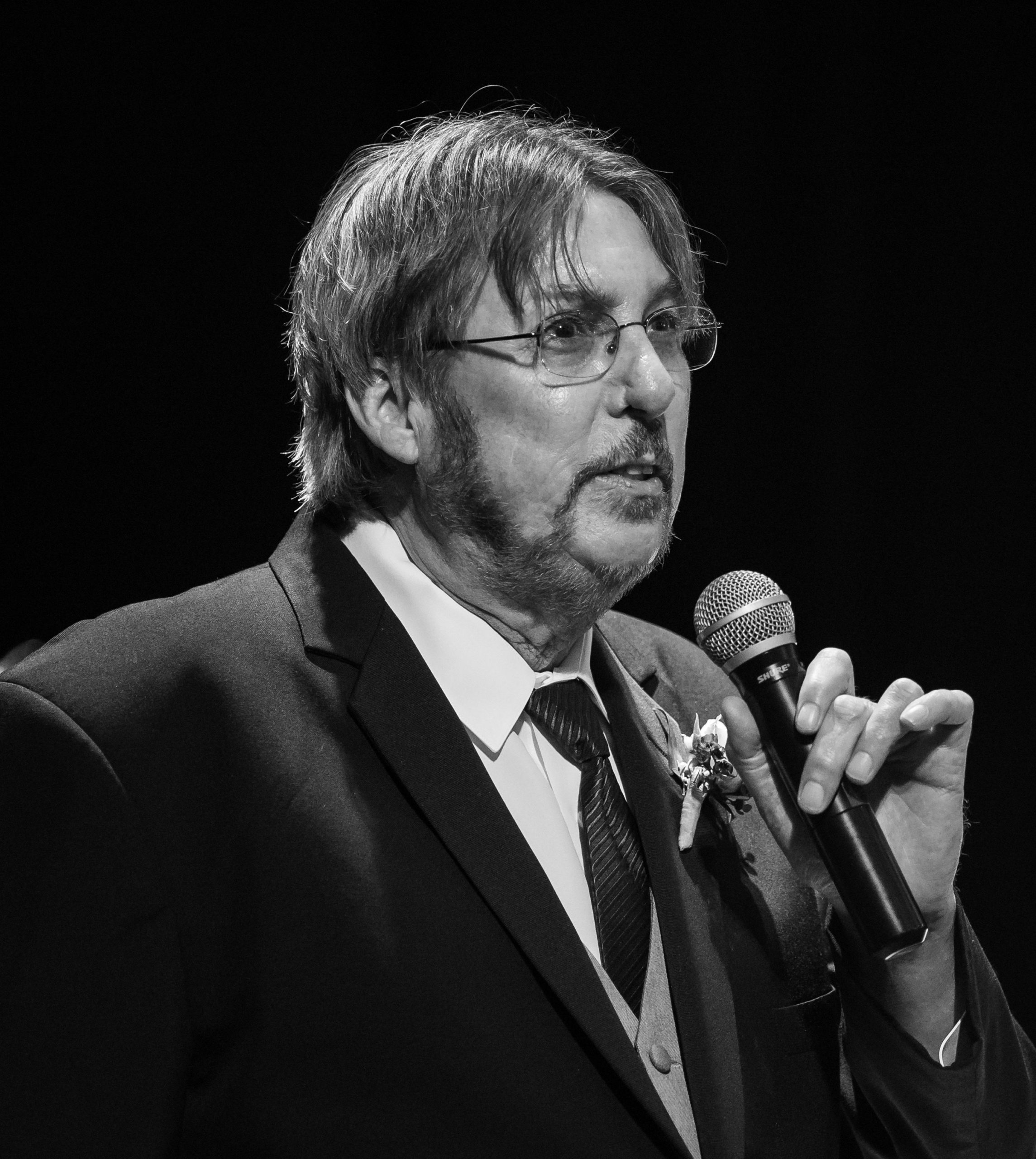 After the passing of Donald Bales, Jamie married Dr. Michael Kyriakos who lovingly adopted and raised Mike. The family resided in Kirkwood, Missouri where Michael attended Kirkwood High School, graduating in 1973. Mike briefly attended the University of Washington in St. Louis. He later transferred to the University of Kansas and graduated with a degree in secondary education.

Mike began teaching in the Ottawa school district. He taught at Ottawa Middle school and later transferred to the Ottawa High school where he taught Sociology and American History. During his time at both schools he coached volleyball, cross country, track and field, and assisted with basketball and wrestling. Mike was the sponsor for the Ottawa High School Key Club.

Mike was very active with his children’s sports coaching them in both softball and volleyball. He was an avid music lover and enjoyed attending concerts through the year. He loved sports of all kinds, especially the Kansas City Chiefs and the Kansas University Jayhawks basketball team.

Mike was preceded in death by his father Donald Bales, his mother Jamie (Bales) Kyriakos, his aunt Jeanette Jordan, his uncle Richard Edwin Jordan and his brother-in-law Dr. Gary Vinyard.

His family hopes to celebrate his life this summer, date to be announced, services pending.

Your family is in my thoughts and prayers. Take great care, Mary

Sara and family I am truly sorry for your loss. You will be in my thoughts and prayers.

Sara, Ellen and Paula..I knew Mike for over 45 years..He was one of the best and most giving people I ever met..He will be missed

K-Man as we called him on our softball team Bogarts Wild Bunch was a one of kind. He always retained a positive outlook in what ever his endeavors may include and was just a joy to be around. RIP ~ Mike
My sincere condolences 💐 to his family friends & anyone that knew him.

Diane and I are so sorry to hear of Mike’s passing. Always enjoyed talking to both of you at Hanson parties over the years. Our thoughts are with you.

Sara, Paula, and Ellen,
I was so very saddened to read of Mike’s death. He contributed so much to so many. You are in my thoughts and prayers. You will always be a special family to me. Sending love. Carlotta (Hemphill) Edmonds

So sorry for your loss mr. K was my 6th grade teacher and he was so funny I really loved his class rest in peace mr.k my condolences to you and your family

Sara and Family-
I am saddened by your shocking loss. Mike was a good family man. May you find comfort in his many wonderful memories you have of him! Hugs and Prayers for you at this trying time. Barb George and Girls

Sara an family sorry for your loss. Mike was a good dude. My he rest in peace. Weegee Green.

Stacy and I are so sorry to learn of your loss. I remember Mike when our daughters were younger and he was such a wonderful person to be with. Our memories of him will always be of a kind and generous person. We are thinking of his family in this time of grief.
Paul and Stacy Silkiner

Sara & Family,
I’m so very sorry for your loss! Mike was one of those rare teachers who was easy-going & relatable. He always treated students with kindness & respect. He was great to work with & he made my daughter, Hannah, feel truly special as his aide. Such an awesome man! Wishing you comfort, love & peace in the coming months.

Sara, Paula & Ellen
I was so stunned and saddened to learn of Michael’s passing today. What a great husband, father and person that will be greatly missed by so many. God Bless him and each one of you.

Sara, Paula, Ellen and family: I was so saddened to hear of the death of your husband and father and hope you are taking comfort in the support of your family and friends. I know this will be a difficult time for you. Please accept my sincere condolences.
I will certainly be thinking of all of you.
Carol Hampton

Sara, Paula, Ellen and extended family,
Our deepest sympathy during this devastating time. Mike was always so cheerful, helpful and involved. His dedication to coaching and teaching was amazing! Please reach out if there is anything we can do.

From Donna and Bryant...

Dear Sara, Paula, Ellen and the rest of Mike’s team of family; It feels like there is a whole in Lawrence with his passing. He is probably coaching a whole different kind of team now. We are thankful to have known Mike as a colleague, friend, and teammate. Knowing Mike, he would want you to support each other, and let others help too! Mike left a positive impact on many students, colleagues, and friends. Thank you for sharing Mike with so many others. Much love to you and your family,

Mike’s classroom at OHS was across the hall from mine. I could count on him to help me with my questions or with my class as a new teacher. I got to know him better when we served on the School’s teacher committee for the Honors Society. I learned a lot from him as I watched how he interacted with students and teachers. He was truly loved and respected by his students, and it seemed to me that he could get them to do anything he asked of them. A rare quality in a teacher.

Mike was a great friend and a terrific teacher. He never wore some of his deepest feelings on his sleeve, though he was enormously accessible to those who needed him. May Christ keep him and his family and friends.

So many wonderful memories on the softball field with Mike. Truely a great human being. Prayers for you all.

Our prayers and thoughts are with your family Coach K. Great educator and coach. Loved by all
Jackson family OHS

Dear Sara & family;
Met you in the mid 1970’s in Lawrence while students at K U. You were so in love, I knew U 2 would be together the rest of your lives. At 73 it’s hard to see others younger pass when they lived a good life and stayed fit. Have not seen you since Hips celebration of life but have kept up with you thru Ken Simonton, who’s been my best friend 45 years. You’re in my prayers.

so sorry for your loss.

Sara, Paula, and Ellen,
What a monumental blow to lose Mike at such a young age. He was so devoted to all of you and a rock in times of struggle. I was always impressed with how involved Mike was with you girls–even volunteering to be the only dad serving as a unit leader at Girl Scout Camp. His wit, intelligence, and positive energy will be missed by many, and this loss will be felt every moment by you, Sara. I am so, so sorry.

Dear Sara, Paula, and Ellen,
I am keeping you in my prayers as you draw close to one another for comfort. May you feel God’s love surrounding and supporting you.

Sara, I’m shocked and sadden at Mikes passing. What a sweet guy. Loved seeing him around the softball diamond when we were younger and running into him at concerts too. Gone way too soon. Sorry for you and your families loss. Tracy Dethloff

Sara-
So very sorry for your loss. My thoughts and prayers are with you at this difficult time.

From Marvin and Judy Eldridge...

Marvin and I are so sorry to hear of Mike’s passing. You and the family are in our thoughts and prayers. Sending our love to you.

Sara & Family
So sorry for your loss, Mike K-Man was a wonderful Sweet Guy. You are in our Thoughts and Payers.
Sincerely John & Vicki Miller

Sara and family-
Roger and I are so sorry to hear of Mike’s passing. Sending love and hugs to your and your family.
Roger and Donna Field