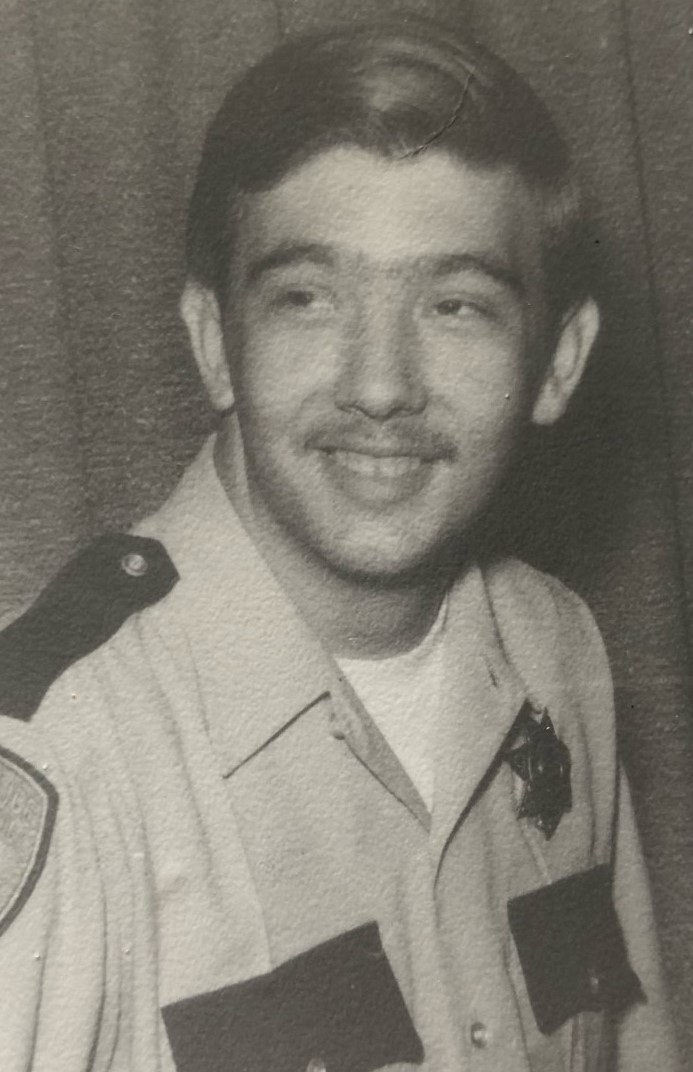 Terrence Lee Stewart, formerly of Manhattan, Kansas, passed away March 23, 2021, while staying in Lawrence, Kansas after having been in the Veterans Affairs Hospital in Kansas City, Missouri.

He was born April 22, 1953 in Oakland, California, to Wilbur and Mollie (Hopkins) Stewart, who preceded him in death. He went to Cupertino High School, in Cupertino, California two years later he started college at De Anza College also in Cupertino, studying Police Science.

Terrence was united in marriage to Susan Marie Foster on March 26th 1976 in Miami, Oklahoma, she preceded him in death on November 19th, 2018. To this union they had five children Lori, Steven, Timothy, Stephanie and James. He was a veteran having served in both the Army and the Navy, serving from 1980 to 1986. Terrence received Good Conduct awards from both the Navy and the Army as well as the Navy Expeditionary medal, M-16 Rifle Sharpshooter medal, M-14 Rifle Marksman ribbon and Pistol Marksman ribbon. Upon his retirement from the Navy in 1980, he went to work for the Veterans Affairs Hospital in Topeka, Kansas as a police officer. During his time at the VA he was the weapons armorer and defensive tactics instructor. While working at the VA he took on the nickname of Stew. You can still walk through the hospital and ask about Stew and people will know exactly who you are talking about.

Terrence is survived by his five children and four grandchildren; Lori Freeman, her husband Thad and two grandsons Michael and Nicholas all of Omaha, Nebraska, his sons Steven Stewart of Manhattan, Kansas; Timothy Stewart, his wife Aleida and two grandsons Gabriel and Sebastian of Lenexa, Kansas; daughter Stephanie Stewart of Lawrence, Kansas; and son James Stewart and fiance Rachel and her daughter Lola of Overland Park. Sister in laws Connie Leahew, Lenexa, Kansas and Roberta Harper, Tulsa, Oklahoma and many cousins and Terrence is preceded in death by his parents and by his sisters Viola (Maxine) Delevoryas, Eleanor (Boots) Standley and Lois Meeker-Toney.

I loved as much as you will obtain performed right here. The sketch is attractive, your authored material stylish. nonetheless, you command get got an impatience over that you would like be handing over the following. unwell undoubtedly come more until now once more as exactly the same just about very continuously within case you shield this increase.

So sorry to see this. So great to know Stew through ham radio.

So sorry to the family of Stew. I worked with him at the VA in Topeka. He was a good guy and everyone will miss him. It’s always sad to loose a brother in blue. God bless.

Tim
I am so sorry for your loss. Your family is in my thoughts and prayers.

Dear Tim and family, my prayers and deepest sympathy are with you during this time of loss. Your dad lives on through you and your children. May God bless you all.

Sorry to hear about terry passing our prayers are with you all.love Rebecca (Gillman)Hedges and family
(Cousins)

I’m offer my sympathy to your family. Sorry to learn of your daddy’s passing, not easy with both gone now.
Peace Be With You, your cousin Betty Tidquist Mullet