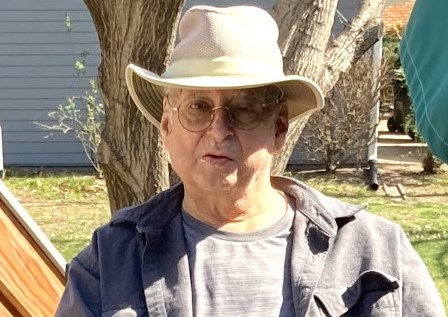 No public services are planned for Robert L. ‘Bob’ Khoury Jr., 73, Lawrence, who passed away Monday, April 19, 2021, at his home, surrounded by family.

Robert was born October 20, 1947, in St. Louis, Mo., the son of Robert Sr. and Shirley Richter Khoury. He served his country in the United States Army.

Bob earned a bachelor’s degree and was most recently employed with T-Mobile in accounting and IT.

He married Carol L. Wehmueller, and together they celebrated their 50th wedding anniversary in July of 2019. She survives of the home. Also surviving is a daughter, Wendy Khoury, Olathe, and Bob’s younger brothers, Randy Khoury and Steve Khoury.

Dear Carol, So very sorry to hear of Bob’s passing. Leonard & I will keep you in our prayers.

Carol, I was so sorry to hear about Bob’s sudden passing. We will sure miss seeing him ride his mower around on your front lawn. He obviously took great pride in keeping your lawn looking so good, as he spent a lot of time outside enjoying th e springtime weather. I know you’ll miss him after 50 years together! Please let us know if there’s anything we can do to help you go thru this difficult time. ~ Bernadette

Carol, you and Wendy are in my prayers. Your friends will be a great comfort and support to you.

So sorry to hear of Bob’s sudden passing. I’ll miss seeing him out mowing his beautiful lawn and working in his flower gardens.

From Kevin and Deb Boatright...

Thinking of you, Carol, at this difficult time.

Carol, you are in my thoughts and prayers.

Carol and family, I’m so sad to hear of Bob’s passing. We’ll be forever grateful for the time he shared with us. Prayers for strength and comfort in this difficult time. Kathy Gretencord

Carol, I’m so sorry to learn of your husband’s passing. Hope all the happy memories will help you at this tough time.
Lynda Alspaugh

Condolences to you and Wendy. My prayers are with you

To Carol and family —
my deepest sympathies go out to each of you.
Rest in peace, Bob.

So sad to hear about Bon’s padding.