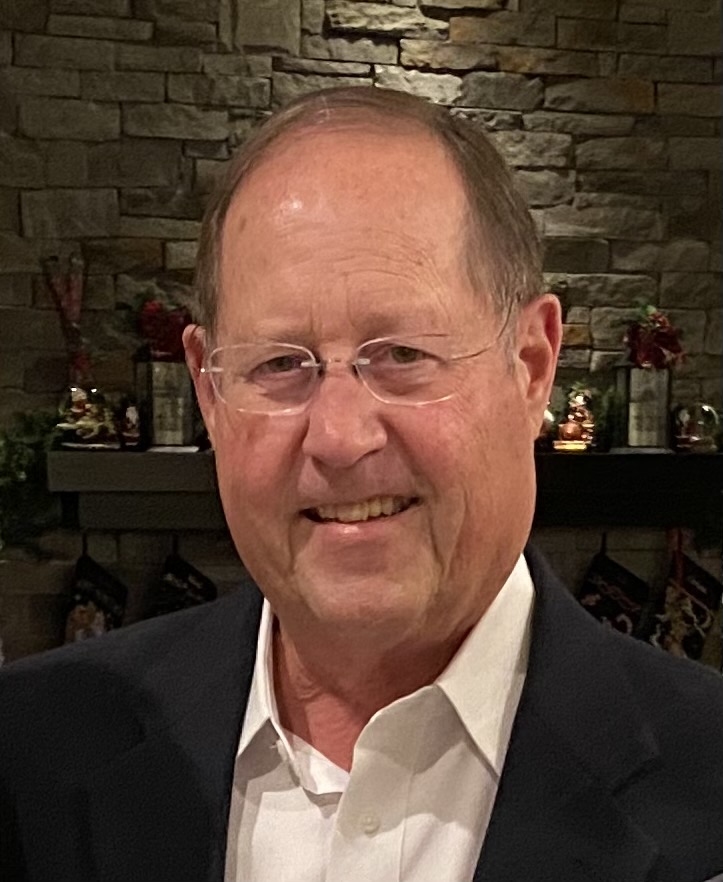 Gary Lee Stauffer passed away on Monday, June 21, 2021, after a brief and courageous battle with pancreatic cancer. He was born in Lecompton, Kansas, May 2, 1945, to Walter (Les) Stauffer and Betty Joyce Crady Stauffer. He was preceded in death by his parents and his beloved wife, Carolyn J. Foster Stauffer. He graduated from Lecompton High School in 1963 leaving his mark as one of the top 15 Kansas all-time prep boys basketball scoring leaders. He graduated from Emporia State in the spring of 1967 and married his high school sweetheart, Carolyn J. Foster, on August 6, 1967 in Lecompton, Kansas.

Gary spent his career with the Lawrence School District. He was fortunate to secure his first teaching position at Schwegler Elementary immediately following his student teaching in the exact same classroom. After obtaining his Masters, he moved into Administration and became the Principal at New York Elementary. Not long after, he was grateful to have the opportunity to return as Principal to what would become his home away from home for nearly 25 years, Schwegler Elementary School. He made numerous lifelong friends over the years who have kept in touch. Various principal buddies, former classmates and their families, and a loyal band of former staff continued to be an integral part of his life, and their support after Carolyn’s passing meant the world to him.

Gary retired after the arrival of his first grandson. In retirement he enjoyed spending time with Carolyn and was grateful they both had the opportunity to have an active role in their grandsons’ lives. He also enjoyed marshaling at Alvamar, biking with his cousin, taking up an interest in photography, continuing to be tech-savvy, but most importantly he enjoyed attending all of the  school and athletic events for Cole and Carson. Gary was an active supporter of his hometown, Lecompton, Kansas. In recent years, Gary put his passion for photography to good use as the official photographer for the Lecompton Bald Eagle. He helped with many photographic enhancements, documented various events and special projects, which contributed to several exhibits in the Lecompton Territorial Capital Museum.

He will now have a most joyous reunion with his lifelong love, Carolyn, and leaves his loving memories, passions, and amazing legacy to be cherished by his daughter, Mendi Hanna, and son-in-law, Scott Hanna, of Olathe and his pride and joy grandsons, Cole and Carson, as well as numerous loving family, friends, former students and colleagues. Gary’s strong dedication, commitment, love and generosity was a blessing to all who knew him.

In lieu of flowers, memorials may be made in Gary’s name to the Lecompton Historical Society, P.O. Box 68, Lecompton, KS 66050.

Prayers to the family. Gary will sure be missed. He was a very kind man. Our family all appreciated his dedication to his Elementary School – Schwegler

Condolences to the family. Go ahead and take your rest Mr Stauffer.

Rest in peace my friend

Mr. Stauffer was a wonderful teacher and role model. He was fair, caring and had a good sense of humor. I believe my class was his first year of teaching at Schwegler—1970-71. I am so sorry for your loss. He will be missed.

My sincere condolences to Mindy and the rest of the Stauffer family. Gary was a very caring and understanding man, who had a wonderful personality. We met when he was at New York School . It was an outstanding time in both our lives, which we enjoyed an outstanding relationship. Gary and Carolyn were two fantastic people, who certainly knew how to make people feel welcomed in their home. May you Rest In Peace, my friend.. God Bless and keep you.

So sorry for your loss, I enjoyed working with Gary during his time with the school district.

Mendi…
Your dad was a fine man and a dedicated principal. I respected him and his educational practice. My sincere condolences.

My heart goes out to your family. I always enjoyed talking with Gary. He was such a kind and thoughtful man!

I worked for Gary at Schwegler from 1985-1988. He was always supportive as I cut my teeth in public school education during that time. On a humorous note, I still remember the time he came to me to suggest I should contribute more coffee for the coffee pot since I drank more than most of the other teachers. Even after I left Schwegler, and years later after we had each retired, he was always cordial and treated me as a colleague. RIP my friend.

I was shocked to hear about Gary’s passing. He was a great guy. Prayers and condolences to his family.

As a contemporary of Gary’s in a neighboring school district, our paths often crossed over the years. It didn’t take long to recognize Gary’s many strengths as a person and as an educational leader. I looked forward to visiting with him and always came away enriched by what he would share. Reading that he retired after the birth of his first grandchild pretty much sums up who he was. My sincerest condolences to his family. Tom Mundinger

To the family of, Gary. Gary and I were in the same Leadership Lawrence Class of 1996. I enjoyed getting to know him and his wonderful sense of humor. May you rest in peace, Gary.

My father, Gail Kasson, a Lecompton Owl as Gary, and my mother, Judy Kasson, who served on the PTA at Schweglar ES, and myself, a Schweglar student in Gary’s early years, extend our heartfelt condolences to the family. Upon sharing the news about Gary’s passing with my father, he shared stories of Gary’s basketball prowess. Gary left a huge mark in Lawrence Public Schools, was a real hero for the small town of Lecompton, a great friend to many, and an amazing family man. He will be missed.

Our deepest sympathies at this time of great sorrow. I did not know Gary very well. But Carolyn and I are cousins. I have lived in New Jersey 52 years. Members of my family keep me up to date about members of the Foster. Pray God’s comfort during this difficult time.
Eunice and Ho Sooer

From Carol and Greg Howard...

Your father and mother were both very sweet and welcoming to me when I first came to Lecompton in 1981 joining the Howard/Morris family. Prayers to your family over this great loss.

So sorry for your loss. Rough times for your family in the last 4 years. Cherish the memories that were made and shared.
Sincerely, Deanna Gowing Posik

So sorry to hear of your Dad’s passing! Prayers to all!

So sorry to hear of Gary’s passing. He was principal when I went to New York Elementary. Such a great man. Rest in peace. Condolences to his family

Dear Mendi and family, So sorry for your loss. Your Dad was a great guy and will be greatly missed. Your folks were such good friends of the museum, we miss them both. Deb and Gary Powell

From Ann and Bill Neuschafer...

My condolences to the family. Gary was the best and caring person. He will be missed