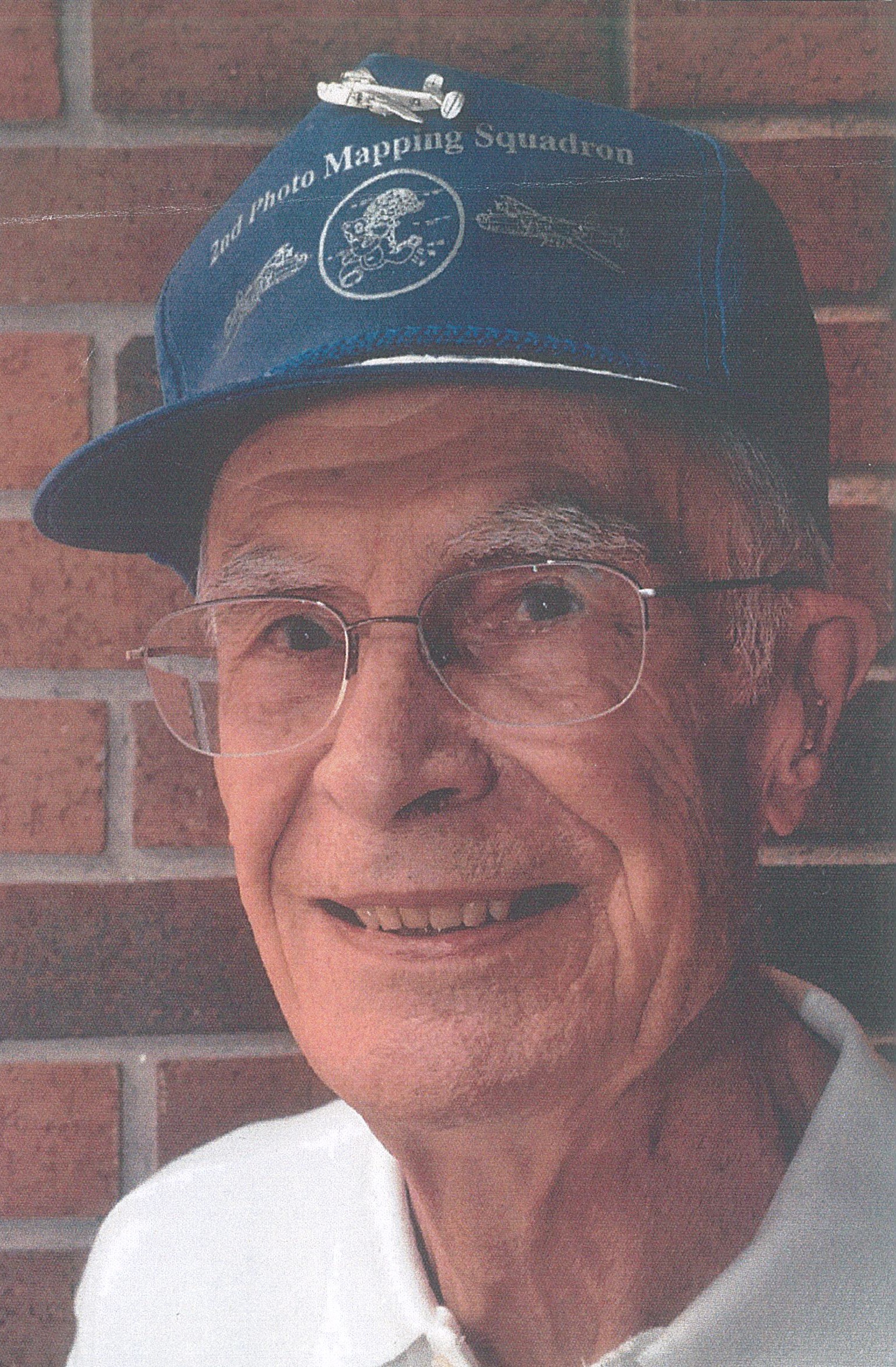 Glenn graduated from Randolph Central School in 1940. He spent a year at Cornell before enlisting in the Army Air Force aviation cadet program. He became a pilot for the 2nd Photo Mapping Squadron stationed in the South Pacific. After the war he married Amy Louise (Oswalt), who he met at a dance, while in cadet training in Oklahoma City. They were happily married for 70 years, and he lovingly cared for her before her death in 2015.

Glenn graduated from Oklahoma State University in 1949 with a degree in physics and math. He worked as an engineer for Boeing for 31 years. That career took the family to Wichita, Kansas, Huntsville, Alabama and Bellevue, Washington. In 1970 he returned to his hometown to work as an engineer for the Borden company. In 1978 he returned to Boeing in Wichita and in Huntsville, to finish out his career. Glenn retired in 1990 and moved to Lawrence, Kansas to be near his daughters and their families. Glenn had an abundance of curiosity and interests including, aviation, science, politics, World War II, engineering, history, and many other things that kept him active and happy until the end of his life.

A celebration of his life will be held at 10:00 am July 2, 2021, at Rumsey-Yost funeral home in Lawrence, Kansas. A family service will be held next May, to scatter the ashes of Amy and Woody in the Wichita mountains near Lawton, Oklahoma.

Donations in his name may be made to Randolph Free Library, 26 Jamestown Street, Randolph, New York 14772, or Community Christian Church at 4601 Main Street Kansas City MO.

Online condolences can be posted at rumsey-yost.com

Mary Nell and Mark, I reach out to wish you comfort in the loss of your father. He left a wonderful legacy, as the best husband and father to his family.

Dear Mary Nell and Sarah – Your Mother and Dad were both outstanding people that touched many lives, including mine, with their warmth and personal interest. Also fondly recall your Dad, Woody’s, since of humor and love of flying as I was his passenger more than once along for a fun ride over Wichita. I am confident he is still in the “left seat” in Heaven

I just read that your sweet Father passed away! He was a wonderful man and I know Amy was waiting for him as he arrived at the Pearly Gates! May his rest be peaceful ! God Bless!

Sarah and Mary Nell, my thoughts are with you and your families. Thinking of you at this difficult time. Sending love and hope for peace in your hearts.

Mary Nell, I had the pleasure of meeting your father and talking with him at your home. What a wonderful man and what a great life he lived! Very sorry for your loss! Your family is in my prayers!

Mary-Nell,
What a lovely tribute to your father. You and your family are in my thoughts.

Mary Nell and Mark and family, so sorry for your loss. Woody was such a nice man; extremely knowledgeable, interesting to talk to, very personable. Our prayers for all of you to remember the good times. Shari and Don