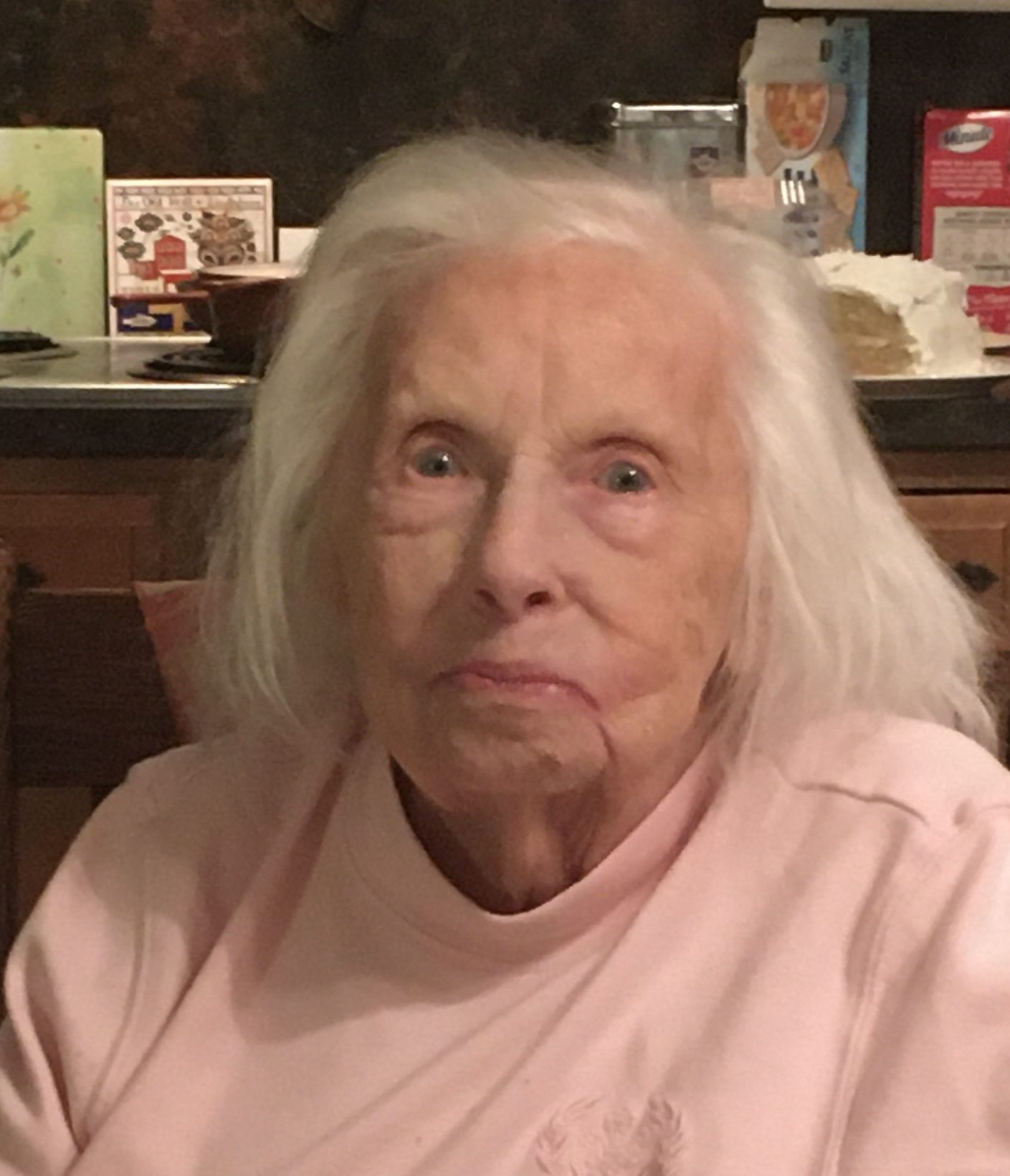 She was born March 2, 1927, in Pine Creek, Floyd County, Virginia, the daughter of David Maston and Laura Ovella Elizabeth Yeattes Young. She graduated from Norristown High School in 1944, and in later years  attended classes at Syracuse University and Kansas University.

She was married to Daniel Francis Merriam on February 12, 1946 in Philadelphia, Pennsylvania and they were together for 71 years until he passed in 2017.

Mrs. Merriam was a lifelong genealogist and historian, a member of Beta Sigma Phi and member of the DAR. She was an avid crafter and amateur painter.  She was also a member of the First Baptist Church in Lawrence.

She was preceded in death by her son, Daniel F Merriam II; her parents, her husband, three brothers, one sister, and two grandchildren.

Friends may call from 9:00am to 8:00pm Friday at Rumsey-Yost Funeral Home, where the family will receive them from 6 p.m. to 7 p.m. Friday.

Graveside services for Annie Laura Merriam, will be 10:00am Saturday at Oak Hill Cemetery.

The family suggests memorial contributions to the D-Day Memorial in Bedford Virginia sent in care of the funeral home.

From Dawn and Danny Trent...

Two words that I think of when I think of Annie are spunky and knowledgeable. Annie was a friend of our family’s from First Baptist Church. She was able to contribute to our church family, sharing her ideas on occasion and her bright smile frequently. We missed her when she was unable to attend.
Annie was also a great example of a supportive spouse as she and Dan shared a busy life with his work at KU. She will be remembered with the smiles she shared.

Dear family,
I’m so sorry for your loss. I knew Dan much better than Annie, in that he was Dept. Chairperson when I graduated from Syracuse University with a B.S. in 1975, and later when I joined the geology faculty at KU I had occasion to visit with him many times. They were both remarkable people. May the good memories sustain you.

From John and Mary Doveton...

Annie made me feel so welcome when I came to Kansas over fifty years ago and has done so ever since. An extraordinary woman who will be missed by many.