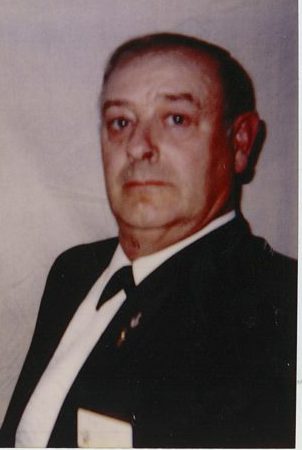 Earl Eugene (Gene) Curl, 83, passed away on December 4, 2020 at Lawrence Memorial Hospital while recovering from kidney cancer surgery. He was born on July 30, 1937 to Earl Curl and Rowena Nottingham Curl. After going to a one room schoolhouse for eight grades, he graduated from Oskaloosa High School in 1955 at the top of his class.

Gene lived in the same area of Jefferson County his entire life except for two years in the Army. While in the service he was stationed in Korea in the DMZ zone. His job there was to transport entertainment groups to different locations.

Gene worked for the U.S. Post Office in Bonner Springs, Kansas as a letter carrier for 33 years. He also farmed part time with his father until his father’s death in 1984. His hobbies included collecting and building model planes and trains. He also enjoyed reading the history of just about everything.

A big part of his life was a devoted, lifelong member of Lawrence Masonic Lodge #6, joining in 1978 and holding many positions there.  As a Scottish Rite member, he was endowed with the 33rd degree in 2017. A special, thank to his many lodge friends and coffee buddies.

Gene had chosen to be an organ donor. Private interment will take place at Oak Hill Cemetery.

I was honored to know Brother Curl. He was a Mason who endeavored to live its tenants.

I will miss Gene and will remember him fondly.