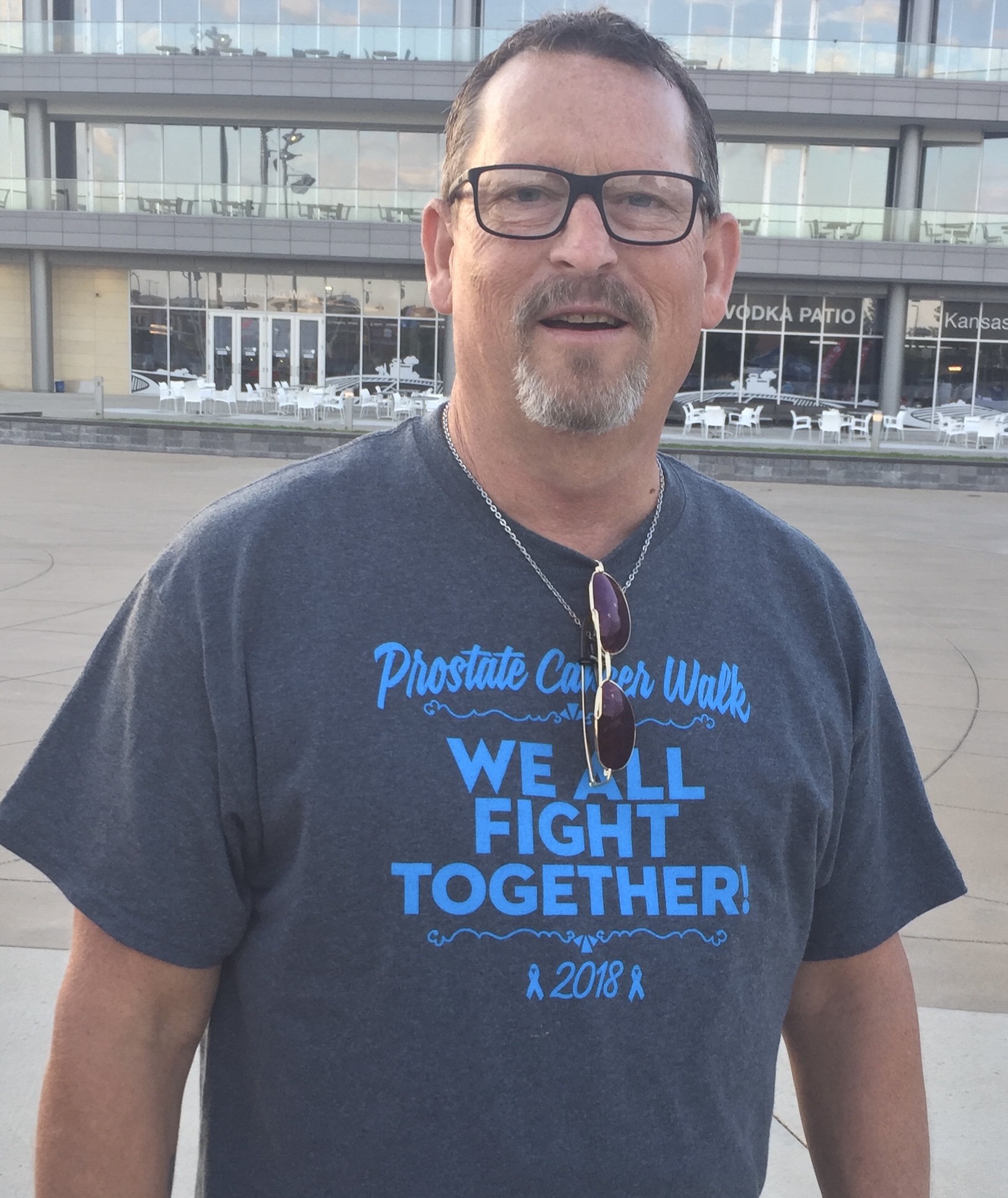 Visitation will be held from 6pm-8pm at Rumsey-Yost Funeral Home on Monday, August 9th. Graveside services for Mark will be held at 10am on Tuesday, August 10th at Oakwood Cemetery in Baldwin City.

He was born May 6, 1959 in Lawrence, KS, the son of Robert and May Abel. He graduated from Lawrence High School in 1977. He retired from the City of Lawrence after 20 years. He then joined USD 348 as the Head Custodian to spend time with his grandchildren.

Mark enjoyed camping and boating with his wife and friends but his biggest joy was spending time with his grandchildren.

Memorials may be made to, Mark Abel Memorial Fund and send in care of Rumsey-Yost Funeral Home, PO Box 1260, Lawrence KS 66044.

Veronica and family. I’m so sorry and saddened for your loss. It was a long hard battle. I didnt know Mark very long but did know he was a wonderful person. He was always so positive and upbeat. A joy to talk with. God bless his soul. Know you will be in my heart and prayers. Stay strong.

Veronica, so sorry to hear of Marks passing. I remember long ago when you two were dating & he was a great person & always made you smile. Sending you positive thoughts & prayers.

I am very sorry to hear of Mark’s passing. I enjoyed very much working with him in the Sanitation Department. He was a very good guy.

We were so sorry to hear about Mark’s death. You have our deepest condolences.
Linda and Vince Weeks and family

Veronica & family,
I am so sorry for your loss. My sympathy to you all. May all your memories of Mark help you get through this difficult time.

Mark was a good friend and co-worker. We bounced many ideas off of each other. Sorry for your loss I know how much he was lives by family ans friends.

My older cousin, Mark taught me how to do boy stuff including how to ride a motorcycle, around aunt May and uncle Bob’s house( tearing up uncle Bob’s grass)
The childhood memories of my big cousin will always be in my heart.

Veronica, Ashlea and family we are sorry for the loss of Mark. He most certainly was appreciated as an employee of USD 348. Our thoughts and prayers are with you all.

Nate & Alli,
Our thoughts are with you guys. It is difficult when a loved one has past. I had the pleasure of knowing your father on a business level and he was a great man. His memory lives on.

Nate & Alli – I’m so sorry for your loss. Sending prayers for peace.

Veronica I am so sorry for your loss. Prayers for you and your families.

Mark was kind, compassionate & courageous. He always called me by name at family gatherings, even when we hadn’t seen each other for years. The world is a better place because of Mark.

So sorry for your loss. I worked with Mark at the City of Lawrence, he was a kind and considerate man. My thoughts are with you and family.

Dear Veronica and Family: I send you my deepest condolences and thoughts of peace to each of you. We don’t know each other, and it’s been years since I last saw Mark, but I’ve always thought of him as a friend. We go back to junior high and high school, friendly competitors in wrestling and track. More importantly, we enjoyed each other’s company and laughed. A lot. It doesn’t surprise me to learn how much he enjoyed being a husband, dad and grandpa. Looking back, I suspect he always had that in him. I’m sorry we didn’t re-connect to share stories of kids and grandkids. Please know you are all in my thoughts and know I share in the joy of having had known Mark years ago.

I known Mark for 58 years, he was great friend and neighbor.

Prayers to you Veronica and your family!! Memories are the best!!

From Jeanne and Dennis Michel...

I am so sorry to hear about Mark. My thoughts and prayers are with Veronica and his family.

So sorry to hear of Mark’s passing. He was my boss at the City of Lawrence. Your family is in my prayers.

From Richard and Martha Roberts...

So sorry Mark had to leave us so soon. He will be greatly missed by many people as well as his family. Veronica our prayers are with you and your family in this time of sorrow. Love you all, Uncle Richard and Aunt Martha

So sorry to hear of Mark’s passing, worked with him for a while at Lawrence Paper Company, he will be missed, my thoughts and prayers to the family.

Dearist friend, my heart is breaking for you and your family. I am sending you all my love and support and many prayers. Please find comfort in knowing your dad is at peace 💔🙏

So sorry to learn of Mark’s passing. He was one of the good guys. Larry Devers

V and family — we are so sorry for your loss. Mark was definitely one of the great ones!