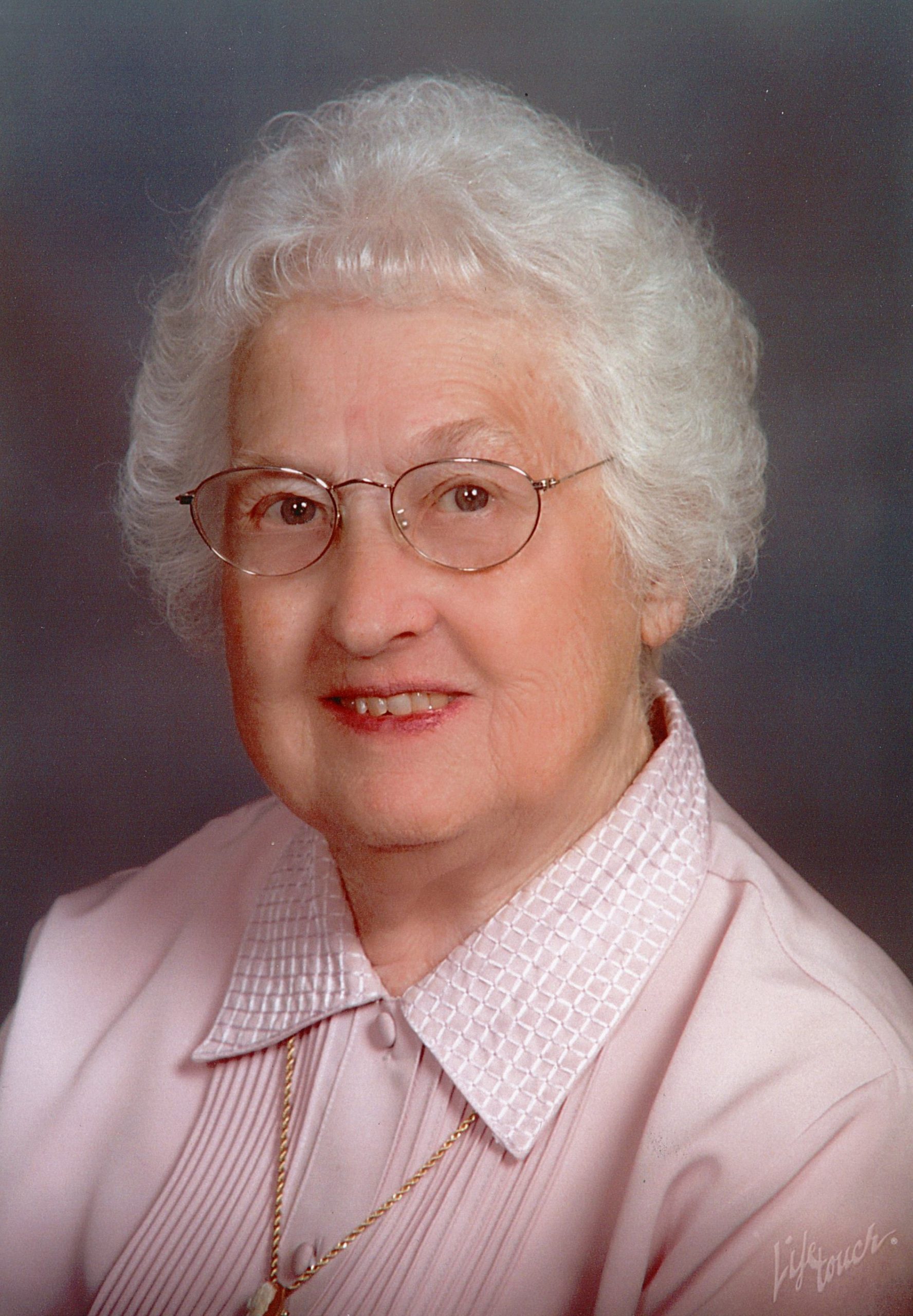 Julia was born in Richland, Kansas, on December 18, 1922 to Charles and Maude Allbaugh.  She graduated from Overbrook High School and attended Emporia State Teachers College.

Julia was an avid bridge player, having earned the rank of life master.  She was also a gardener.  She had a large garden in North Lawrence, and on the family farm in Baldwin, for many years.  Julia was a driver of Meals on Wheels for years and was a faithful member of Plymouth Congregational Church and the Baldwin First United Methodist Church, during her time in Baldwin City.  She spend many of her retirement years following the activities of her grandchildren.  She was unfailingly loyal to her family and enjoyed all of their successes.

Memorial contributions should be made to Lawrence Habitat for Humanity, sent in care of the funeral home.

Could I have Bruce Brooks email or phone?

Dear Carl, Nancy and Brooks family,
What a lovely remembrance of Julia’s life. So many things I didn’t know. I remember her faithfully coming to Jay’s baseball games. It was always so nice to talk to her. May she rest in eternal peace.

So sorry to see Julia passed away. My prayers are with you

Mark and Susie, I hope you are able to have family time to celebrate the many wonderful memories you must have since she seems blessed to have had a long and loving life. My sympathies are with you at this difficult time.

Condolences to Bruce and all of the Brooks family. Julia Brooks I recall always was unfailingly polite and maintained a steady calmness even amid some of our youthful shenanigans. Bill and LaVerna Gray

From Steve and Jean Baldwin...

Carl and Nancy, We are so sorry to find out that your mother passed on. She was an amazing woman. Prayers for you and the rest of the family.

I loved Julia. She was so sweet and polite. She loved her family and talking about them. She was amazing. I only met her a few years ago, but enjoyed her every day I was with her.