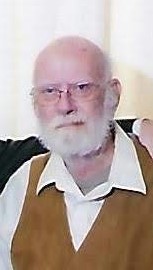 No public services are planned at this time for Neil Callan, 74, Baldwin City, who passed away Saturday, November 6, 2021, at Azria Health Olathe.

He was born January 1, 1947, in Compton, California, the son of Patrick Paul and Morgan Marie Bailey Callan. He graduated from high school in Escondido, California.

Neil worked in sales and repair for American Shoe Repair.