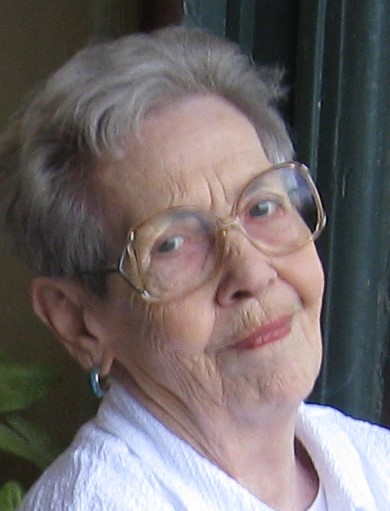 She was born on April 10, 1928, in Lawrence to Joseph Robert “Bob” Gentry and Audrey Eva (Landis) Gentry. She grew up on a farm in the Lake View area and was proud of her heritage as a fifth-generation Kansan. She frequently talked about the fun she had as a child on the farm and at the Lakeview club house, where her grandparents Daisy and Ship Gentry worked as custodians after their retirement from farming. She attended Barker one-room grade school and Liberty Memorial High School.

On July 31, 1950, she married Edward “Ed” Lang of Jetmore, Kansas. They met at the Eldridge Hotel, where she worked as a waitress and he worked part time as a soda jerk while attending KU. The first time she saw him, she told a friend that he was the man she was going to marry. They married several months after meeting each other and were happily married for 47 years until his death in 1997. They had one daughter, Linda Lang, who survives of the home.

Marian primarily worked at home and was an immaculate housekeeper and a good cook. Over the years, she volunteered with McAllaster Grade School, the Girl Scouts, the Social Service League, and Watkins Museum.

She liked to read, especially mysteries in later years, and to watch the television show Jeopardy. She quilted and completed several beautiful traditional quilts. She loved animals and doted on several dogs – Yoyo, Sheba, Heidi, Molly, Muffin, Theda, and Junebug – who lived with the family over a period of decades.

Marian valued her friendships, and she had several women friends who remained close to her throughout her lifetime. She relied on them for fun, conversation, laughter, and emotional support, and they received the same in return.

Marian will be remembered for her sassy attitude, her wit, her sense of fun, her loyalty, and her quiet, behind-the-scenes generosity.

She was preceded in death by her husband, her parents, and her sister, Dorothy Jean (Gentry) Trapp. Survivors include her daughter; her beloved dog, Junebug; her brother, Robert Ellis Gentry; and numerous cousins, nieces, and nephews.

Special thanks goes to her nephew Rick Trapp and his wife, Patti Trapp, for their many kindnesses over the years.

No public services are planned.

Memorial donations may be made to the Douglas County Visiting Nurses Association/Hospice or the Lawrence Humane Society, sent in care of the funeral home.

linda, the picture in the paper is just the one that was true Marian
and the obit was beautiful. I’m sorry you have lost her. She is a very strong memory from my childhood and her birthday was the day after mine. Please know that Donna and I are ready for you to unload on any time. Love you kid

Linda- I remember your mom was always fun to be around when I was a child. She was truly blessed with you as her daughter as I know you were an excellent caregiver in her later years. My heart hurts for you as we are never ready to lose our mothers.
I am thinking of you.

Linda, Your mother was so fortunate to have you as her daughter, companion and caregiver. You made it possible for her to live well for all of her time. So sorry for your loss. With deepest sympathy, Dixie Link