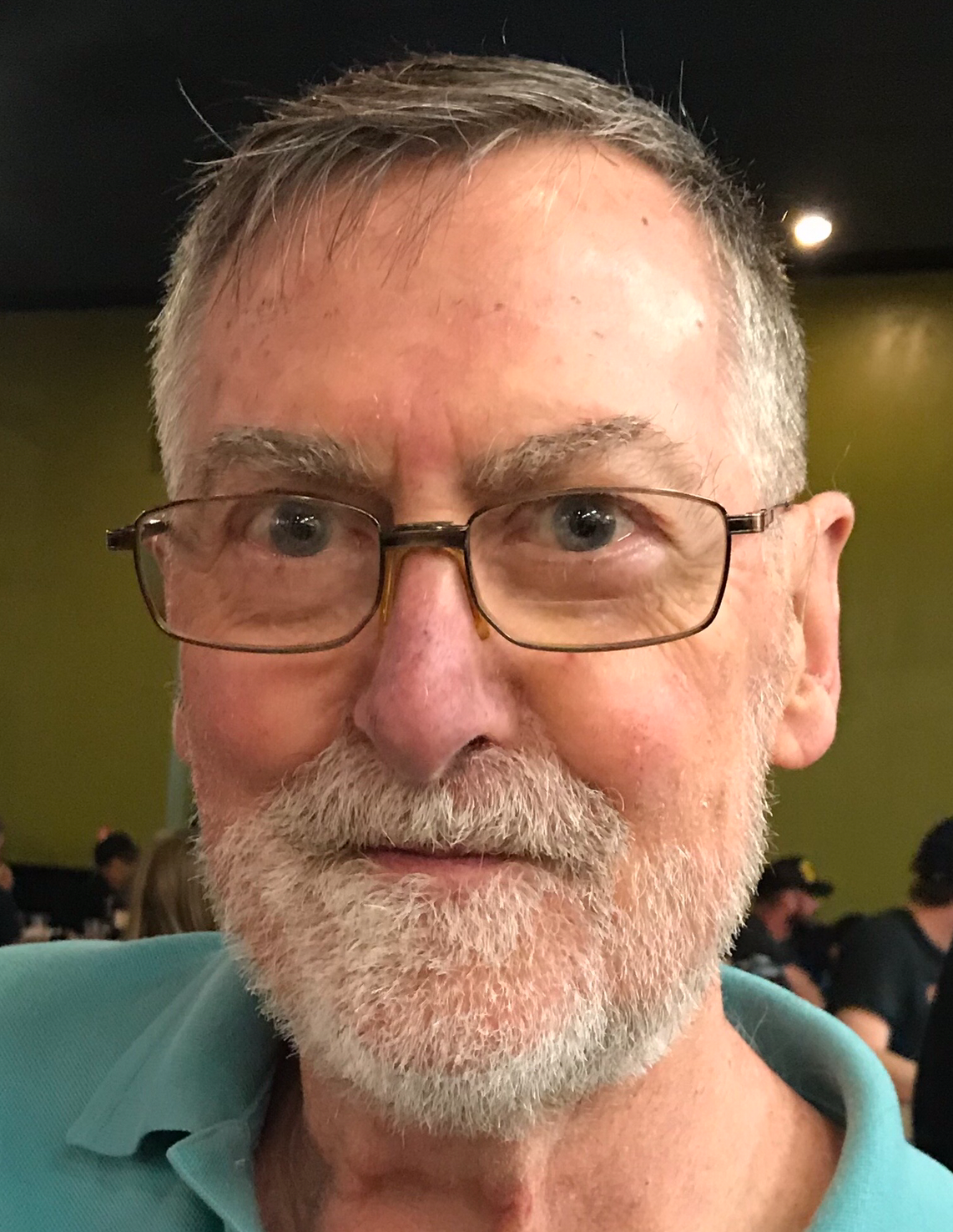 Ray graduated from Drake University with a bachelor’s degree in music and went on to earn a PhD in music from the University of Iowa.

He taught violin and viola and conducted the symphony orchestra at the University of Minnesota Duluth until his retirement.  Prior to that he taught in Iowa City, Iowa; Kenosha, Wisconsin and Oskaloosa, Iowa. He was a talented artist and hand-quilted over 30 quilts, often using fabric he had hand dyed with natural dyes.  He spent countless hours at his rustic cabin in far northern Minnesota. At the cabin he loved sharing his blueberry and lemon meringue pies with his friends and neighbors.

He was preceded in death by his wife, his son Kenny, his parents and his brother, Dan Comstock.

No services are planned.

The family suggests that memorial contributions be sent to the Music Department at the University of Minnesota Duluth or Visiting Nurses Hospice, sent in care of Rumsey-Yost Funeral Home or directly to the organization.

Dr. Comstock was my orchestra and violin teacher from 7th grade (West/Northwest) up thru high school and in the summer. He was a great teacher ‘cuz, as he told me once, he had to work at things himself. Sometimes a violin lesson turned into a counseling session about other stuff I was going thru as a teen or like when I lost my mom. He was a kind and soft spoken soul who I remember only a couple times raised his voice to a normal volume when class got “rowdy”. We straightened up quickly because if he was mad and was now talking in a *normal* voice, we didn’t want to push our luck because we knew the human voice could go louder!
Please accept my deepest sympathies.

Dr. Comstock was a major influence in my becoming a public school orchestra teacher. Even after I graduated college, he had time to talk. I was blessed to have him as my teacher for 4 years at West High. He also was instrumental in starting the Iowa City Youth Symphony. May his memory be a blessing to his family.

Dr. Comstock was my orchestra teacher starting in 4th grade at University Elementary School in Iowa City all the way through West High School. I played viola and later string bass. I have a special memory of my orchestra conductor playing the fiddler in Fiddler on the Roof at the Iowa City Community Theater. What a great guy. Condolences to the family!

I’m sorry to hear of your father’s passing. He was my orchestra teacher in his 1st job. He was also our church choir director. I babysat all 3 of you as babies and toddlers. He was very instrumental in my musicianship (bass and piano) and becoming an orchestra director. Ginny gave us a grand tour of Duluth and we visited with Ray when he was an instructor at a music camp along Lake Michigan. It was great keeping in touch all these yrs. I just found a young pix of him. I’ll send it. He was also Iowa All State Chair. More stories there. We lost our son on Dec. 22. Maybe they’ll meet. Thoughts and prayers. Becky and Mike McCullough

Laurie, I’m so sorry for your loss. Your dad seems to have lived a wonderful life filled with family, art and the beauty he created. I hope you and your family find joy in the memories you share.

I’m so sorry to hear of Ray’s passing. He was my teacher, mentor, and good friend. He was my violin teacher at UMD and from there we formed a bond. When I finally became a string teacher, I could always count on Ray to help me grow as a teacher and take advice to help grow my program. My fondest memories where the times spent up at the cabin! I would go up there every summer to get away from it all. He always welcomed me with a great big hug. We would fish, pick berries and swim. We had great conversations reflecting on the past, present and future. He was proud of his wife, family and grandkids. My condolences to his family and he will be greatly missed.

Please accept my sincere sympathies. I had the privilege of having Dr. Comstock as my orchestra director and chamber music coach at West High in Iowa City in the early 1970’s; and was his colleague in the Cedar Rapids Symphony for several years. I count him as a positive influence in helping me to pursue a professional career in music. I will cherish memories of his kind and nurturing presence always.

Laurie,
I am so sorry for your loss. Your dad seemed like a great guy with a lot of passion. Thinking of you and your family.

Please extend my sympathy to Ray’s family. I was a member of the First United Methodist choir in Duluth, MN during the time of Ray being our director. He also played special violin music for my husband’s funeral service at FUMC 25 years ago.
I was blessed to know both Ray and Ginny and had many good times with them. Both your parents were so talented. I have framed several of your Mother’s cards and have one water color she painted. She proudly wore scraves that your Dad made with special dyes he blended together. They will both be remembered and missed. I have made a memorial gift to the Music Dept. of FUMC in Ray’s name.

Laurie, so sorry to hear of your loss. Thinking of you and your family.

My thoughts are with you and your family at this time. May you find comfort in the memories of your dad.

Laurie, I am so sorry for your loss. Thinking of you with love.

Laurie, I’m sorry you and your family are experiencing this tremendous loss. I hope your wonderful memories of his life well-lived and well-loved are comforting.

Laurie
So sorry to hear of the passing of your father. Hearts and prayers go out to you and your family at this difficult time.

We are so sorry for your loss. Ray was our professor at UMD and both Ray and Ginny were dear friends of George and Elaine Hitt. Ginny brought special books for our boys every time we visited Duluth. We now read these books to our grandson and remind our oldest about Ginny. He remembers her fondly too. May God comfort you in this time of loss. Barry and Christine Hitt

I am so sorry to hear of Ray’s passing! I knew him from our quilt guild. He was obviously very talented and creative…….always seeming to be working on something new. With his humble and unassuming manner I had no idea of his illustrious career! We have lost a truly amazing man who left a great impact on many! May his legacy continue on in the lives he touched.

My deepest sympathies to the family and friends of Dr. Comstock. I was a cellist in the University of MN-Duluth Symphony Orchestra and Chamber Orchestra (Class of ’85). Dr. Comstock believed in me and impacted my growth as a musician and educator. May you find peace and comfort in this time of loss.

Oh Laurie, I’m so very sorry. May you and your family be enfolded in peace and comforted by your loving memories. Your Dad lives on through you, and he is on his next adventure in eternal life.

My condolences to you and your family on the passing of your father May fond memories of your father bring you comfort during this hard time in your life.

I’m so very sorry for your loss. He was a lovely man. Wishing you a peaceful heart as you remember his wonderful life.