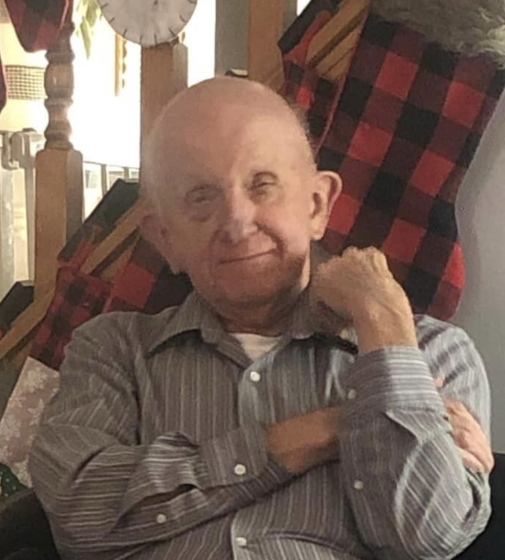 Inurnment services with military honors at Leavenworth National Cemetery will be announced at a later date for Jerold Lee ‘Jerry’ Aldridge, 79, Eudora, who passed away Sunday, January 9, 2022, at LMH Health.

He was born August 14, 1942, in Cabool, Mo., the son of Carl E. and Sophia Marie Crossland Aldridge. He was raised in Mountain Grove, Mo., and served in the United States Army. He later worked for many years at K Mart Distribution Center.

Jerry married Sherry L. Manning on August 4, 1967, who survives of the home. He is also survived by a daughter Christina Aldridge, a son Michael Aldridge four grandchildren, Brandon Wiggins (Kegan), Cameron P.L. Bricker, Devon Kuzinski, and Brooke Abram, and one great grandchild, Nolan Wiggins. James and Anne Tarwater and Sarah and Brent Sarlls and children were a huge part of his life as well. He was preceded in death by two brothers and three sisters.

He loved his mother so much, and they are now together again. He was kind, caring, and had the biggest heart. Jerry worked hard for his family – the family that brought him so much joy.

I ran into Jerry last fall at Walmart before November. He saw me and we talked and he had cut his arm on a rack. I went with him to customer service to get it bandaged. He was so kind and appreciative . His quiet demeanor was the same as when he was a Supervisor at Kmart, where I worked also. He never raised his voice at the workers. He was a quiet , soft spoken, and steadfast.
I am glad I got to see him when I did . We talked about our age and never did I think at the time he would pass away 3 months later. I have been told that men get their manners from their mother and Jerry must have had a very, very nice mother.

Condolences to the entire family.

I am very sorry for your loss. I have good memories of Jerry from our Kmart years.

My heart breaks for Aunt Sherry, Christina ,Michael,and the family..You are all in my thoughts and prayers,the pics Uncle Jerry sent me soon after I lost dad I will cherish even more.

Sherry it was sad to here of Jerry’s passing. I worked with him at Kmart all the years he spent there. My prayers go out to all your family.

Christina, and Brandon, our thoughts and prayers are with you. Gerald was a very nice man, that I got to know back in propane days. He will be missed.

I worked with Jerry at Kmart many years ago. He was a quiet but kind man. He will be missed.