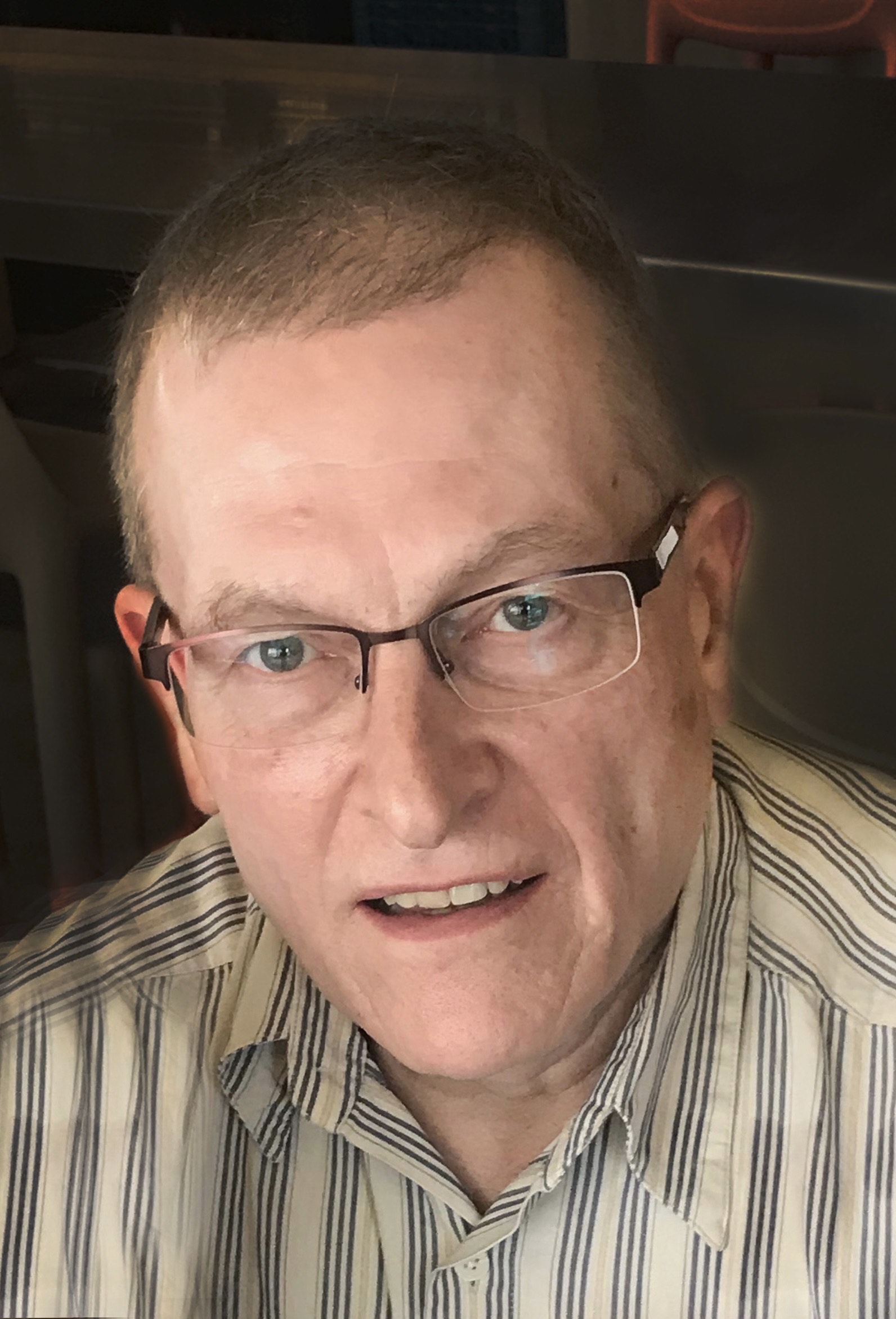 Weltmer was born Dec. 5, 1953, in Beloit, Kan., and raised in Mankato, Kan., where he graduated from Mankato High School in 1971. He married Patricia McGrew in 1984 and had one daughter. The couple later divorced.

A fourth-generation Jayhawk, he attended the University of Kansas where he was a member of the Delta Tau Delta fraternity. He graduated from the William Allen White School of Journalism and Mass Communication in 1975, and was a life member of the Kansas Alumni Association. He prided himself on never missing a KU football or basketball game on TV, watching recordings if something prevented him from watching the game live.

Weltmer worked for the Kansas Athletics Department as the sports information director for KU’s first director of women’s athletics, Marion Washington, working especially closely with the KU women’s basketball team. He produced the first sports information directory for women’s sports, for which he later won an award.  He later worked for various companies including Lawrence Paper Company and United Health Group before retiring.

He was an avid cyclist and regularly rode the Lawrence Loop trail in warm weather and logged many miles on his exercise bike in colder months. He also enjoyed volunteering as an election judge during every election cycle. He particularly enjoyed the voters he would see time after time.  He spent many holidays delivering meals to Lawrencians in need and volunteered to serve meals at the First United Method Church.  He also volunteered for the Kansas Relays.

In recent years, Weltmer especially enjoyed doting on his grandchildren and spending time with his grandpuppy, Annie.

He was preceded in death by his parents, Roderick and Alice Weltmer, and great aunt Dorothea “Dodo” White, and niece Sarah Michelle Mayhew.

Although John was younger than me, we became friends in later years. We shared a love for our country and both enjoyed a good joke. I will miss his friendship and great sense of humor!

John will be missed by all the members of Delta Tau Delta. He spent his time doing good things. I did not know how many. It is a shame that he is gone so young. We and I will miss John. RIP–John.

I reconnected with John at the recent funeral of a KU fraternity brother. He spoke so glowingly of his children and grandchildren, clearly so proud of each of them. My thoughts are with you all.

Was walking my dogs in the late afternoon of 1/31 and saw John in his pajamas in his front yard. Inquired about the furnace repair van in his driveway and he advised that his furnace had died 3 days prior and that he had been living in a 54 degree house. Suggested that wouldn’t have been so bad but he also had this bad cold. I took him at his word and advised that he should be warm shortly. Wish I had realized how ill he truly was. Very nice man; ran into John often when I walked my dogs since John also liked to take daily walks. So sorry to hear of his passing. RIP John.

Was shocked to hear of John’s passing …… We’d developed a “new fashioned” sort of “old-fashioned’ PenPal relationship in past few years, using PM on Facebook. John would always send me the “latest news” to keep me in touch with what was going on in the world. And when he drove up to Minnesota he asked for the address of “our farm” (which we seldom get to now …) and drove out of his way to stop, take photos, and let me know “things were OK there” ….. The last message I got from him was on Jan 12, so was wondering …… Now we know …. will be greatly missed !!!

Anne, my condolences and prayers for you and all the family members. John will be sorely missed. I had no idea he was I’ll.

John was simply a great man. He was an expert on KU women’s hoops (at least in our conversations) and men’s hoops too. Track, all sports at KU. I’ll miss you John. A very good man. Rest in peace.

I’m sorry to hear of your loss

My Prayers for John’s family! John was a very caring brother who was available always when needed. I had the pleasure of working with John and he would take care of his team and teammates. I’m deeply saddened by his passing and will miss attending Football games with a good friend!

I was saddened to hear of John’s passing. John has touched so many people and had a caring heart. May he rest in peace. Sending prayers and love to his family.

I was shocked and saddened to see John’s obituary in today’s paper. We worked together and became friends at Pearson Govt. Solutions as supervisors and then operations reps. Both of our fathers had served in the Kansas legislature and I knew John loved serving during election time. I ran into him at Hy-Vee some time ago, and he immediately showed photos of his new granddaughter to me. I was just thinking about him recently and hoping our paths might cross again so that we could share photos of our grandchildren since I now have a grandson. He was a very supportive co-worker and a true gentleman who always displayed an exceptional work ethic. I count it a blessing to have known him.

John was my sweet little kindergarten who loaned us his’Whale of a tale’ that we played over and over. Ms Shirley

I first met John in September 1993 when we worked for META. He became a good, good long-time friend and was a wonderful co-worker at two different employs in the 1990s. He was so very kind to drive 6 hours one-way to Healy, Kansas, to attend my mom’s funeral service in mid-June 1994. That was So special and meant So Very much to me. John was such a dear dear friend for the many many years. We watched many a KU Bball game together , in person and on Tv, men’s And women’s . We could talk KU Sports for hours on end. We could talk many topics for hours. We had many many fun conversations together over the many years. He would always help me with my computer & trouble-shooting problems to always get it going again. He helped me move more than once from one locale to another. We worked a few election polls together, and I always enjoyed seeing him & visiting with him at our mutual voting place. He sent so many sweet Happy Birthday cards which I so enjoyed and kept. He had such an excellent memory about so many topics. He seemed to always remember & never forget. It was extra special to get to enjoy a few Christmas dinners together at the First United Methodist Church of Lawrence on Christmas Day. He would take the time to write & mail such beautiful special Christmas cards as well. And it was Always a delight to get to see & visit with John at our mutual, neighborhood HyVee grocery store. And for my brother & sister in-law’s 50th wedding anniversary which occurred during the Pandemic, John was so kind to get me set up on Zoom at his house computer, so I could converse with them & many other family members who joined in. John was always so helpful and kind in lending his hand and wise words & wisdom with his friends. He was always a good man and will be forever missed and always remembered with tenderness. He was always a good good citizen. And he loved all his family so so much. His nieces & nephews meant so very much to him. He thought the world of his much beloved daughter Anne & her children. He so deeply loved her family. They were his world. Rest in peace & fly high forever with the angels , dearest John ❤ We will always remember you, and will always think of you on your December 5th birthday, 20 days before Christmas ❤ (I think I remember him saying that his Grandpa Weltmer’s birthday was also December 5th, not for certain though. And I think his middle name came from his Grandpa Weltmer 💕 Enjoy your Heavenly Home with your loved ones who went before you, dearest John… JLW, and your Home with God & Jesus ❤ Much Love forever…

I am so sorry to hear of your loss. I considered John a good and gentle friend. My thoughts will be with you on Tuesday, as I teach a student who needs tutoring. He will be missed.

I am so sad and very heart broken . John was my go to person when I needed some advice and just wanted good conversations. We would talk for hours . Sometimes we would talk until my battery ran down on the phone. He was a wonderful Supervisor at United Healthcare ( Optum Rx) . He and I would always share stories about our families and our wonderful grandchildren. He is really going to be missed. He was very smart and straight forward. I loved that about him. To the family continue to be there for each other and let his memory live forever.

I’m so happy Rebecca sent me a message of his passing, from this life to his home in heaven. May the Father draw close and comfort you all❤️

When I learned of his passing, I knew we lost a ‘good one’. He will always be my favorite supervisor. He was the first supervisor to believe in me and truly want the best for me. I am going to miss my ‘work dad’. My thoughts go out to everyone he touched even for a moment, especially his family.

From Michelle Adams and family...

Sending our deepest condolences, healing prayers, and comforting hugs for the sudden loss of John.

I’m so saddened to learn of John’s passing. I worked with John for many years at OptumRx. My thoughts and prayers go out to his daughter and grandchildren who he loved very dearly.

So sorry for the loss, my condolences to the family.