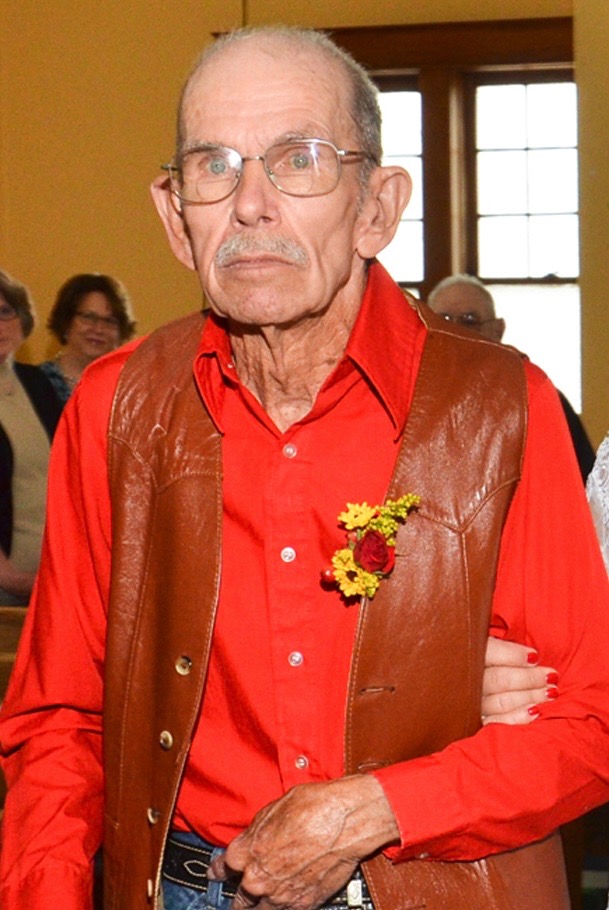 There will be graveside services at 1:00 p.m. on Saturday, February 19, 2022 at the Richland Cemetery located in Monmouth Township, Shawnee County, Kansas.

He was born on June 21, 1933 to John Everett Plummer and Lois Marie Hayes in Hickman Mills, Missouri, the youngest of two children.

He grew up in DeSoto, Kansas and graduated from DeSoto High School. On February 8, 1953 he joined the United States Marine Corp along with seven of his buddies – all from DeSoto, Kansas. He was stationed in Japan after his training in San Diego, but while he was still in the states, he did witness a nuclear bomb test in Nevada. He was discharged on February 8, 1956 with the rank of corporal.

When he returned from the service, he worked for Farmland Industries and he retired from there in 1989. He also loved farming with his many John Deere tractors. He loved the green and yellow. He participated in many antique tractor shows around this area – hence, he had quite his own collection. So, when it came to our annual Halloween get-together, he was always willing to drive one of his tractors for the hayrack ride. Another one of his favorite pastimes was listening to country music and dancing.

Roger married Winona Mae Barrett on December 12, 1967. She survives of the home. Roger was a very positive addition to the family.

He was preceded in death by his parents.

Memorial contributions can be made to the Parkinson’s Foundation or to Elara Caring Hospice Foundation sent in care of Rumsey-Yost Funeral Home, P.O. Box 1260 Lawrence, Kansas 66044.

From Jay and Donna Yost...

Winona,
So very sorry for your loss. Our hearts go out to you. Prayers to you and your family.

Dear Winona,
I’m sorry to hear that you beloved husband has passed. I am praying for comfort for you and family .
One of my memories was being at your house on Fourth of July, Roger and you were so friendly and inviting to me. I have very fond memories of you both.
You are in my prayers.

So sorry for your loss! Thoughts and prayers to all

Dearest Winona, I am so sorry to hear of Rogers passing. We all had lots of good times. My thoughts and prayers are with you and your family.

Winona, my prayers are with you and your family. I have great memories of Roger, he was always a jokester and life of the party! Loved visiting with you both. God will wrap his loving arms around you and comfort you during this time.

Winona and family you are in my prayers!! Love and hugs to all!!!