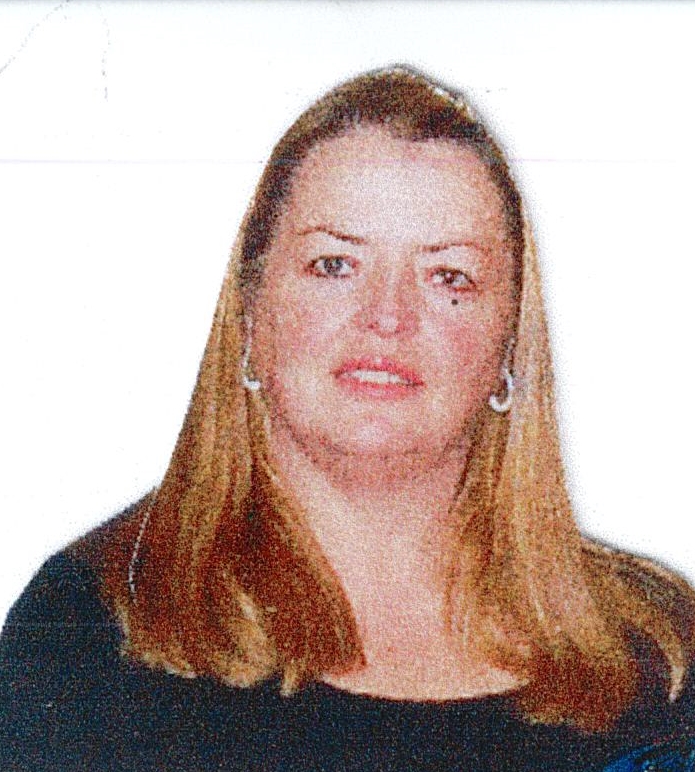 A celebration of life for Gaye L. Kitsmiller, 64, Lawrence, is pending at this time.

She was born January 23, 1958, in Lawrence, the daughter of Herman E. Morris Sr and Iris L. Mendell Miller.  She graduated from Lawrence High School in 1976.

Ms. Kitsmiller was an animal lover, she enjoyed her beloved dogs, horseback riding, and was a member of the American Quarter Horse Association.

She was preceded in death by two children, Russell Kitsmiller and Lea.

My heart goes out to all the Family and Friends. I knew Gaye through her sisters Kim and Cheryl and their Mother Iris. Worked with the all at Hallmark Cards. You have my deepest sympathy.

So sorry for the family’s loss

My thoughts and prayers are with you all. Iris, Kim, Cheryl and Alfred hugs to you all.

So sorry to hear this. Sorry for your loss Kim and Cheryl.

I was so sad to hear of Gaye’s passing. I always loved seeing her and joking around with her. She accepted everyone for who they are and made them feel cared about. She really was the sweetest person, willing to help anyone, for any reason. I’m so sorry for her surviving family, for they will feel her loss for a while, as she had a great personality and contagious laugh. I’m thankful to have known her and had her as a neighbor while we did. My thoughts go out to all she survived.

To Kim, Cheryl & Iris, my heart goes out to all of you in this time of sorrow. Thoughts are with you.

From Mark and Linda Torkelson...

Cheryl and Alfred, our sympathies on your loss.

I’m so sorry for your loss.❤️

I met Gaye when we worked at the Lawrence Journal World. She was a very kind and funny person. I loved hanging out with her. I recently saw her in the grocery store and she had not changed at all. She was still the same “down to earth” kind, generous, lovely soul. She will be greatly missed. Much love to her family and friends.

Sorry for your loss Kim and Cheryl.

My deepest sympathy to the entire family & especially to “the girls” Cheryl & Kim, as Gaye always called them. And to her kind Mother and children. I met Gaye in 7th grade, we had some great times together over the years! Gaye will be missed! Keeping the family in my thoughts.

My momma was a beautiful lady inside and out! I loved her dearly and I didn’t tell her enough! She was my best friend! I can’t wait till we meet again! Fly high with the angels momma!!! Love you so so much!

I’m so sorry to hear about Gaye passing. Thoughts and prayers for the family.

We were so shocked to hear Gaye’s passing. She was always a sweet and kind lady and she will be missed by all that had the pleasure of meeting her. Our sincerest condolences to the entire family.

Our family would like to give our condolences to Gaye’s family and friends. I have known Gaye since working with her at Gibson’s in the ‘70’s and having been her neighbor for 7 years. Gaye was a funny, generous person with a big love of animals and people. She will be missed!

I was so sorry to hear of Gaye’s passing. Everytime I ran into her, it was a special meeting. She was so full of love, compassion and fun. Prayers and thoughts go out to her family.

My love, support and all that you need goes out to the entire family. I am so saddened and shocked to hear of Gaye’s passing. I feel honored to have had n as a step-mother for 25 years, and even more blessed for all the dinners spent with her, birthdays celebrated, Thanksgivings with the crew and so many lovely Christmas holidays. I will never forget the trip we took to San Antonio and a separate trip canoeing. Gaye had a wonderful laugh and made others laugh with her. I love Gaye very much, and she will be sorely missed but certainly never forgotten. She was a huge influence in my life and I will continue to thank her every day. She was there for me when I lost my own mom and she was the epitome for caring for others and proving her huge heart to animals. Gaye will remain in my heart along with the rest of you. Please reach out if there is absolutely anything you need big or small.

Gaye and I became friends in middle school and grew closer throughout high school. We did a lot of growing up in those years. After I left Lawrence, she always made a point to reach out to me whenever I came to visit. She was always there during the difficult times. I will miss her. My heart goes out to her family.

I was saddened to learn of Gaye’s passing. We enjoyed our horse connection. She made me a lovely throw with horses 🐎 on it that I have enjoyed and will cherish even more
now.
Thoughts and prayers for comfort for
Gayes’s family and friends.

My sympathies to all the family and friends. I was friends with Gaye since third or fourth grade and spent much time at the Morris house. Very good memories even if I did fall off a horse now and then. I am grateful to have reconnected with her in the recent past. I will miss her.

So sorry to hear this!! Gaye was such an amazing person. I have known her since grade school!! Hugs to everyone in the family!!

Gaye was a special lady. I have known her since grade school. I left Lawrence but every time I would run into her it was like no time had passed. I will dearly miss those special times. My prayers of strength and healing goes out to her sisters and her own family. She was a special lady!

She was a favorite patient of mine for over 20 years. She never failed to make me laugh. A part of that was her ability to laugh at herself. She is now laughing with the angels!

I have been friends with her since 7th grade. I will miss her immensely. She was a wonderful, supportive, and loving friend. She will be riding horses and petting dogs in heaven.

I’m sorry to hear of Gaye’s passing. She can ride the ponies in Heaven now!

So very sorry to hear of Gaye’s passing. I remember her infectious laugh and her teaching us how to dive at the pool every summer. Prayers going out for the family.