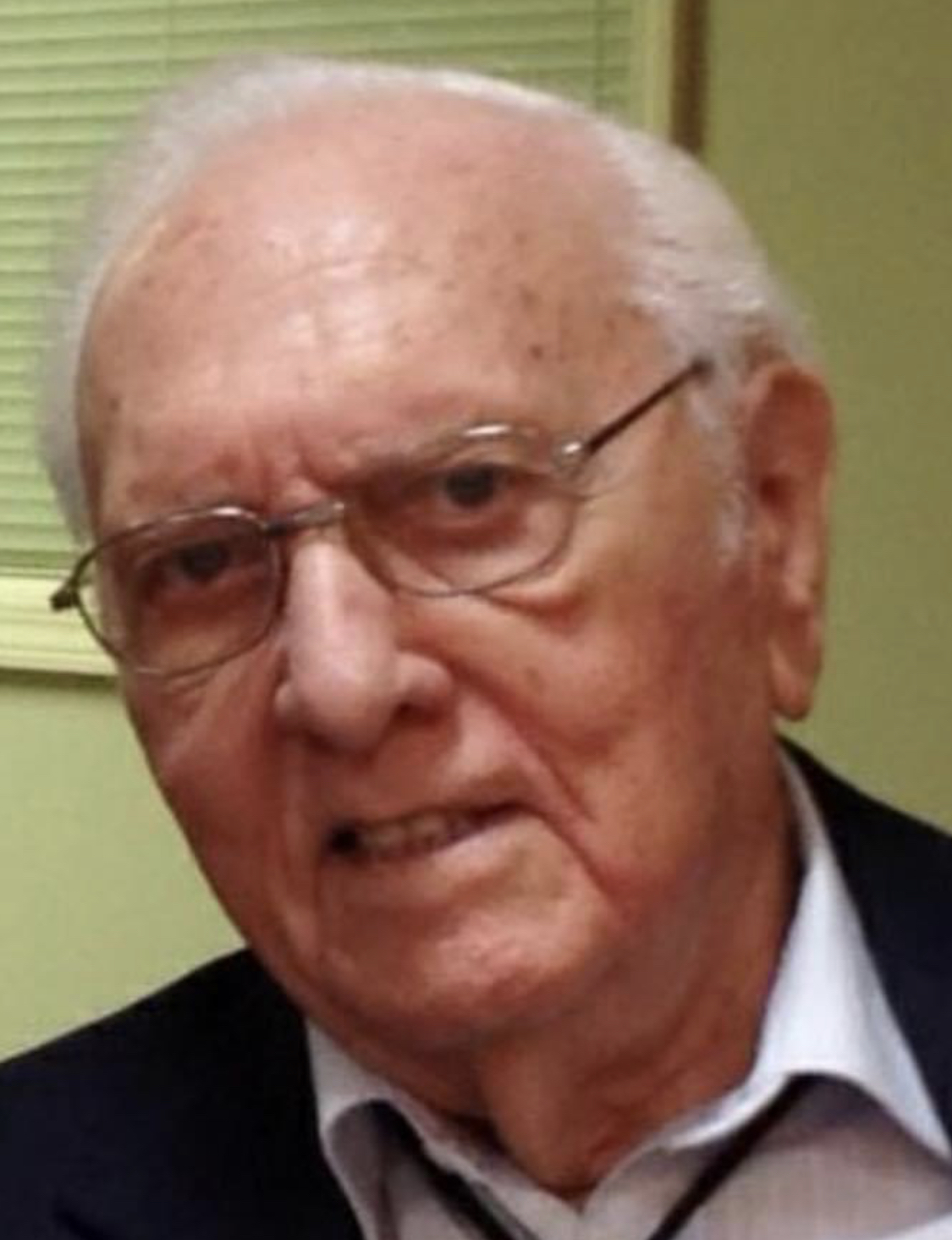 He grew up in Paterson and was valedictorian of the Central High School graduating class of 1942. He went on to study social studies at Montclair State Teachers College (now Montclair State University) before enlisting in the Army Air Corps in March 1943.

While in the service, Lou studied meteorology at the University of Minnesota before being stationed in Liberal and Pratt, Kansas, as a weather observer monitoring weather for pilot training at the army bases.

After being honorably discharged from the Army Air Corps in 1946, he continued his education on the GI Bill at NYU, graduating with a B.A. in History in 1948 and an M.A. in Education in 1953. He later attended Paterson State College (now William Paterson University) and received another M.A. in counseling.

Lou began his career as an educator in Ridgefield, N.J., teaching elementary school there from 1949 to 1957. He next taught elementary school in Hillsdale, N.J. from 1957 to 1963. He then started teaching junior high school social studies at Anthony Wayne Junior High School, Wayne, N.J. and, eventually moved to Wayne High School as a guidance counselor until his retirement in 1980.

Lou’s love of teaching drew him to summer employment as a tour guide for Parker Bus Tours in the 1960’s during which time he traveled throughout the west and southwest, providing tour groups with engaging stories about the history of the areas.

In November, 1945, while Lou was stationed in Pratt, Kansas, he traveled on leave to Denver to spend Thanksgiving with his cousin Michael Ferrell. On the train ride back to Pratt, he met his future bride and the love of his life. When the train stopped in Garden City, Kansas, Wilma Ruth Thomas boarded, and it was love at first sight. Lou and Wilma were married on June 22, 1947 in Paterson, N.J. at St. Mary’s Church. When Wilma died in 2013, they had been married for over 65 years. They had three children: Vincent, Denise, and Louis.

Lou and Wilma lived with their young family in Paterson in the McLean Boulevard Veterans Apartments until 1956 when they moved to their house in Lincoln Park, N.J. They raised their three children in Lincoln Park where they attended St. Joseph’s Catholic Church. Upon their retirement in 1980, Lou and Wilma built a home in Cape Coral Florida where they lived until 2001 when they built a home in The Villages, Florida. They moved to Lawrence, KS, in 2011 to be near their daughter due to Wilma’s declining health. In Lawrence, they lived at Arbor Court (previously Drury Place), and, in August 2021, Lou moved to Pioneer Ridge Assisted Living.

Always the educator, Lou worked as an admissions counselor at Edison Community College in Ft. Myers after retirement, and when he was well into his 80’s, taught Italian at The Villages.

He is predeceased by his beloved wife Wilma, his parents, and his three brothers, Vincent, Julian, and Richard.

He was a natural storyteller whose favorite stories included his years growing up on Redwood Avenue in Paterson with his parents and brothers, Julian and Richard; visits from his Caggiano cousins: Anna, Anthony, and Michael during his childhood; working in his grandfather’s store on Union Avenue in Paterson and later, working across the street as an usher at the Plaza Theater as a teenager; his years in the service with his brother Julian, who was stationed with him in Minnesota; his summer road trips with his wife and children to Dighton, KS, to visit his wife’s family with occasional side trips around the west and southwest; his trips to Europe with Wilma; and bragging about his seven grandchildren and seven great-grandchildren.

It was the hundreds of childhood Saturday afternoons Lou spent at the Plaza Theatre and then the years as an usher there that was the foundation of his encyclopedic knowledge of films and stories about actors. Lou enthusiastically shared that knowledge with all visitors as well as with his fellow Arbor Court residents when he reached into his vast DVD collection to host the many Friday movie nights there.

But, his favorite story, which he never tired of telling to those he met, was meeting his wife on the train.

A funeral Mass will be held at 10:00 a.m. Wednesday, March 16, 2022, at St. John the Evangelist Catholic Church, 1234 Kentucky St., Lawrence, KS 66044, with Fr. Jason Moore officiating. Afterward, friends and family will gather at the home of Lou’s daughter and son-in-law in Lawrence. There will be a private inurnment with military honors at Leavenworth National Cemetery in Leavenworth.

The family would like to extend our thanks to the staff at Pioneer Ridge, Ascend Hospice, and Dr. Eric Huerter for the excellent end-of-life care they provided.

View the service online at https://youtu.be/CMfoMI65kyQ

Denise and Kyle~
I didn’t know Lou well but met him at Arbor Court when going to see my mom. He loved to visit and was fascinated to know my sister is married to a Volpe; his middle name is Louis. Lou seemed interested in everyone and everything. Quite a guy! And I love the story of how he met his wife; so sweet. Blessings to your family.

Through your son, Vince, we were privileged to see you on social media. May your soul Rest In Peace.

Oh Lou…. The pleasure of meeting you and Tommie was ALL mine. I loved listening to your love story about Tommie! The two of you were perfect together! I am positive she was waiting for you and you are enjoying watching her smile and listening to her laugh! I never met anyone that knew so much trivia, and thank you for the memories! – You my friend, were a one of a kind genuine guy! 💛

My condolences to the family. Mr Volpe was my guidance counselor at Wayne Valley from Sept 1970 to May 1974. I remember many conversations with him. He was a good man who truly cared about his students