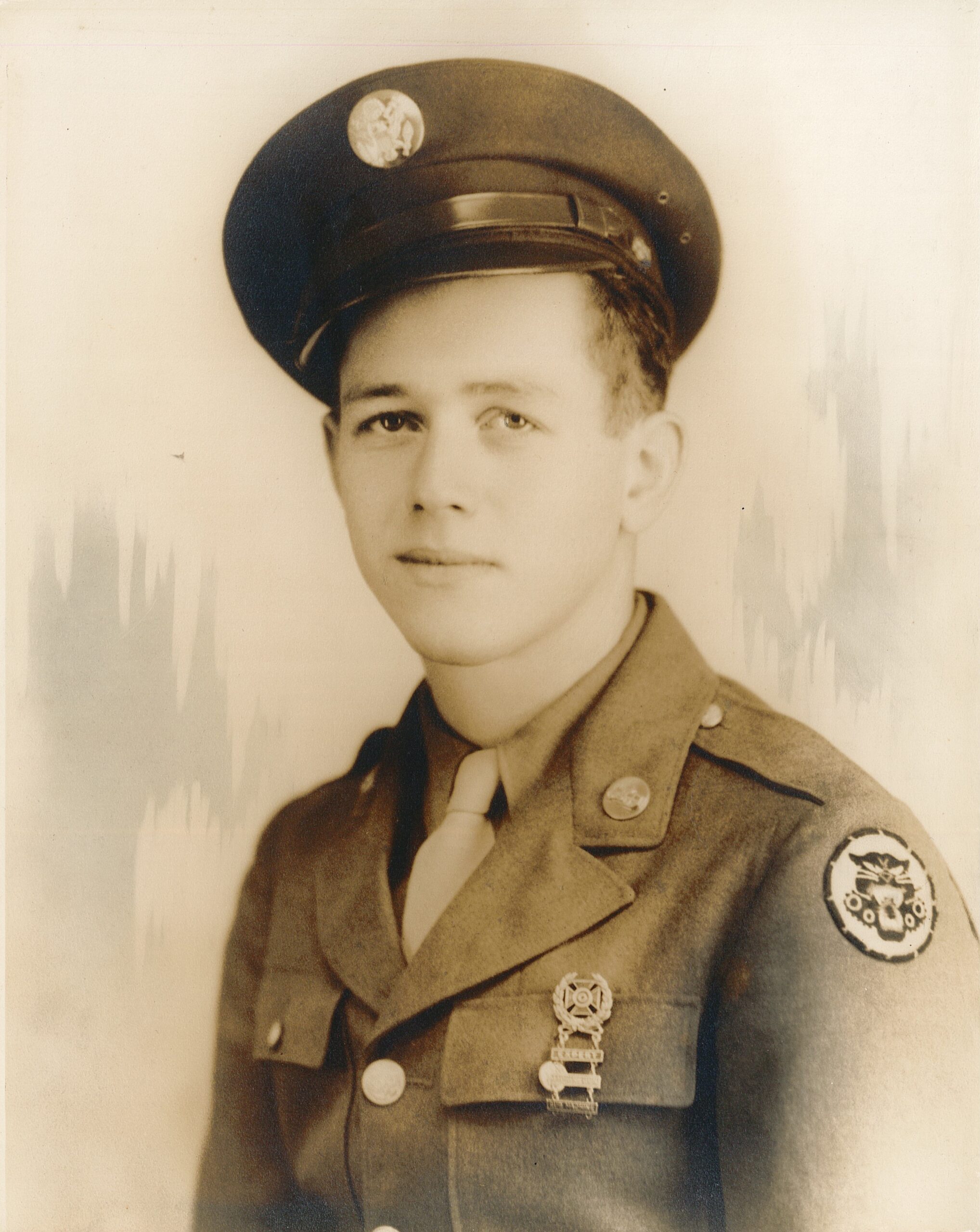 He was born September 23, 1926, in Lawrence, the son of Joseph Robert and Audrey Eva Landis Gentry.  He grew up on the farm in Lawrence, near the Lakeview area.

Mr. Gentry served in the United States Army Air Force as well as the Air Force for close to 9 years.  He later worked at Dupont in Topeka as a Production Control Operator for 27 years before retiring.

He was a member of the Lonestar Church of the Brethren.  He was an outdoorsman, enjoying hunting, fishing, camping, and gardening.  He especially enjoyed spending time with his grandchildren.

He married Bernice Gwendolyn Robinson on September 23, 1950, in Tarrent City, Texas.  She preceded him in death.

He was preceded in death by his parents, wife, and sisters, Dorothy Trapp and Marian Lang.

The family suggests memorial contribution to the Lonestar Church of the Brethren, sent in care of the funeral home.

My thoughts and prayers are with your family Barbara. I am so sorry for your loss. Take care healing.

From Richard and Linda Goddard...

We are so sorry for your loss and we will continue to keep you in our prayers!

From Jim and Helen Dillier...

We are very sorry for your loss. May God’s comforting love surround you during this difficult time. Jim and Helen Dillier

From Kathie and Ed Gallagher...

Our sincere sympathies are with you and your entire family. May the peace that passes understanding be with you as you walk through this time of loss.

From Tom and Sylvia Caskey...

Our prayers are with you and your family as you go through this time of sorrow. May God be with you.

I had the honor of being bob’s nurse and friend for many years. The conversations we shared about family, fishing, and Alaska could fill a book. What a truly nice gentle man who will be missed. My sincere condolences to you all.
Joni

So sorry for your loss. May God’s love surround you during this difficult time.

My condolences go out to you and your family. May peace surround you.

So sorry for your loss. My prayers are with you and your family for peace and comfort.

From Rollie and Donna Bell...

Donna and I are saddened to see that your Dad passed away…. Prayers for you entire family….

From Donita and Marc Bouton...

Teresa and Roger and family
So sorry for your loss. Praying you are comforted by those that mourn with you.

Dear Barbara & family, my deepest sympathy for the loss of your Father. Keeping you in my thoughts & prayers. Sincerely, Margy Kappelman-Rose

Our sympathy from the DuPont Retirees Family.

Dear Larry, Sharon, Theresa, Barbara, and Roger – John and I were saddened to hear about your Dad’s passing. I remember Bob’s smile and his sense of humor when I would see him at Roger and Connie’s house. I know he will be missed, but hopefully your memories of him will give you joy and comfort in the days, months, and years ahead. Thinking of you during this difficult time. Our sincere condolences to all of you and your families.

My sincere condolences in your loss. My memories of Bob being baptized with my husband Wayne and grandson Josh. He was such a sweet man. May he Rest In Peace