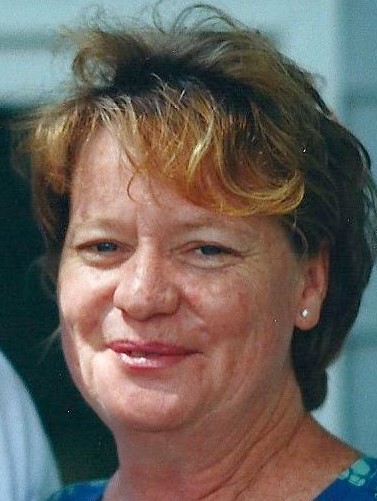 Cy. Spot. Aunt Cyrilla. The Flamingo Lady. She had many nicknames in her lifetime. And Cyrilla Ann Loria, who died at her home near Lone Star, Kansas, on April 24, 2019, earned them the way one often does — by showing love and her quirky side to those around her.

To so many, she was Aunt Cyrilla, and she was 65 years old when she died.

Near the end of her life, illness often left her tired and weak, and yet, when she had the strength, she was still Aunt Cyrilla — giving indulgent gifts of Oreos or candy to her great nieces and nephews or making food for a dozen strangers.

Cyrilla often showed love with food. She enjoyed cooking and it showed in the dishes she made — whether it was homemade salsa or pesto or a whole roasted turkey.

It was the love of her life, Allan Loria (known to many as Uncle Al the Kiddie’s Pal) who most often received these edible gifts. Cyrilla’s health had been in decline since Al’s death from cancer in 2010.

They married in the Florida Keys on May 18, 1984. For many years, they spent time every winter in the Keys and made many dear friends there. The rest of the year, they lived in their little house near Lone Star, which they named the Idyll Iris Ranch after the flowers Cyrilla planted surrounding it.

The Idyll Iris Ranch made the news in 2005, when Cyrilla’s flock of plastic flamingo’s disappeared from the pasture. That flock was just a small part of her larger collection of flamingos — one of several collections she acquired throughout her life. She was also known for her extensive collection of salt-and-pepper shakers, crystal prisms and ceramic boxes.

She was the kind of person that went all in — whether it was collecting something she loved or filling the living room with a Christmas tree so tall it reached the uppermost peak of the vaulted ceiling.

Before marrying Al and moving to Lone Star, Cyrilla worked as a massage therapist in Eureka Springs, Arkansas, where she was still remembered by locals decades later. It’s hard to describe what made her so memorable. The usual adjectives fit — funny, caring, generous, beautiful — but they’re also lacking.

Her life story would be considered too unbelievable if someone tried to publish it, but as they say, truth is often stranger than fiction.

She once went on a date with Don Johnson before he became a star on Miami Vice. She knew Willie Nelson. She was a rock-and-roll photographer. She taught her nieces and nephews important skills — like how to properly moon someone or how to drive with your knees.

Cyrilla was born November 7, 1953. She grew up in Eudora, Kansas, sandwiched between four big sisters and two baby brothers.

She is survived by her mother Pauline Gilroy and her siblings — Carolyn Crews and husband Rick, Cathy Johnson, Connie Gilroy and husband Chip, JC Gilroy and wife Linda, and Jim Gilroy — as well as dozens of nieces, nephews, great nieces and great nephews. She was preceded in death by her husband Al, sister Colette Foster and brother-in-law Randy Johnson.

This hurts so much, Cyrilla was a unique and extraordinary person, she is irreplaceable. My heartfelt condolences to the Gilroy Family.

I can’t believe it! Being in the Keys news travels slow. She was a character that I will remember fondly. Her and Al were always visitors here in the keys where we all could get together. She will be missed.

This hurts and I am sad that Cy is gone. I have many memories of Cyrilla that bring a smile. Love to her family and strength.

My prayers are with all of you, she was quite an amazing lady!

Many memories come to mind, she was a bright star, quick wit, and a beautiful smile. Prayers of peace and comfort as the family endures this difficult journey

Oh the memories! I can hear her voice and her laugh, and see her so clearly in my mind’s eye. She was one of a kind, so great, so fun, so generous, with such wit and common sense. The world is a lesser place with her absence. Godspeed Cy…I know that Al was waiting for you. Love and hugs to the family. So sorry for your loss!

So many memories, teaching me how to make and can apple sauce, planting a garden, her homemade enchiladas. Her kindness to my mom and her love for Al. May her soul be at peace and with Al now. RIP

I’ll always remember Cyrilla’s Doberman’s! Dugan! We always had Doberman’s after that.
Al would hide money in his jeans pockets so she would find it before washing clothes! Funny couple!

As I was going through photos the other day, I started to smile….we had such good times…..those are the memories I’ll cherish.

RIP. What an amazing and memorable lady. You will be missed.

From Kim and Jerry Neis...

So sorry to hear this. Prayers for your family! Cyrilla came from a wonderful family.

I am so sorry to hear the passing of this great woman. I remember her as a young girl and even then she had that spark in her eyes that turned on everyone.

What a wonderful description of Cyrilla’s life here on earth! Despite her many trials, one thing that never changed was her love of Life. We are so sorry to hear of the loss of Cyrilla, gone way to soon! Our thoughts and prayers to the entire Gilroy Family.

You will missed. You we’re like family to me. I will never forget you and the love you gave me over the years.

Cyrilla- boy what a great lady she was, you will be missed. Rip Cyrilla

Gilroy Family, so sorry to hear of Cyrilla’s passing. She always had a smile.

I have many wonderful memories from our younger days. I’m sorry we didn’t stay in touch. My sincere condolences to the family. Rest in love, Cyrilla.

Was so very sorry to hear of Cyrilla passing. Have thought of her many times for some reason the last few months. I had thought when I am back in Kansas I am going to try and go see Cyrilla. My heart is sad that couldn’t happen. RIP

So very sorry to hear of this. Rip my friend.