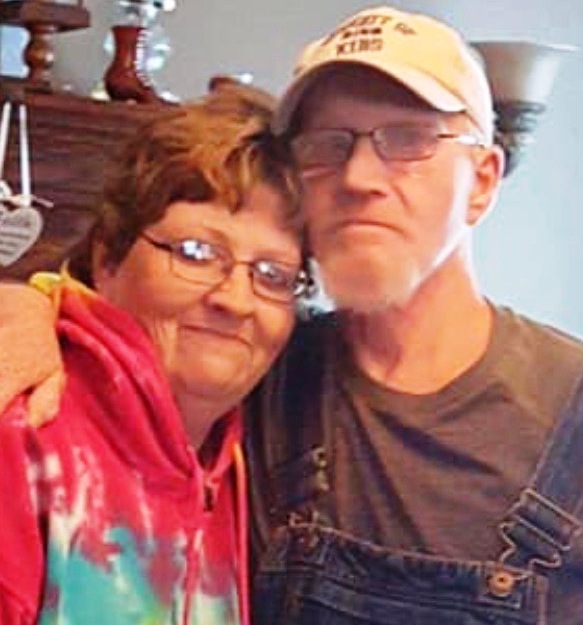 Visitation for Ricky (Rick) Dean Freeman, 58, Lawrence will be from 6 pm to 8 pm Friday May 17, 2019, at Rumsey-Yost Funeral Home. A private graveside service will take place at a later date.

Rick passed away Tuesday, May 14, 2019 in his home surrounded by those who loved him following losing his battle against cancer.

Rick was born July 12, 1960, in Lawrence to Herschel and Shirley (Higgins) Freeman. He was known for being considered a jack of all trades and a hard worker, having worked various occupations throughout his life, but most assuredly he was known for his love of enjoying life to the fullest through fishing, constant tinkering on various projects, but most of all spending time with those he loved especially his grandchildren who always had a good time with their Papa Rick.

He is preceded in death by his Father Herschel Freeman and Uncle Robert Miller.

In lieu of flowers the family suggests memorial contributions made to a charity or organization of your choice benefiting the under-served or Lawrence Humane Society.

Sherry, I’m so sorry for your loss.

Sending prayers for peace and comfort during this time of grief. Josh I’m so sorry to hear of your dad’s passing. I pray for you peace and strength as you continue your own health struggles.

Josh and Jessica,
We all definitely had some fun times at the Weeks house! My prayers go out to all of you, may he RIP knowing so many cared and have fond memories of great times together!

May you rest in peace Ricky! So sorry for your loss Josh, Jessica and family !

So sorry for the family loss you will be greatly miss fly high tell arden. Gray i still love him and will be with him again si day RIP Rick

Brother… May You now have Peace in your Loving, Kind and Gentle Spirit. May You have Eternal Rest in your Soul, and Until We meet again, I Love You! Sis… Sherry💖

So sorry for your families loss. Special thoughts to Cynthia Taylor Freeman as she mourns the loss so many miles away. May he RIP.

My deepest sympathy to all the family it had been a long time since I’ve had a conversation with Ricky my he rest in peace.

Prayers and deepest sympathy to Ricks family. I have known him since the day he was born. Such a tragedy.

Jessisca & Josh & Family you are in my thoughts & prayers, I knew Rick all my life he was a very good person We had many good times together he will be deeply missed. So sorry for your loss!

Jessica sorry for your loss. Our thoughts and prayers are with you and your family.

We are sorry for your loss aunt Cindy, tanner & Nicole! He loved you all very much!

Jessica and Joshawa my prayers are with you guys .

Sending my condolences to you and the family

I send my deepest condolences, sympathy and prayers out to Rick’s family. I grew up with him and he actually lived with me and my brother for a while. I hung out with him when I found out that he I’ll. You will always be remembered brother.