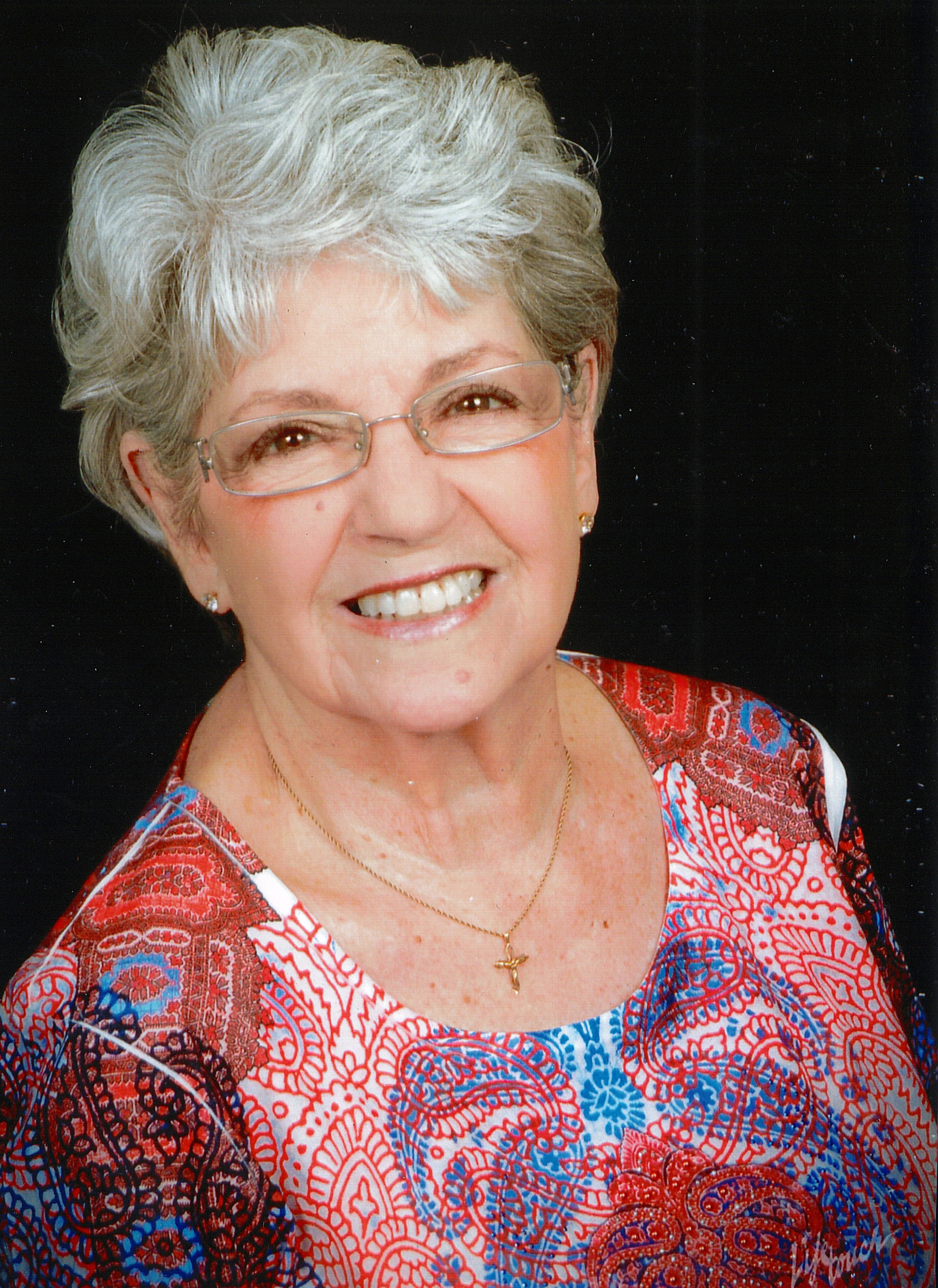 Lou Ann Adams, 84, of Myrtle Beach, South Carolina, transitioned peacefully into God’s arms as a patient of Grand Strand Medical Center at 10:54 on the morning of June 6, 2019.

Lou Ann was preceded in death by both of her parents, an older brother, Lawrence Lee Mitchell, and a nephew, Mark Douglas Mitchell.

Lou Ann graduated from the KU Med Center School of Allied Health in 1980. She was Director of Cardio Pulmonary Services at Lawrence Memorial Hospital 1982-1998. Once retired, she worked as a substitute teacher in the Lawrence school system. She was a member of the Episcopal Church and felt that her faith helped her through five years as a surviving pancreatic cancer patient.

In lieu of flowers, the family suggests memorial contributions made to LMH Cancer Center or Shriners Hospital for Children. A private family graveside service will be held at Oak Hill Cemetery. A celebration of Lou Ann’s life will be from 5-6:30 pm, Friday, June 14, 2019,at St. Margaret’s Episcopal Church 5700 W 6th St, Lawrence, KS 66049.

Lou Ann substitute taught for special education teachers at Liberty Memorial Central Middle School. She was loving and dependable. The students responded so well to her leadership and guidance. She was also our friend. What a loving wonderful person.

What a Beautiful Lady! Praying for you Suzanne and your whole family!! You were such a blessing to your mama always and during her illness! God put you there for a reason!! I took care of my parents until they went to be with our Lord! It makes me feel good blessed also to know that’s what God had intended for me to do when he created me!! Just know your mama is in Gods loving arms as my parents are to! There isn’t a day that goes by Zi don’t miss them but my heart is full knowing someday I’ll hug them again – just as you will to! Love hugs and kisses sweet friend!! He is always with us and will never forsake us!! 🙏🏻Truly I say to you-today you will be with me in paradise!!!! Luke 23:43!!

Love to all. Cannot make it to the memorial today, sadly. Thinking of all of you & prayers for peace & comfort.

Deepest sympathies. Your mom was a beautiful, kind, and classy woman.

Please accept my condolences to you, Suzanne, and to all of your family. Your mother was determined to live life fully. I know you are grieving but you both found time for joy and were so brave. Cancer cannot overcome love and you all showed us that. Our Lord Christ is with you as you walk through the shadow of death, yet your mother is joyous and whole in Heaven eternally. God bless you always.

From Linda and John Sheppard...

Suzanne, sounds like your mom was a wonderful woman who was blessed with a loving family. You have spoken so warmly about her. I am sure your heart is broken. Sending you prayers for peace and comfort

My deepest sympathy and prayers at the loss of a wonderful lady. Prayers and hugs to all🙏🏻

Suzanne, My heart is with you, as well as the whole family, my prayers for your mother’s cancer. She is the role model of fight it, do not give up, with especially some cancer’s (pancreatic being one of them), far too often people feel hopeless, and frankly, helpless. Not your mother, she was able and grateful, for what time she had, regardless of how long that was. I could only hope to stare such adversity in the face, and still squeeze in time for laughter, hope and fun. God’s blessings to you to your siblings,

I am blessed to have had Lou Ann as a friend as well as a fellow Respiratory Therapist. We had a very good time being roommates during our schooling at KU. It is no surprise that she lived as long as she did with her ailment because she proved a positive attitude and great faith were partners in her health. I have a wonderful picture of your mother in her KU sweater, so glad that we stayed in touch. My heartfelt sympathy to the Adams family, your mother was one of a kind.

Oh my Michael, I was so sorry to hear about your Momma. Hugs to you & your family Love you!

So sorry to see that Lou Ann passed away! She was a wonderful person to know and a very good friend of ours. No matter where we were she always took time to chat. To the Adam family our thoughts and prayers are with you! She will be missed!

The Roberts Family and the Adams Family were more than neighbors. They became life-long friends. Lou Ann was so very good to our mother, Vance Roberts, during her final illness. We are grateful to have had Lou Ann in our lives. To Tommy, Suzanne, Amy, and Michael, we extend our love and respect for your mother. She was a very special person.

Having her in my world for only a short time I knew I was blessed. She was a very special lady and heaven is singing louder with her there!!!

She is dearly missed and always will be a peace of my heart. She was the best nana a mother could ask for her child! Forever grateful and forever loved!!! I’m keeping you all in my prayers! Much love always, Beckie

Just like another mother and a caring voice throughout my life. Such a soft smile and compassionate heart ~ always a sweet, loving person and forever in my memories and heart.

My deepest sympathy on your loss. Hugs and prayers to all.

From Steven and Eva George...

To the Adams family,
Please accept our deepest condolences. Our thoughts and prayers are with you.