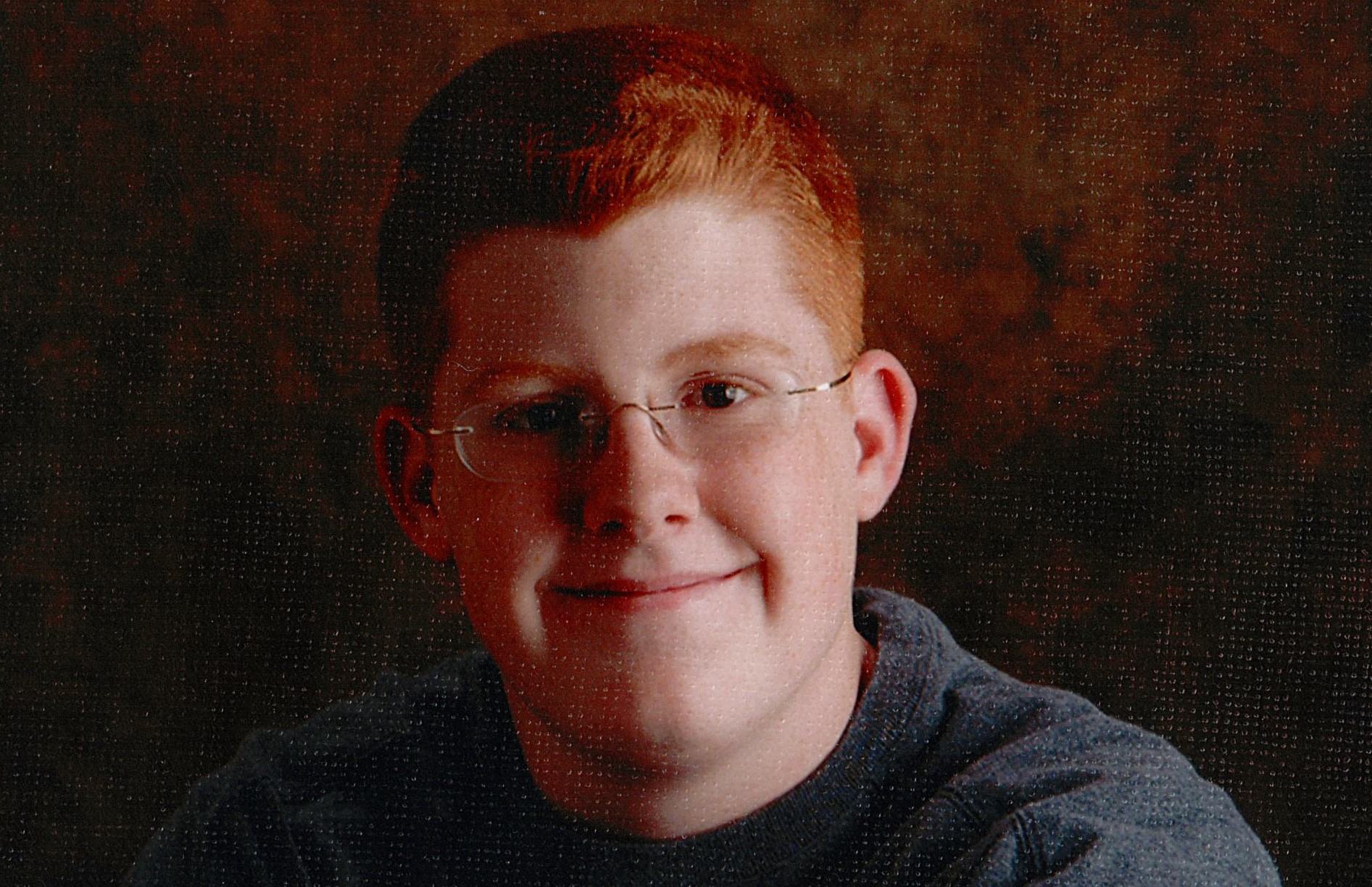 He was preceded in death by his paternal grandparents, Melba Hadl and Norvell Owens, and his maternal grandmother, Barbara Randel.

Cathy,
I’m so sorry to hear about your precious Kenny. May God’s comfort and peace be yours in abundance now and always. Hugs and prayers.

Kenny was such a sweet young kid. His smile could light up a room. I’m so sorry for the void he leaves in your hearts. Know that I’m thinking of you all.

Cathy, Ken, Casey, and Leon – Our deepest condolences to you, and all your family, as you grieve for and remember your son, brother, and grandson – your Kenny. Many thoughts and prayers are being sent your way.

From Howard and Loretta Oswald...

Ken, Cathy and Casey, we are so sorry to hear about Kenny. Our thoughts and prayers are with all of you.

From Jeff Platkowski and family...

Dear Ken, Cathy, Casey and Andy,
So sorry to hear about Kenny’s death. Please know that our thoughts and prayers are with each of you during this difficult time. May God’s blessings help you through.
Dave, Susan, Brian, Chris, Megan & Cole

From Bob and Marlene Swaggerty...

Ken and Cathy. So sorry to hear of your loss. Our prayers are with you.

Cathy, Ken and Casey. I was so shocked to hear of Kenny’s passing. I remember the bright red headed little guy that I used to babysit with some. Cathy it seems like we have known each other forever and lots of great memories with Kenny’s grandmother Barb. I am sending you my prayers for your loss. May God give you peace of mind as you go through this time of grief.

From James and Diane Becker...

Ken, Cathy and Casey – We just read about Kenny’s passing. We are so deeply sorry for your loss. We’ll be thinking about all of you during this difficult time

So sorry to hear of Kenny’s passing. Thoughts and prayers to your family!

Dear Kathy, Ken, Casey and Andy
Oh no. So sorry to read of Kenny’s passing. He and my son, Franklin, were best buds in elementary school. He was always welcomed out at our house and was very nice. The last time I saw him was at Free State and he was putting on the mascot uniform. The attached picture is just how I will always remember him: red headed with a nice smile.
Phyllis Fantini

From Bob and Diana Lisher...

Cathy, Ken and Casey- our thoughts and prayers are with you during this difficult time.

Ken, I am so sorry to read of Kenny passing. May God be with you and your family during this difficult time.

Ken, Cathy & Casey-so terribly sorry to hear about Kenny’s passing. You are in our thoughts.

Ken, Cathy and Casey, we are very sorry to hear this news. Hugs to you all in this difficult time. 🙏 Kevin and Dana Wingert

So sorry, we love you Kathy

Cathy, Ken and family: Our hearts are breaking for you at this time in your terrible loss of your sweet Kenny. We are here for you if there is anything you need. Hugs are being sent your way!!

Cathy, Ken and Family
I’m so sorry. I’ll always remember your cute little red headed freckled face boy. I pray that you find strength to some day be at peace. Tracy Wingebach

I’m so sad about Kenny. I always loved him.

Ken, Cathy & Casey, so sorry to hear about Kenny.
Thinking of all of you during this difficult time.

We are so sorry for your loss, Cathy and Ken. I have fond memories of Kenny in my kindergarten class. He was a joy to work with.

From Jim and Lisa Buerman...

My heart is breaking for you. You are in our prayers and thoughts.

I can not believe thia ia true. I keep hoping I’m just going to wake from a bad dream. Kenney and I had a tumultuous relationship over the years we new each other. At one point he was one of my better friends. We had a falling out over aomething that in retrospect was very feivilous and small. I really wish we coukd of made a mends I cannot believe he ia gone . I love and will miss you Kenney my thkigghts and prayers go out to your close friwnds and family’s. I wish you eternal peace brother. Who knows maybe one day we shall meet again.

Cathy, Ken and family. I’m sorry for your loss My thoughts and prayers are with you.

Cathy Ken and Casey
We are very sorry to learn of Kenny’s passing. Our thoughts and prayers are with all of you.

Dear Ken, Cathy, and Casey – I was saddened to read in the paper this morning about Kenny’s death. John and I send our heartfelt condolences to all of you. My most recent memory of Kenny was when he worked at Runza. He was so friendly and always greeted me with a smile. He was great with all the customers!! We are sorry for your loss.