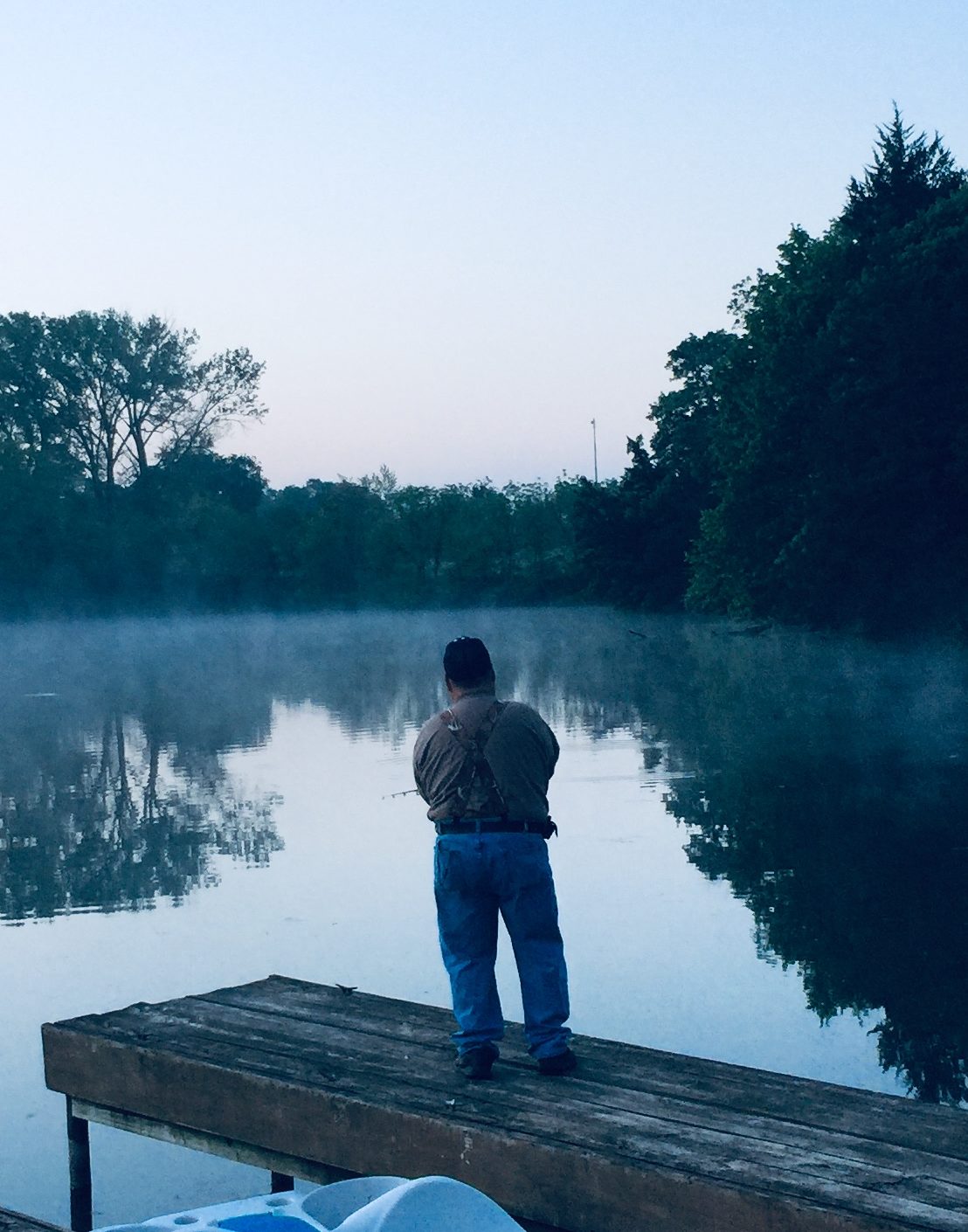 Services for William “Bill” Huckabey will be held at 12pm on July 23, 2019, at First Pentecostal Church of Kansas City. A visitation will be from 10 am to service time.

Bill was born on September 7, 1955 in Kansas City, MO. He went on to work various jobs, and was even the drummer of a Gospel group, Solid Gospel, and also played the drums on another Gospel album. In the spring of 1980 he became a heavy construction laborer for Union 663 and was contracted out to Hunt MidWest Enterprises where he worked faithfully for 22.5 years.
He met his wife, Silene (Hoggatt) Huckabey, on a blind date and they married on May 19, 1978. They had two children, Marcelle Lynne in November of 1979 and Joshua Leon in May of 1982.
They, with their children, attended the First Pentecostal Church of Kansas City, where Bill was a member for 39 years.

Bill is survived by his loving wife of 41 years, Silene Huckabey of the home, His daughter, Marcelle Fowler, Son in law, Joe Fowler, and three grandchildren; Joshua, Caleb, and Faith; two brothers, Paul (Allison) and Bobby Huckabey, and one sister Patricia Christ (Carl) and many nieces and nephews.

He was preceded in death by his son, Joshua L Huckabey, his father, William A Huckabey, his mother, Nora B Huckabey, and two sisters, Elizabeth Lopez and Rebecca Lewis.

To know Bill was to love him. He loved his family fiercely and loved the one God, Acts 2:38 Apostolic message even more. He lived his life solely for the Lord and his family. His absence will be loud, just as he was. He loved all things music and was an amazing drummer. He will be missed more than words can say…..Save a place for us; we’ll be there soon!

Dear Huckabey Family, I am sorry I did not make it to the funeral. I remember the last time I seen Silene and Billy at my job. I was joking around with them because usually it was Silene in the electric cart but this time it was billy I was joking with them and said you guys switched. I didn’t know he was so sick. I used to love to listen to you play those drums you gave it your all. You are the best drummer I have ever heard. R.I.P. my friend.

Billy, to me you were a great friend when we were growing up. I have always cherished the times in KC and when you visited here. Loved your family and all the old friends in our group. You were an inspiration to so many. You know you were loved but I hope you know how much you will be missed. Words can’t Express our lost but to know what you have gained makes everything a little easier. You will always be remembered. So long Billy boy. See ya.

Take your rest in the Lord brother Bill .
Blessings and prayers for the family . May you find comfort knowing because of Christ, we will all meet again .

So sorry to hear about Billy’s passing! Great person 😔

Oh Billy How I never wanted to hear this but I know you had a Grand Welcoming in Heaven My Dear Friend! For I know you have long waited for this day to see your son again but their were many others there too. You dance on those streets of Gold and Play the Drums for the Best Choir in the Sky.
Do me a favor now that your there tell my Grandmas I Miss Them and my Aunt Diane and Uncle Jim too! Hope to see you again one day my friend!

I dont know where to start we had so much fun as kids together. We always played games and all kinds of stuff. He will always be in my heart and soul, a wonderful person and son of God. Plus a wonderful talented human being, the best drummer ever. Love u my dear sweet cousin may you rest in peace, no more pain. Love Lorrie Bellis

RIP my dear precious nephew!
Thank you for the example your life was for all who knew you. Billy, you will always have a very special place in my heart.
Love & Hugs, Aunt Connie

Patsy my heart goes out to you, Paul and Bobby I can’t be sad I know where Billy is, all my love to you all

My Dearest Big Brother! Billy No words can describe
The loss I feel for you. You were a strong talented soul. Who was a Man of God. I know you had a awesome reunion seeing your son Joshua, Mom, Lucy, Becky, Joey. You were the best brother growing up. Always protective. A Great Husband of 41 years to the love of your life. A great Father and a great friend to so many. I will always love you and will miss you. Go rest high on the mountain. Your work on earth is done. Set free from all the pain you suffered from. RIP My brother.