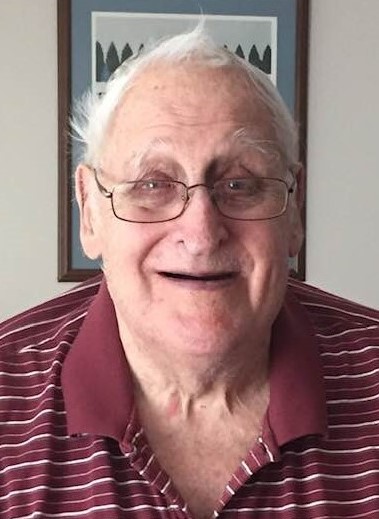 On Friday, August 9, 2019, Fred George Rau Jr., loving father of five children, eleven grandchildren, and four great-grandchildren passed away at the age of 79. We rejoice that he is now in heaven rejoined with his beloved wife of 36 years, Donna Dee Rau.

Fred was born March 2, 1940, in Berwyn, Illinois, to parents Fred Rau Sr. and Violet Schallau Rau. His mother died during childbirth and we celebrate that Fred will now meet his mother in heaven. Fred was raised in Maywood, Illinois and graduated from Proviso High School. On November 11, 1959, he married his high school sweet heart Donna Dee Wright and they were married until Donna’s death on May 9, 1997. Fred worked for the US Postal Service as a Mail Carrier for over 30 years until retirement. He resided in Glendale Heights, Illinois and then Glen Ellyn, Illinois. Fred moved to Lawrence, Kansas in 2016 to be closer to family and lived there for the remainder of his life.

Fred loved delivering mail to bring joy and a smile to everyone he encountered through-out his days. His life is characterized by diligent hard work in providing for his family. He held several jobs in addition to his full time post office career, and always found a way to attend his children’s sports and activities to support them. Fred and Donna were active members of the Good Shephard Lutheran Church in Glendale Heights, Illinois and later St. John’s Lutheran Church in Wheaton, Illinois where they led youth group activities and were always the first to volunteer to host events and tell their children and their friends about the Good News of Jesus Christ. Even during these last few months when his health was failing, Fred would still have a good word and friendly comment to bring Jesus’ love to his nurses and doctors to brighten their day.

The family plans a graveside service in Glen Ellyn, Illinois to celebrate Fred’s life at a later date yet to be determined. Condolences to the family can be sent in care of Rumsey-Yost Funeral Home, 601 Indiana Street Lawrence, KS 66044.

I am so very sorry to hear about your dad. He was such a caring, special man, so full of joy and fun. He was so proud of each of you and adored his family so much. I still remember Beth running down the driveway into his arms when we were little (as he was returning home from work) and the smile on his face! He always gave the best hello hugs and I missed seeing him when he moved away. I think of your family often and wish you comfort at this sad time.

I worked with Fred at the post office for a few years, he was a great guy. He will be missed

Very sorry for your loss He always had a big smile and fun stories Many fond memories of your parents and family , the best neighbors

So many fond memories of your folks (Fred and Donna) from our days at Good Shepherd and St John, and watching all you kids grow up to be special adults, raising amazing families. We rejoice in the victory your Dad is now enjoying in heaven with Donna. Together forever. Praise the Lord for allowing us to share their lives and to look forward to a reunion in heaven. Hugs and blessings to the clan. Maddie & Jack

So sorry for your loss. Your dad was such a nice man. It was great growing up with you guys as neighbors and later getting to see your dad at the White Hen Pantry when I would come back into town.

So sorry to hear of your Dad’s passing. He was a very nice neighbor, and enjoyed seeing him when he worked at the White Hen after he moved from Euclid Ave.

From JOE AND KAY KONOPKA...

WE ENJOYED FRED AS OUR MAILMAN AND EMPLOYEE AT THE WHITE HEN IN GLEN ELLYN,IL. HE WAS VERY CARING AND SO MUCH FUN TO BE AROUND! HE AND DONNA WERE A LOT OF FUN! WE SEND OUR SYMPATHY TO HIS CHILDREN & GRAND-CHILDREN.

Hi Tammy. Carl and I saw that your dad passed away and would like to send our condolences to you and your family.