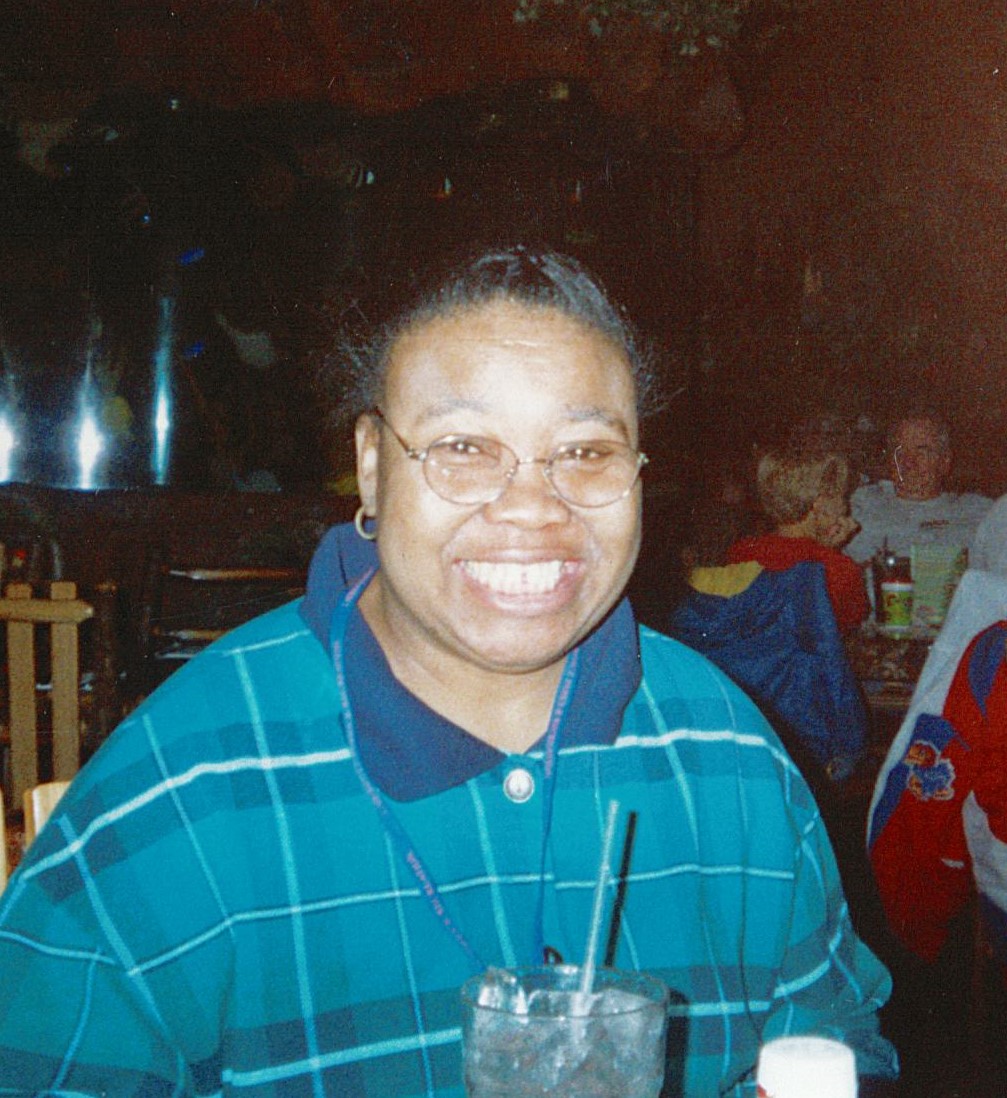 A graveside service for Mary M. Matthews, 73, Lawrence, will be 10am Friday at Oak Hill Cemetery.

Mary was born on July 2nd, 1946 in Lawrence, Kansas to Minnie May and Henry Allen Matthews.

Mary lived in several places throughout her life: Lawrence, Atchison, Parsons, Topeka, but often stated that she loved Lawrence the most and that all of her friends were in Lawrence. Her favorite childhood memory was putting clothespins in her hair and she often told her Cottonwood staff that her grandparents were “always real good to me” and helped raise her.

Mary was one of the inaugural consumers at Cottonwood when it was established in 1972, which began at the Bess Stone Activity center. She accessed nearly all of Cottonwood’s services and stated that Retirement was her favorite, because she got to relax and watch cowboy movies, the “The Price is Right” and soap operas, especially “The Young and The Restless”. Mary’s favorite jobs over the years were washing dishes at Molly McGees and bussing tables at PepperJax Grill. Mary was also an active participant in the KU Natural Ties program and stated that “my girls spoil me.” Mary was witty, clever, and enjoyed by everyone.

Her astonishing memory for birthdays astounded all of us. Mary’s health deteriorated as the years passed and she transitioned from Cottonwood services to skilled nursing care in 2014, first in Topeka and then at Brandon Woods in Lawrence.

She loved good food, music and music trivia, dancing, swimming, painting, traveling, attending the Community Church of God with her close friend Barbara Clark and visiting with friends and her “baby sister,” Martha.

She is survived by one sister, Martha M. Matthews of Lawrence; one cousin, Floyd Matthews of Eudora; Kansas; and cherished friend, Barbara Clark of Lawrence, Kansas.

Mary was sweet but sassy and loved to tease. She will be missed by a host of friends who knew and loved her very much.

Friends may call from 9am to 8pm Thursday at the funeral home.

Memorial contributions may be made to Cottonwood, Inc. sent in care of the funeral home.

I just loved Mary, she was so fun to be around, always had a smile on her face, and loved music! I still can’t believe how she knew so many songs and artists! She is so missed here and in my heart

Mary was a beautiful and sweet sole. RIP Mary I will miss you!

I met Mary years ago at Bess Stone Activity Center. She was always smiling and friendly and had a positive impact on everyone around her. My deepest condolences to her sister, Martha, her family, and all of her many friends. She will be missed.

I worked at Cottonwood from 78 thru 80. Mary was always so kind and caring. She enjoyed teasing and joking with all us.
I’m glad I got an opportunity to know Mary.

Time has come to say goodbye my friend. Sometimes God sends an amazing person to come into your life at the right time and make a difference in your life. I will cherish her memory always. I love you Mary, but God loved you more. I will miss talking to you and seeing your laugh and smile. You will be missed.

I loved my sister Mary a lot. I loved to talk to her about our soap. The name of the soap is The Young and The Restless. She would call me Martha Baby. I think about her every day. I am going to miss her.

I first met Mary in 1971, when I was an aide at Wakarusa Manor Nursing Home. Mary lived there before Cottonwood was established. Whenever my husband and I saw either Mary or Martha, they always remembered us, and she will be missed.

she was an nice lady to be around 🤗.

Mary would always come up to me and say “That’s my buddy”. I never did completely differentiate her from her sister. They looked like twins. She was always very friendly and always remembered me.

Mary was such a sweet gal and was always positive, uplifting, and a real joy to share conversation. Mary impacted many and she will be remembered.

Mary will be missed by her many friends at Cottonwood. She had a great sense of humor and was really fun to be around. Once she found out your birthday, she would always remember it!

Mary will be missed by night shift at Brandon woods. She was a wonderful lady.