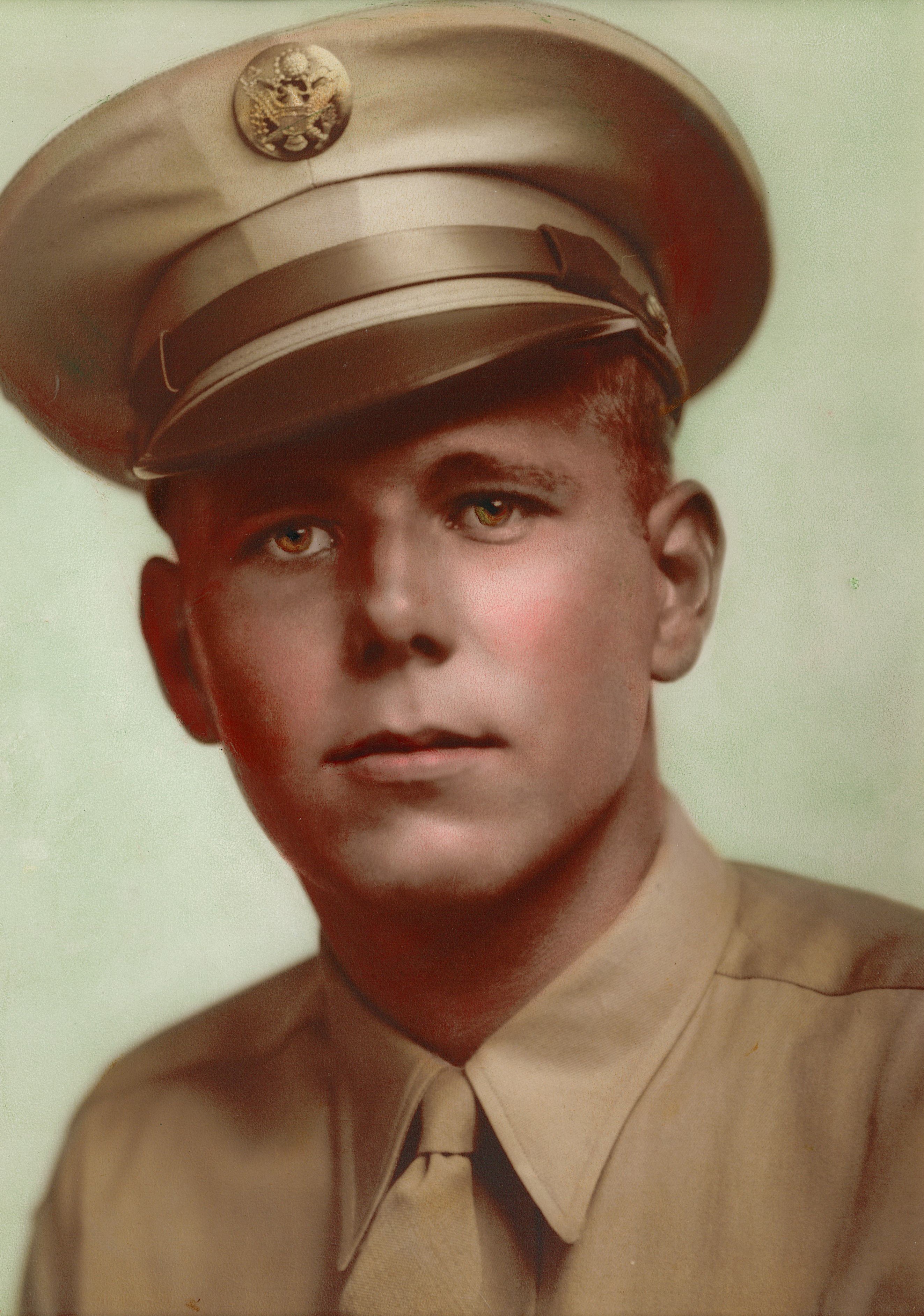 Edward Stuart Bumgardner passed away September 13, 2019 at Lawrence Presbyterian Manor at the age of 96. He was born June 12, 1923 in Lawrence, the son of Dr. Edward and Stella Stuart Bumgardner. Dr. Bumgardner was a dentist for many years in Lawrence and Stella was a schoolteacher.
Ed grew up during the depression and began doing odd jobs when just a child. He worked for the Journal World part-time and was also in the National Guard before he graduated from Liberty Memorial High school in 1942. After graduation he attended the University of Kansas before enlisting in the Army Air Corps to help the World War II effort. He moved up to Technical Sergeant during the three years that he served our country. He trained soldiers how to use the guns in turrets in B-24 and B-29 bombers.
After returning from the war Ed graduated from the Chillicothe Business College. On June 1, 1947 he married his high school sweetheart Annette Schowengerdt at Danforth Chapel. In 1951 he began work as an accountant for the Jackman Family, which he continued to do for over 44 years.
He was a Mason at Acacia Lodge No. 9 and a member of the American Legion Dorsey-Liberty Post 14. Ed is survived by his wife of 72 years Annette Bumgardner of Lawrence; son John Edward of Golden, Colorado and his wife Kory; granddaughter Erica Bumgardner of Littleton, Colorado; grandson Nathaniel Currey of Calgary, Alberta; and great grandson Lochlan Edward Bumgardner of Littleton, Colorado.
Ed requested no service. Inurnment will be at Memorial Park Cemetery in Lawrence. Memorial contributions can be made to Lawrence Presbyterian Manor Good Samaritan Fund or the Lawrence Humane Society, P.O. Box 1260, Lawrence Kansas 66044. Ed will be missed by all that knew him.

Rest Edward, until you hear at dawn,
the low, clear reveille of God.

Thank you for your service to this nation.

I so enjoyed knowing your dad! On my lunch dates,with my mom, a highlight was visiting with your parents during lunchtime! What a special man he was and he lived a meaningful & long life!

I can still remember Ed’s wonderful laugh. He and my dad and Beverly will get together at my house and Laurance drink a few Budweiser’s and joke around. I felt privileged to be included in their presence. I remember when he returned from the war he brought back a few artifacts most notably aerosol spray can that I think was used on mosquitoes and it was the first time anyone has seen an aerosol can. It was a one use only he pulled a pin and sprayed for about five minutes. He loved his Katie ribs when he came to Boulder to visit. He was a wonderful man and will be greatly missed

Ed was a fine man, liked by all, and wll be missed by all of us here in the Manor. My deepest comdolences to Annette and the family.