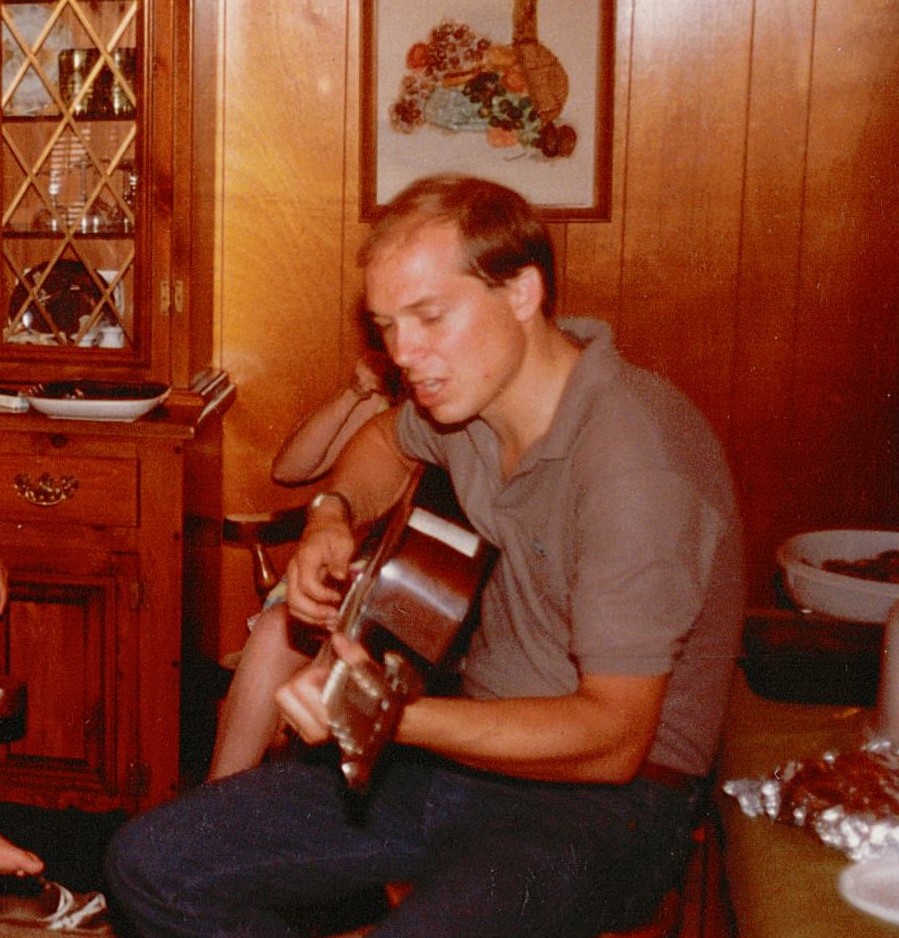 Keith A. Thompson passed away at his home on August 12th, 2019 after losing a 4 year battle with Als. He approached his Als diagnosis with bravery and a scientific mind .

Born to Warren Thompson and Doris Thompson in Pratt Kansas November 13 1954 Keith grew up in both Garden City and Lawrence Kansas with his Six Sisters in a little Gold house on Ridge Court street. He was an excellent student, musician, singer and an outstanding gymnast.

Keith worked at King radio and also worked for many years in the family furniture business at Thompson Furniture in downtown Lawrence. after our father passed away in 1979 Keith helped to keep the family business going…Keith and his young family moved to Dallas in the early 80s and started a business called the outdoor play company. Keith had an entrepreneurial spirit. And over the years worked in many facets of the construction industry from high End residential to commercial projects. During his time in Houston he traveled extensively with his sister Lisa and sometimes his mother Doris Thompson. Keith spent time in Guadalajara Mexico learning Spanish at a Spanish language school… He traveled to England, Ireland Scotland, and France. For the past 10 years Keith worked for the Thomas Company drafting plans and installing storage systems and various other structures in warehouses. He traveled across the U.S. in the course of his job. He loved exploring U.S. towns big and small. Keith was an incredibly kind person. In his final year he would visit neighbors in his wheelchair and always tried to make a difference in their lives. He would say they are lonely I am going to stop by to make sure they are ok or he would pay for a maid to clean a home when the occupant was too sick to clean. Keith was observant, had a sharp mind a kind heart. He was always interested in learning.

He enjoyed being a dad, brother, son, uncle, cousin, and being a grandparent. He loved coaching his kids and their teams in baseball, soccer and basketball. He had a beautiful singing voice, singing for the Civic Choir, many weddings and jamming with his friends. He taught himself how to work with stained glass and weld. For many years at Christmas he would give family members amazing stained glass items including boxes, churches complete with lighting.

Donations may be made in care of Rumsey Yost Funeral Home.

Keith’s death passed me by and I am sorry to see the news. He was a leader and ‘big brother’ in my LHS days and I regularly tell the tale of his full voice rendering of Don McLean’s “American Pie” and other songs in the gym locker after gymnastics practice. His engaging smile revealed his attitude that was upbeat and positive. He impacted many lives and will be missed. My condolences to his family and other friends.

My deepest condolences to Joyce, Carol, and Family. What a wonderful legacy that Keith leaves us all. He’s an inspiration to family, friends, and colleagues. I’ll remember him best as a classmate and friend of my brother, Shawn, when the Thompsons lived across from St. Mary school in Garden City, KS. May he Rest In Peace.

To the Thompson Family … I am so sorry for your loss. Keith was such a dear friend for many, many years … the memories are just endless. Thinking of you and sending comforting energy your way.

Doris, I am so very sorry to read this. It is so very hard when our children go before us and my heart goes out to you.

From Bruce Kirk and Pattie Gerecke...

We will remember Keith as always being kind, funny and very trustworthy. He was an awesome man to sit and chat with as he made you feel so comfortable. We will miss him greatly. Our condolences to all the family.

From Mike and Barbara Malone...

Audrey and Matt,
We have such fond memories of your father. He was kind, funny and talented. We are sorry for your loss.

I also went to high school with Keith and had the privilege of being his family dentist in the 1980s in Lawrence. Keith had a mischievous sense of humor: he watched “Marathon Man” with his kids and got his son to come in for an appointment asking “is it safe?”
Rest in peace and thanks for the laughs.

Will miss Keith at tailgate. Our condolences to all of his family.

Carol and family. I’m very sorry for your loss.
Michel

I am very sorry to learn of Keith’s passing. I was a high school classmate and friend of Keith’s and bandmate of his in a number of rock bands in those days. Keith had an amazing singing voice. He was a good friend and a truly warm and caring individual. Tonight I’m listening to the recordings he and I made together almost 50 years ago and mourning his loss.

Keith will be greatly missed getting to spend alot of time with him before his passing made me see and learn alot about Keith. Rest easy now Keith ❤️

I went to high school with Keith and truly loved being in music with him. Keith was a very kind soul and I very much loved being around him. Very sad to lose him. I have thought of him off an on through the years. I know he is at peace and comfort now. I will pray for all those left behind.

Carol & Family, so sorry to here the loss of Keith. I worked with Keith back in the day @ the Kansas Color Press. He always had a smile on his face and was friendly. He’s at peace now and resting in God’s arms. May God comfort you all during this difficult time.

Did not know Keith very long , but just know he brightened the day for all when he was around. 🙏🙏❤️❤️