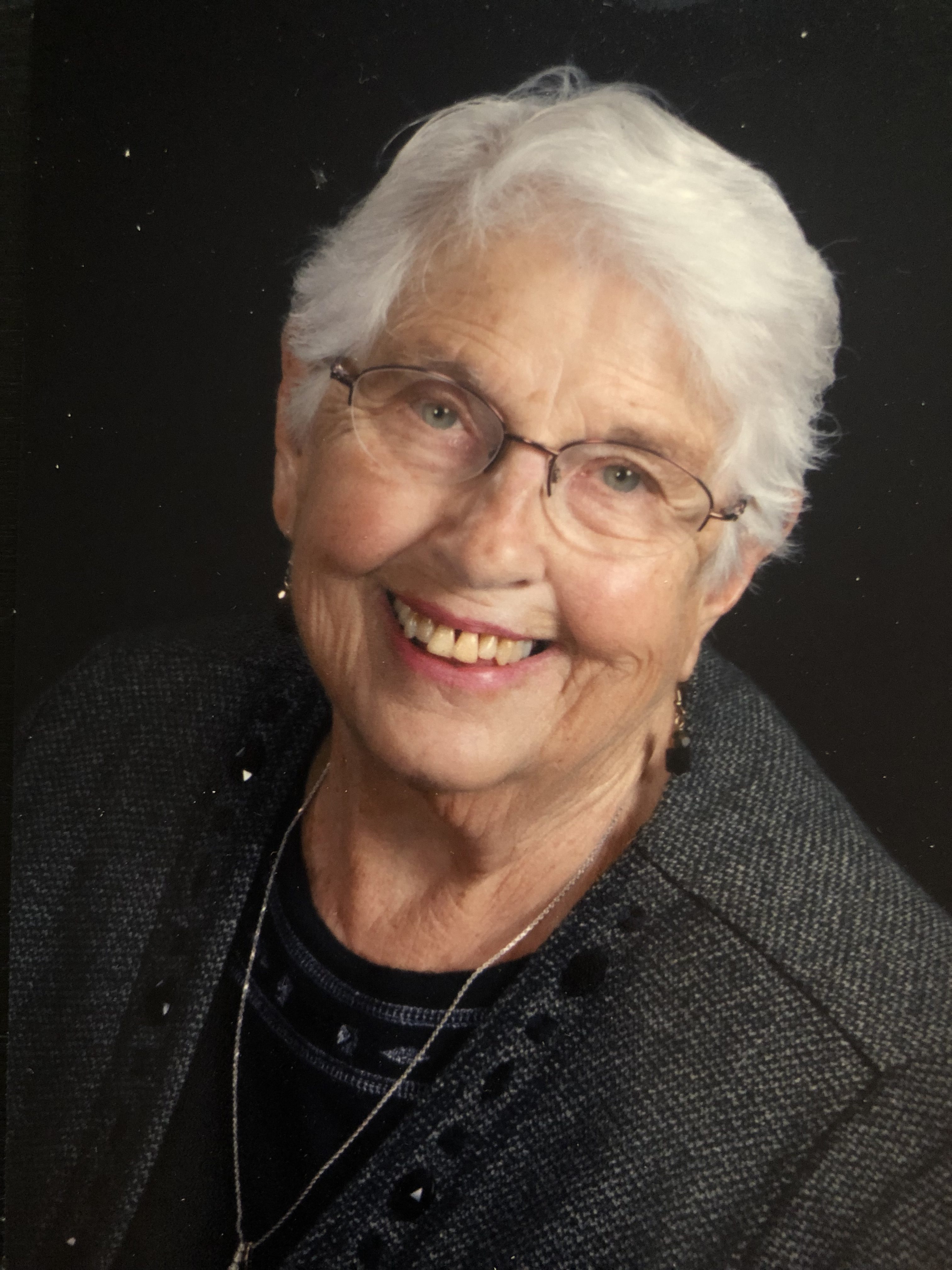 Celebration of life services for Joyce Turner Hoffman, Lawrence, will be held at First United Methodist Church, 11 AM, Monday, October 14, private inurnment will follow at Oak Hill Cemetery for the family.

She was born August 30, 1926 in Mitchell, South Dakota to Charles and Lulu Turner.

Joyce was raised and attended Ethan, South Dakota schools and Dakota Wesleyan University and spent her early career as a school teacher.

She married Gerhart “Gary” Hoffman on June 20, 1948 at First United Methodist, Mitchell, South Dakota. To this union five Children were born and they celebrated sixty-four years of marriage until Gary’s passing in 2012.

In 1963 they relocated to Lawrence, KS where Joyce was an active member of the First United Methodist Church, serving as a Sunday school teacher, and on various boards and committees within the church.

Joyce grew up as an only child and her desire was always to have a large family. That desire for a large family blossomed and her unconditional love to all of her children, grand children and great grand children was her focus throughout her life. Her most cherished times were with her family, celebrating the Holidays.

The family will greet friends at Rumsey-Yost Funeral Home, 3-4:30, Sunday, October 13. Memorial contributions may be made to First United Methodist Church in care of the funeral home, P.O. Box 1260, Lawrence, KS 66044.

What a beautiful picture. It captures the essence of her kind, warm and loving personality. She was such a classic human being. Zoe and I loved her so much. She took us in like family. I pray the wonderful memories of Joyce help all of you through this difficult time. Rest in peace Joyce.

So sorry to hear about the loss of your mother. Our thoughts and prayers go out to you and your family.

Dear Scott and family- My mom and Joyce would get together on Fridays for lunch and then get into mischief. Sometimes I could barely see if anyone was in the car, when they took off. Maggie will miss Joyce so much, she is so glad she got to visit Joyce several times in Pioneer Ridge. Prayers for Joyce and happy memories.

From Wes and Nancy Kabler...

For the Hoffman Family. So sorry to hear about the loss of your Mom. You’ll always have happy memories. You were blessed with great parents.

So deeply sorry for the loss of your mom. She was such a lovey lady. Hugs and prayers to all of you.

Scott and Donna, sorry to read about this. If you guys need anything, give us a jingle. Thoughts and prayers with you.

I am so sorry for your loss. Your mom and dad were such lovely, wonderful, warm and caring neighbors and friends. Our girls adored visiting with them in our mutual backyard for countless hours. I used to think that we were imposing, but I now understand how much they loved and cared for Annie and Emily. I will never forget your mom’s cherry pie and your dad’s wonderful gardening tips.

May they rest in peace with all the angels and saints.

From David and Nancy Lahm...

So sorry to hear of the loss of your mother. Our thoughts and sympathies are with your family during this difficult time. May your memories bring you peace.

Dear Hoffman family, I want you to know how much I will miss Joyce. She was a wonderful, kind hearted person. I will really miss our visits. I hope all your wonderful memories of Joyce will bring your family peace during this sad and difficult time. I know she is not suffering any longer! Rest in peace dear friend!