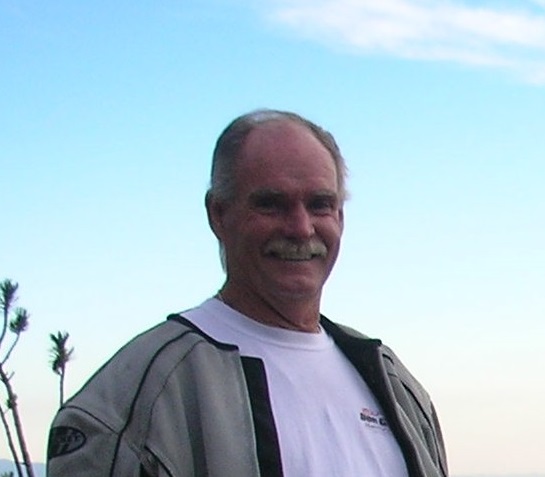 Services for Wayne “Butch” McMullen, 74, Lawrence, will be 2:30 p.m. Monday at Rumsey-Yost Funeral Home. Burial with military honors will be at Oak Hill Cemetery.

Wayne’s battle with cancer ended, October 1, 2019, at his home, surrounded by his loved ones.

He was born January 11, 1945, in Carroll, Iowa, the son of Melvin Lee and Dolores Maxine McGee McMullen. He graduated from high school in Chapman, Kansas and received a scholarship to Ford Tech.

He had a love for adventure and a passion for anything with an engine. Wayne was encouraged at a young age to race Go-carts. He continued racing and winning with Dirt Bikes, Derby Cars, ATV’s, Dwarf Cars and Mod Lites. Wayne and wife Sheryl traveled the U.S. seeking adventure and enjoying the beauty of America. His motto was “Work Hard and Play Harder”.

Wayne and Sheryl were married for 36 years. She survives of the home.

He was preceded in death by his parents and grandson, D’Vaughn McMechan.

The family suggests that in lieu of flowers, memorial contributions be made to Lawrence Visiting Nurses/ Hospice, www.kansasvna.org or Hope Lodge Memorial Foundation in Nashville, Tennessee, www.cancer.org, or sent in care of the funeral home.

I only had the pleasure to meet Wayne a few months ago when I was introduced to him by his daughter Christine. I wish I had the chance to get to know him better. My deepest condolences.

James (Jimmy) Thinking of all of you during this difficult time.

My deepest sympathies to you all!