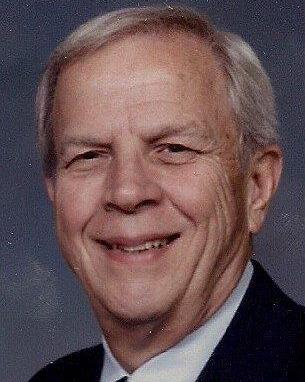 Roger passed away December 26th. 2019. He willed his body to KU Medical school for research.

Celebration of life for Roger will be held at the Eldridge Hotel, 701 Massachusetts, Lawrence Kansas, February 8th, 4:00 to 6:00, in the Big 6 room.

He was born Feb. 16, 1923, the son of Alice Myers and C. Roger Allen Sr. He was educated first in Wichita, then graduated from Liberty Memorial High School in Lawrence in 1941. He then attended the University of Kansas, pledged and became active in the Phi Delta Theta fraternity until March of 1943 when drafted into the United States Army in division artillery , serving with the 75th, then the 97th Infantry Division in the European Theatre, then in the Asiatic Pacific – one of only two divisions to do so in World War II.

He was honorably discharged Feb. 20, 1946, and returned to Lawrence and KU, graduating in 1950 with a BS in Geological Engineering. He worked for Cities Service Oil Co. in Montana, Mississippi, and Alabama, resigning and returning to Lawrence and to Fritz Co., a Firestone dealership his father owned and operated, to manage same.

He married Jean Saffell on July 12, 1952, in Wichita. They returned to Lawrence where Jean was a teacher at KU and they both participated in some civic activities while also raising a family. Roger, as a Cities Service Oil Co. representative participated in some award ceremonies for 4-H work. He chaired a couple of HELP KU fundraisers, and was a past board member and past president of the original noon Rotary Club.

In 1971, he sold Fritz Co. and hired on with the Kansas Department of Transportation as a Civil Engineer and ultimately served as Program Engineer and budget consultant for the State Highway System, retiring in 1987.

Mr. Allen was preceded in death by his parents, wife Jean, and son Chuck. He is survived by sons Chad and wife Sherri Allen, Tim and wife Patty Allen, and Tom Allen; daughter-in-law Renee; seven grandchildren, 13 great grandchildren; a sister-in-law Pat Siemens and husband Joe; and several nieces and nephews.

Online condolences may be sent at rumsey-yost.com.

Roger was a great man who reflected the best of the Greatest Generation, men who served, were selfless and who had a cheerful and wise countenance. He will be missed greatly by his family, and by me. I send my condolences and prayers to his family.

My prayers with you and your family He kind man I now .

Our thoughts and prayers go out to the Allen family for their loss. May the family find strength to endure the loss of a Great Man, and loving Husband, Father, Grand Father and Great Grand Father. I enjoyed my times talking with him, as well as the rest of the family. He will truly be missed. May God Bless.