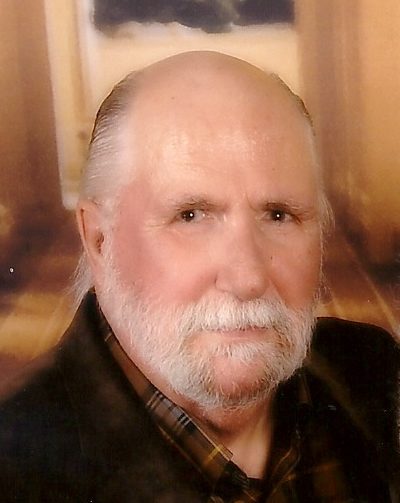 Mr. Waisner went to be with his heavenly father, parents and grandparents on May 15, 2020 surrounded by his loving wife of 54 years, his family and his loyal dog, Oliver, at his home.

Wayne was born November 10, 1946, in Sedalia, Missouri, the second son of George Roe and Luella “Lorraine” Neffendorf Waisner. Wayne attended the one room school house at Clinton School, West Junior High and graduated from Lawrence High School in 1964. While in school, he was greatly involved with FFA.

Following graduation, Wayne worked for LRM Industries as an asphalt plant operator and dispatcher for 43 years until his retirement in 2010.

He was united in marriage with his high school sweetheart Carol Ann Weaver on July 25, 1965 in Lawrence. She survives of the home.

Wayne attended Clinton Presbyterian Church as a child and continued to be supportive of the church throughout his life. He was a faithful member of the Lone Star Church of the Brethren where he served on the Stewards Committee and was a Deacon. He was an avid dirt track racing fan traveling to races in many states including attending the Knoxville Nationals for over 30 years and Chili Bowl for 27 years. He coached baseball for many years for his two sons, Scott and Steve, and enjoyed helping his grandsons, Joe and Josh, with quarter midget racing, cheering his granddaughter Sarah throughout her volleyball career and following all of the sports his grandchildren and great grandchildren participated in. Wayne dearly loved his family and would not miss any event that included his grandchildren or great grandchildren.

He was preceded in death by his parents.

At Wayne’s request, there will be a closed casket. Friends may call at the funeral home from 9 am to 8 pm Wednesday at the funeral home. The family will receive friends to celebrate the life of Wayne from 4 to 7 pm Wednesday on the grounds of Lone Star Church of the Brethren. To the safety of all attendees, the family asks for everyone to maintain social distancing and to wear face coverings. In the event of inclement weather, there will be a drive thru visitation.

The family suggests memorial contributions to the Lone Star Church of the Brethren or Clinton Presbyterian Church, sent in care of the funeral home, PO Box 1260, Lawrence, KS 66044.

Please click below to view a slideshow of Wayne.

I’m so sorry for your loss Wayne was a great but kinda ornery guy you will have great memories to hold onto. I met Wayne when I was in high school with Barb and my family owned Stricks across from LRM seemed like every time I filled in for someone Wayne came over to get something to eat. Hold on to your memories but losing a loved one is always hard.

Dear Carol and Family. I’m so sorry to hear of Wayne’s passing. He was a great person and much loved by everyone who knew him. Sending you and your family much love and prayers for peace.

Condolences to Carol & family. Sadly Wayne will be greatly missed.

From Tom and Brandi McNish...

So very sorry for your loss.
Thoughts and prayers to the entire family.

From Curtis and Douglas Wright...

Sorry for your loss ,, —We lost a good “Dirt Tracker”

To Carol and family, We are so sorry to learn of Wayne’s passing. Sending our sincere thoughts and prayers that through your many memories, God will give you peace.

From Mike and Sandy Patchen...

Carol and family, our thoughts and prayers are with you. May the good memories be of some comfort. Mike and Sandy

Deepest sympathy to the family for your loss.

So sorry to hear of Wayne’s passing, our thoughts and prayers are with you and your family Carol.

I knew Wayne from working at LRM. I always admired how well he handled things when days were not going well, and there were a few of them at LRM. It brings a little smile to imagine his tension that racing season would be delayed or worse, cancelled this year.
Rest well, brother, well done.

Wayne, sorry that you had to leave….you gave it your best…

From the Woods family to the Waisner family. Our prayers and
sympathy’s. In your loss of Wayne.

Carol, Steve, Scott and the rest of the family. May you find peace and comfort during this time. May your memories give you joy and happiness when you are together. Love to you all.

Carol, Scott and Steven. I hurt for you. Wayne was one of my first friends and luckily still a friend until his passing. Steve was was accepted readily and enjoyed being with you both. Our love and prayers Steve & Becky

Sorry to hear of Wayne’s passing.
Gerald has reminisced with stories of him and Wayne in high school and the time they worked together at Craftman.

So, sorry to hear of Wayne’s passing. I enjoyed the relationship I had working with Wayne at Lawrence Asphalt and seeing him at the Chili Bowl races. Wayne will be missed. Our prayers are with the family.

So sorry for your loss. Prayers and thoughts for the family.

Carol, Scott and Steve, you are in my thoughts and prayers. We were neighbors for many years and I always enjoyed Steve when he visited my son, Lawrence. They were good friends and Steve was one my kids. I pray God will comfort you and give you strength. My love to the Waisner family.

Carol and family, so sorry of the passing of Wayne. At this time no matter what is said you, as we aren’t walking in your shoes. I had the fun of square dancing with ever one at Salina. Big hugs to you.

From Lucius and Jan Turner...

Carol and family. Lucius and I want to extend our sincere sympathy to you and the family. We will continue to lift you up in prayer. We are so sad Wayne has passed.

Carol, so sorry to hear of Waynes passing. It was a pleasure knowing and working with Wayne for so many years. He was a good friend and he will be missed.

We are saddened by the death of our friend and family member. Carole, we are thinking of you, and hope your memory of your most happiest days help heal your heart. ((( hugs))). Mike, Kathie and Erma Worley

So sorry Carol, I am so surprised if his death. This is a hard time for you right now but life will get better. God is with you and will have his hands on you as you go though this hard time. My prayers are with you.

From Bill & Joyce Rowland and Family...

Carol, Scott, Steve and Family. We were so very sadened to hear that Wayne passed. We have such fond memories of our beginning years together. May God give you Comfort & Peace.

I’m shocked to hear about Wayne. Last time I saw him was at Shirley Harrell’s birthday party. Prayers and condolences to the family.

Carol, we were saddened to read this. I always liked Wayne. Got to know him at L.A.C. He always had some wit and wisdom, and a good story. Great man that will be missed by all. You are ib our thoughts and prayers. If you need anything just ask. God bless Wayne, you, and your family.

So sorry. Carol, Scott, and Steve I want to give each of you an extremely big supportive, emotional hug, but obviously we can’t do that, so please please know that I am thinking of you.